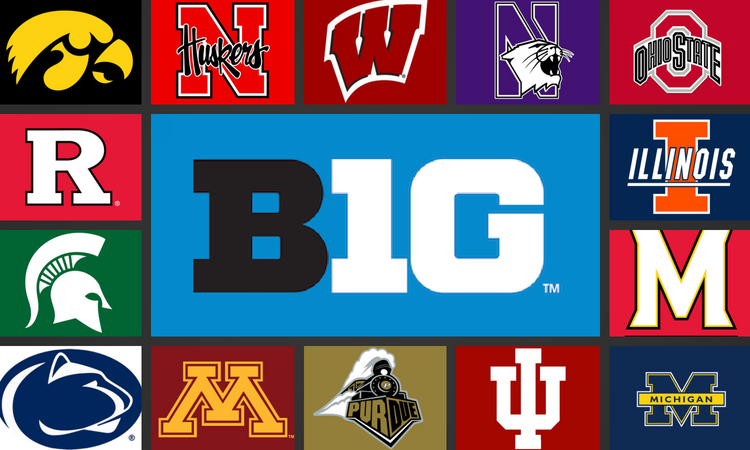 Taylor Woodson, a 6-foot junior guard from Hopkins (MN) High is ranked as the second-best junior in Minnesota by Prep Hoops and is the #27 player in the country in the Class of 2023, according to ESPN. Woodson has scored in double figures in seven of eight games this season and is averaging...

Taylor Woodson, a 6-foot junior guard from Hopkins (MN) High is ranked as the second-best junior in Minnesota by Prep Hoops and is the #27 player in the country in the Class of 2023, according to ESPN.

Woodson has scored in double figures in seven of eight games this season and is averaging 16.0 points per game as the Royals are off to an 8-0 start. She scored a season-high 22 points versus St. Paul Como Park and East Ridge.

Woodson averaged 16.3 points per game last year, scoring in double figures in 13 of 15 games and had 20 or more points in six contests. She had a career high of 24 points against Edina. Hopkins finished 16-1, losing to eventual state champion Chaska 67-62 in the Class AAAA state tournament semifinals, snapping a 78-game winning streak.

GopherHole recently caught up with Woodson after their 91-59 win over Appleton East to learn more about recruitment and upcoming sophomore season.

GopherHole: You play on one of the most talented teams in the state. How much do you think playing, not only in games because you are in a really tough conference and play Eden Prairie and Wayzata in your conference, but even just playing against these girls in practice helps you as a player?

Taylor Woodson: Honestly, I just try to have fun with it. Soak up everything. Past players before me that are now in college. Soak up every piece of information. Play everything I can, honestly. It’s all about having fun because you know “time flies” and all of a sudden, I’m graduated and on to college, so it’s all about soaking everything up right now.

GopherHole: You are a junior already. Does it even seem that from your freshman year to now has gone fast?

Taylor Woodson: Yes. I’ve been doing this since seventh grade. It went by like a blink on an eye, so it’s all about soaking it in.

GopherHole: Now that you are a junior, colleges can start to contact you. Are you liking the recruiting process so far?

Taylor Woodson: I don’t mind it all, actually. It is actually a blessing because I know that some kids don’t have the option of doing so, so this is all a blessing. I’m just having fun with it.

GopherHole: Are you seeing how it can sometimes be a bit overwhelming at times?

Taylor Woodson: At times, it can be overwhelming, but then again, it’s like “why am I complaining,” because it doesn’t come for everybody.

GopherHole: A lot of college coaches were here today and some will be here tomorrow. What schools are you hearing from right now?

Taylor Woodson: Minnesota, Iowa, Michigan and a few other schools.

GopherHole: What offers do you have right now?

Taylor Woodson: I have 13 offers from schools around here.

GopherHole: What was the first offer?

GopherHole: I know with COVID recruiting has been a little bit weird. You haven’t been able to check out as many places as you would like. Have you had a chance to go to any football games or visit any campuses this fall?

Taylor Woodson: This fall, I have been to a few. It was nice to get out there, because like you said, COVID, I didn’t get a chance to really experience the recruiting process as much as other people have, but it was nice to just get the feel and more information on these schools.

GopherHole: What schools did you have a chance to visit?

GopherHole: Have all six of those schools offered you?

GopherHole: Minnesota has one of your teammates, Amaya Battle, is going to be there next year. Does that make you look at them a little differently knowing that she is going there?

Taylor Woodson: Like I said, I haven’t narrowed anything down with the recruiting process yet. I’m really just still feeling out these schools. That’s really what it is.

GopherHole: Coach Whalen had made getting the top in-state girls a priority. She has Battle and Mallory Heyer of Chaska, Mara Braun of Wayzata and Nia Holloway from Eden Prairie. I don’t know how well you know the other three girls, but they are four of the top five players in the state. Is that something that would appeal to you possibly to stay close to home where your friends and family could watch you?

GopherHole: Do you come from an athletic family?

Taylor Woodson: I do come from an athletic family, but it’s football, actually. My dad, (wide receiver Johnny Woodson) actually played for the Gophers.

GopherHole: Have you seen any highlights of him?

GopherHole: Did he play basketball at all?

GopherHole: Where did you get the love for the game?

Taylor Woodson: It was just kind of picked up at a young age. I was going from tennis to swimming. Trying out different sports and basketball just stuck with me. I don’t know, it was meant to be.

GopherHole: You had a very good AAU season. How much do think that has helped your play?

GopherHole: Last year, you had a great year, but got upset in the playoffs, snapping a 78-game winning streak. Is that something that you have talked about and getting back and winning that championship, because the expectations at Hopkins are always going to be super high?

Taylor Woodson: We did not like that feeling at all, losing last year. We use it as fuel, honestly, with each opponent we take the floor with. It’s just get them out the way. Dominate. Do what we do and when the time comes, we play Chaska, be ready. Honestly, it is just next man up. Next opponent up and keep doing what we are doing.

GopherHole: What do you like to do away from the basketball court?

Taylor Woodson: I really like baking. My grandma actually got me into that when I was younger, so it has just been baking, because it is like a different thing than basketball, so it fun to do.

GopherHole: What is your favorite thing to bake?

Taylor Woodson: Probably breads, like banana bread or pumpkin chocolate chip bread. That is my favorite.

GopherHole: What is it going to mean to play Division I basketball?

Taylor Woodson: Just having work ethic. Having that killer mentality. Short team memory. I feel like that is very important, because you can’t let stuff get in your head and stuff like that. Just keep working hard and keep your head up and keep working.