The Star Tribune has Minnesota winning 27-20
People have been waiting for the Gophers to play somebody, and now they will. Michigan State is coming off an 11-win season and Peach Bowl triumph, so the Spartans certainly have earned respect under coach Mel Tucker. Was last week's loss at Washington an aberration or a sign of things to come? The Gophers can help answer that question by continuing to play mostly error-free football, this time in front of a hostile crowd for the first time.

The combination of coordinators Kirk Ciarrocca on offense and Joe Rossi on defense has helped the Gophers maintain a calm, detail-oriented approach. Morgan is spreading the ball around, and Ibrahim keeps gaining yards after contact. A Spartans defense that allowed Washington's Michael Penix Jr. to pass for 397 yards could be something the Gophers can exploit.

If Minnesota's defensive line can keep Thorne from breaking contain, good things can happen for the Gophers because of their deep secondary, which is playing with confidence.

The Gophers took care of business in the nonconference season, building good habits that should help them on the road. Ibrahim is quickly re-establishing himself as one of the nation's best running backs, and that will continue Saturday.

The Pioneer Press has Minnesota winning 27-23
Gophers Offense Vs. Michigan State Defense: The Gophers are running the ball on 70 percent of snaps, and MSU has been good against the rush (26th in country), so Saturday could hinge on Minnesota’s ability to have success through the air. Edge: Spartans

Gophers Defense Vs. Michigan State Offense: The Gophers’ best defensive position group is its secondary, and it will need to prove it Saturday. WR Jayden Reed missed the Washington game with an injury, but Rossi said the Gophers are preparing for him to play. Edge Gophers

Prediction: The Gophers are 1-4 in Big Ten openers under Fleck, but this team has been all business in three dominant victories. This team will officially take pole position in the Big Ten West with an opening victory on the road.

Even their own predict us to win! 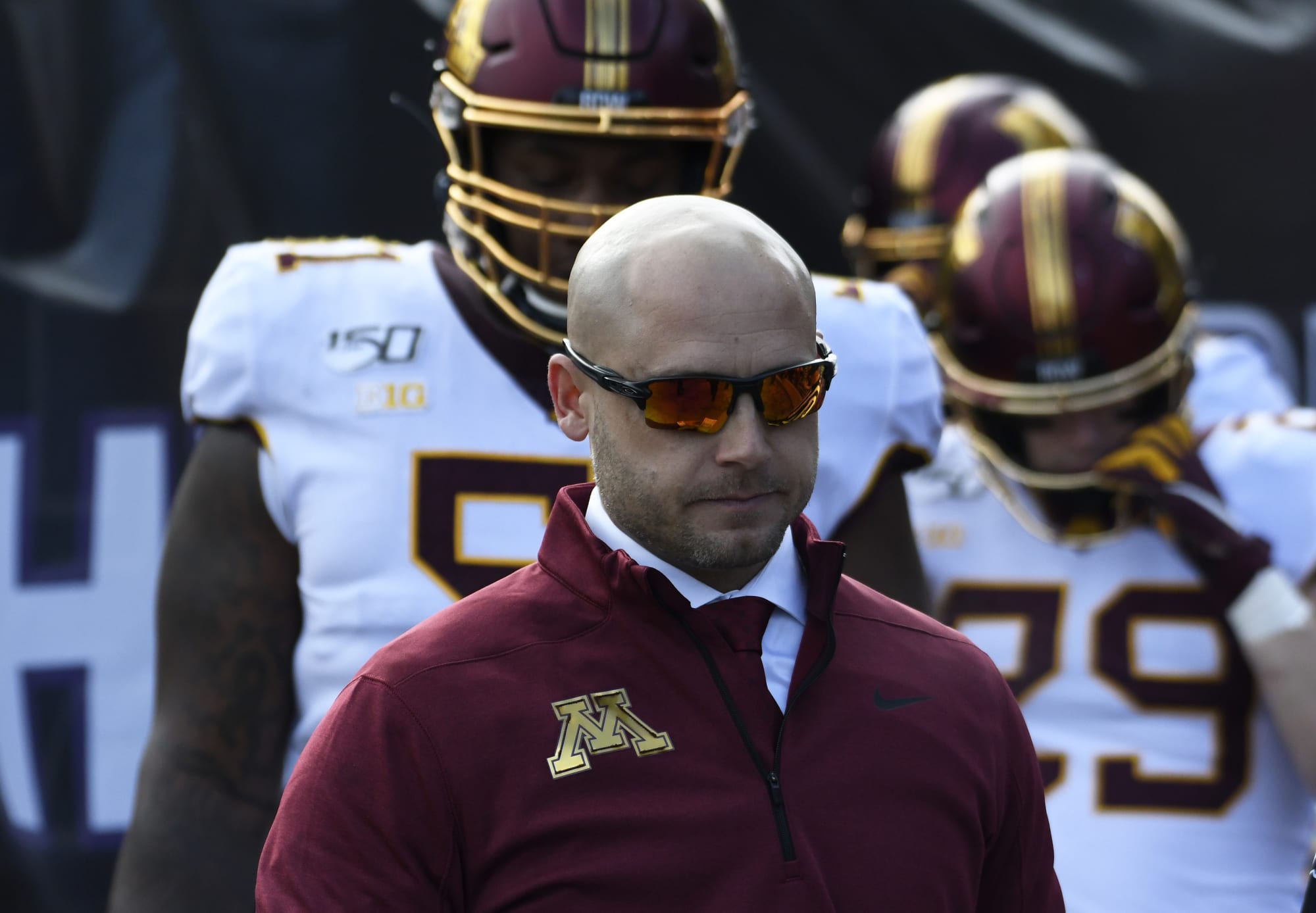 Earlier in the week, Noel Thompson of GopherHole was kind enough to reach out to me and ask me a few questions to get a Michigan State football writer's p...

Gopher Illustrated (247 Sports) has Minnesota winning 27-23
I know that Michigan State's offense will be among the best and most explosive ones that the Gopher defense will face all season, but I have a hard time believing the over on 51 hits here unless Minnesota's offense really goes off.

I picked this as a Gopher victory in my preseason prediction article, and I haven't seen anything that'll sway me from that through three games from either team. It'll be close, but I'll say Tanner Morgan and the passing game do enough to compliment Mo Ibrahim and the running game for the Gophers to earn a huge road Big Ten win.

Pretty Sure You are Wrong

He sits in on one BigTen Network show or panel after another and sees and proclaims any negativity that he can find as it relates to the U of M. He is amazingly consistent with his negativity.

It’s like the guys at the big ten network pulled him aside and gave him the old company line about always talking up the same name brand programs in the east and in the process he declared open season on MN.

I can’t recall, what did he predict MN would finish in the west? Fourth?

IceBoxGopher said:
Fan Duel’s prediction is Michigan State winning 28-23
It's fairly shocking to see Minnesota as the road favorite here. After all, the Golden Gophers have lost five straight games against the Spartans, with the latest loss — a 30-27 final score — taking place in 2017. Keeping that in mind, I expect that Michigan State will get the win on Saturday.

The truth is that the Golden Gophers haven't been tested much, if at all, this season. While the Spartans didn't get the win last week, they at least looked good in the second half against a Huskies team that's now ranked No. 18 in the nation. With this being Minnesota's first challenge of the year, I'm counting on Michigan State to bounce back.
Click to expand...

They would have been better off giving the score and no reason for their pick.....because the entire premise (in both paragraphs) for picking MSU is poor logic.

denguegopher said:
Oh, I hope that I'm wrong. I don't know if I get the "lazy" part of your argument. Yes, the players and coaches have changed, but I think that there might be a lingering psychological component. These guys are in their late teens and early (or mid 20's) now and assuming that they have followed college football since they have seen that Michigan State usually beats Minnesota, or is at least regarded as the stronger team most years. So, and I know this is not a slam dunk argument, but its still Minnesota vs. Michigan St and the Gophers are likely to lose to them. If there is a psychological advantage I hope that it has attenuated because they have not played a lot lately and things have been pretty even in the last 11 games http://www.winsipedia.com/minnesota/vs/michigan-state. But I still think that its there in some small measure. So if you think that this is a lazy view of the situation, its your right to have that opinion. Go Gophers!
Click to expand...

There's nothing psychological about a losing streak against a team that we haven't played for five years. I doubt most people would even be thinking about that....let alone some 18-22 year olds

stocker08 said:
There's nothing psychological about a losing streak against a team that we haven't played for five years. I doubt most people would even be thinking about that....let alone some 18-22 year olds
Click to expand...

I was WRONG! And I could not be happier about it!