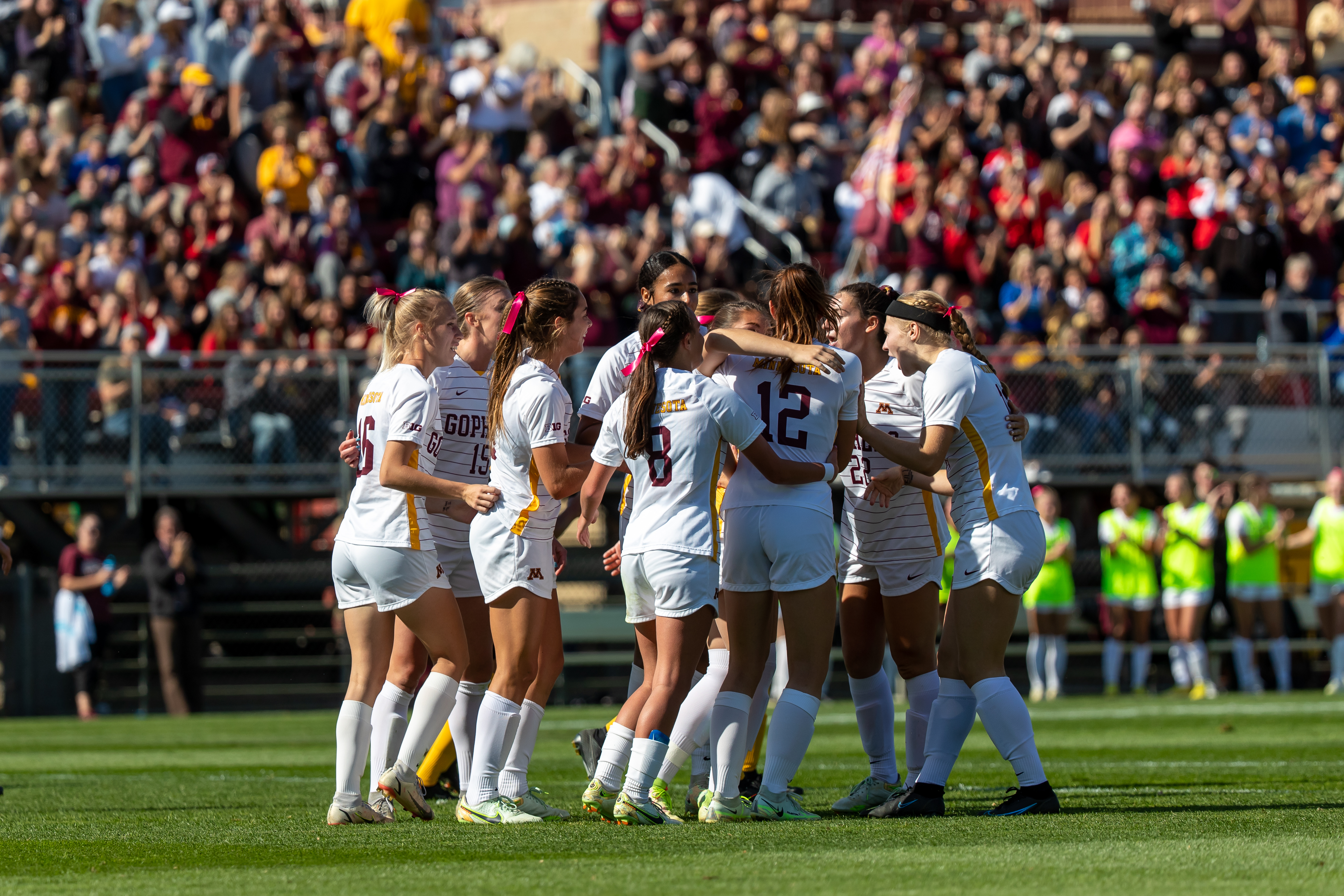 Minnesota pushed past Iowa in front of a record breaking crowd of 1,909 fans.


MINNEAPOLIS – Driven by a record-breaking crowd of 1,909 attendees, the University of Minnesota soccer team clinched the 1-0 victory over Iowa on Senior Day at Elizabeth Lyle Robbie Stadium.

Graduate defender Gabbie Cesarone scored the game winner off a corner from fellow graduate, McKenna Buisman. Cesarone's goal is her fourth this season, all of which have been off set piece plays.

Picking up her fifth shutout on the year, senior goalkeeper Megan Plaschko matched her season high six saves. Plaschko stopped all six of Iowa's chances, four of which came in the second half.
Click to expand...

Gophers came back twice and finish with a draw against #8 Rutgers. Does this result say more about Gopher's offense or Rutger's defense?
Last edited: Oct 14, 2022

Offense or defense? You decide

Minnesota takes down Maryland in College Park 2-1 with two of the season's best goals.

Gophers moved a step closer to the B1G tournament. Minnesota controlled the match from start to finish and finished the home season with a 2-0 win over Purdue.

Nebraska destroying Penn State, Iowa up two against Northwestern and Illinois tied with Wisconsin at the half. This win was huge.

Gophers finished the regular season with a 2-2 draw on the windswept Illini prairie. All goals were scored with the wind. Minnesota went up 2-0 in the first half. In the second half Illinois scored off a questionable penalty and then tied it on a rocket with about 2 minutes remaining.

Next up, I believe, is the B1G tournament against #1 seed Michigan State.

You had the lead and held the them scoreless in that first half, couple minutes into the second and you're already trailing. One coach adjusted while they the other one didn't. Story of the Gophers entire season.