Anyone know how the Iowa state scrimmage went on Friday night? Any observations about how the team looks compared to last year?
Last edited: Aug 13, 2022 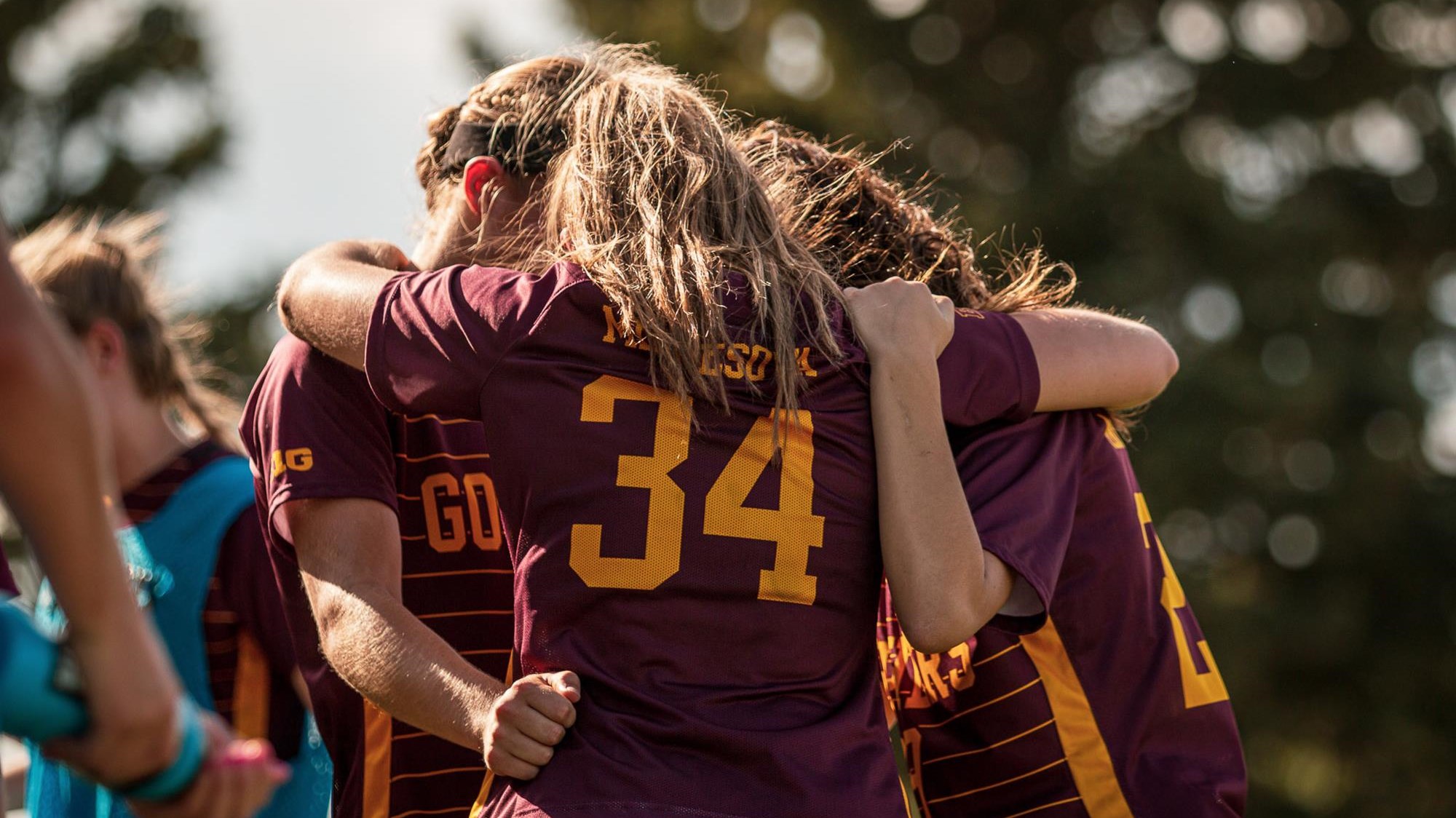 Following a nearly hour and forty-five minute lightning delay, Minnesota and Baylor played to a 1-1 draw. The Gophers took the lead early in the second half before conceeding the tying goal.

McKenna Buisman and Khyah Harper led the Gophers in shots with three, followed by Sophia Romine who notched two. It was also a night of firsts, as transfers Romine and Gabbie Cesarone made their first appearance as Gophers alongside freshman Sophia Barjesteh.

"We're disappointed with the tie," said head coach Erin Chastain. "I thought we played a great first half and beginning of the second. When we missed a few chances, we lost a little bit of our discipline. But this is our starting point and we're looking forward to competing against TCU, learning lessons and getting better from this one."

A quiet first half was highlighted by chances from Lauren Donovan, Buisman and Harper. Baylor matched Minnesota's offensive drive, but the lone shot on frame was saved by Megan Plaschko.

The Gophers' momentum picked up in the second half at the 52-minute mark with a bar-down goal from Harper. Harper hit the shot just outside the 18-yard box on her own. Minnesota kept up the pressure, adding four more shots on the Bears' keeper.

Despite posting only one save Plaschko came out big, diffusing multiple opportunities Baylor had in the final third. Through the 80th minute, she kept Baylor scoreless until sophomore Haven Terry evened the score.

Minnesota's next contest will take place on Aug. 21, on the road against TCU (0-0-1, 0-0-0 Big 12). The Horned Frogs are coming off a tie against fellow Big Ten opponent, Wisconsin.
Click to expand...

Buisman opened the second half netting a cool goal giving Minnestoa a 1-0 lead over #7 TCU. It was one of the Gophers few downfield sorties. The Gophers played about 80% defense today. Defense won until the 85th minute when TCU converted their 15th corner for a goal. That was quickly followed by TCU's 2-1 game winner.

Both teams missed a penalty kick in what was a fairly physical game.

Minnesota dropped a lackluster home opener to Cal Poly 1-0. The Gopher generated 5 shots on goal with the most notable coming off a cross with about 15 minutes remaining. A couple of minutes later, Cal Poly made a run down the Gophers left side and a cross found one of two Mustangs left unmarked in the box for the game winner.

Cal Poly totaled 3 shots on goal and no corners. Minnesota had 6 corners.

Gophers go down to defeat in Starkville 0-1. Following a scoreless first half a defensive lapse led to Mississippi State's winner.


And Van Loon with a missle

While I was at volleyball, the Gophers traveled to North Dakota for a 3-1 win.

Sophia Boman opened the scoring with a penalty kick and two minutes later delivered this gem:.

Gophers opened the B1G season by allowing a goal to Nebraska with 2:15 remaining. Husker's win 1-0.

If you're not gone score than at least don't let them score. Excellent play for four straight and then complete lackluster performance against a lesser opponent.

In the 77th minute, a very active Gopher offense netted the first goal undefeated Indiana has allowed all season. Then, Minnesota quickly added two more to seal a 3-0 home victory.

Gopher's pressure tied #9 Northwestern 1-1 with 20 minutes remaining...and then, before the celebratory smoke had cleared, the Wildcats attacked the Minnesota goal putting away the game winner. Gophers suffer hard fought 2-1 loss at the Robbie. 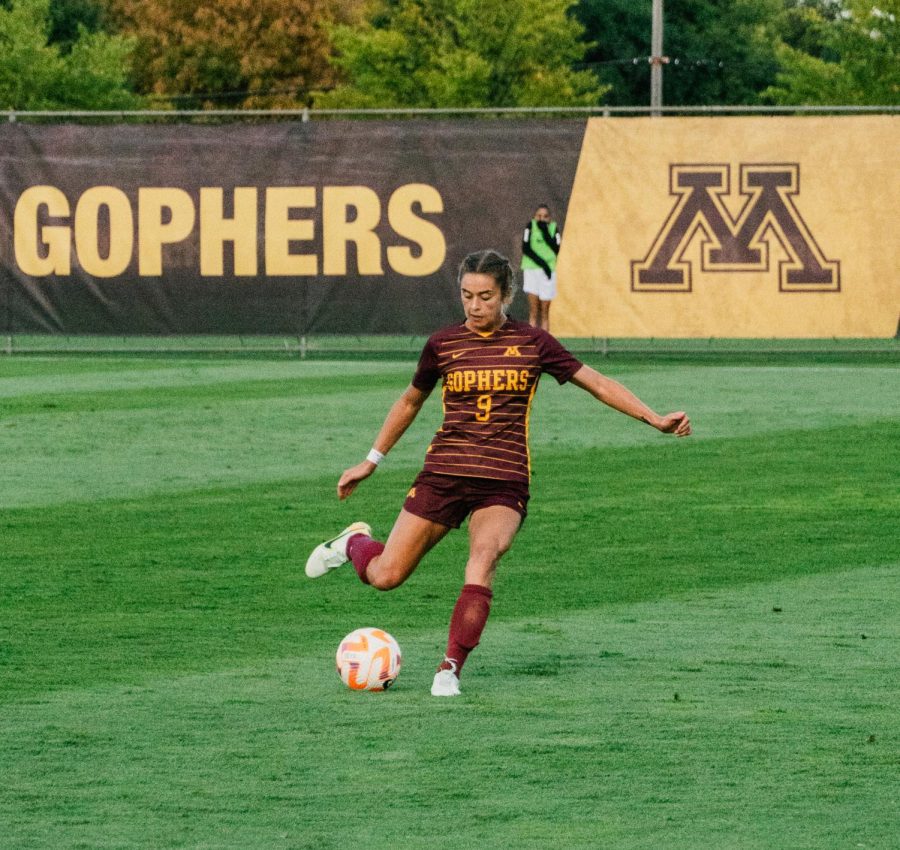 Winning five of their last seven matches, the Gophers improve to a .500 record. 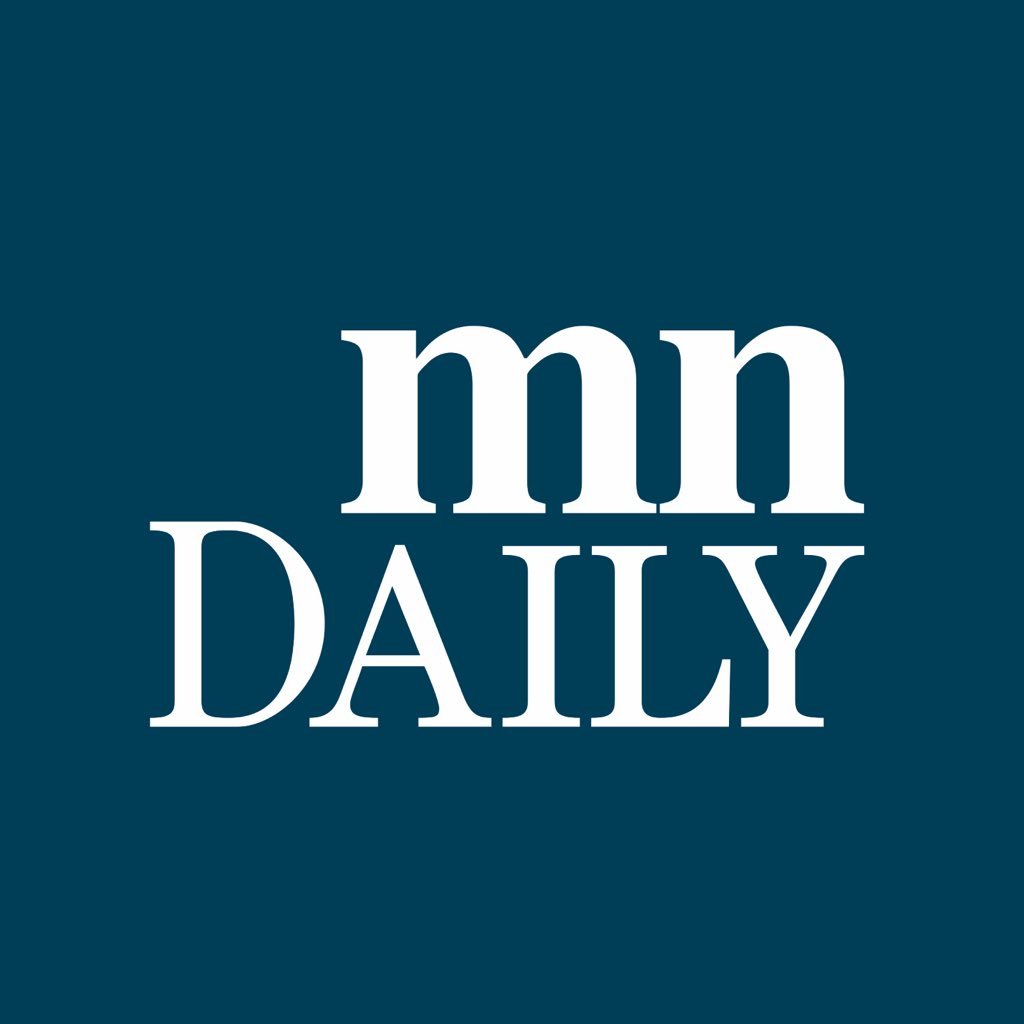 For the first time since the 2001 season, Gophers women’s soccer opened their first four games of the season with three losses.

The 2022 season began Aug. 18, as the Gophers faced Baylor in Waco, Texas. The match was tied at the beginning of the second half, until second-year forward Khyah Harper blasted a shot that was deflected off of the crossbar and into the goal. This tally was the first of the season for the Gophers and gave them the lead in the game.

Harper’s goal remained unanswered until the 79th minute, when Baylor’s Haven Terry netted the equalizer. No goals were put on the board after this, and the match concluded with a score of 1-1.

Graduate forward McKenna Buisman was the only Gopher to score in the three-game slump, recording a goal against TCU in Minnesota’s 2-1 loss.

The season got off to a sour start: even the 2019 team — which finished their season with a 3-12-4 record — only dropped one game in their first four matches. The 2019 team also faced solid opponents in North Dakota State University, Cal State Fullerton, University of California-Santa Barbara and University of Arkansas — all teams that registered more wins than losses that season.

But in September, the Gophers are turning it around. Winning four straight games, the Gophers now sit at an overall record of 5-5-1.

After dropping their third straight game, the Gophers dominated Drake 4-0. They continued their reign of terror beating University of North Dakota, University of Nebraska-Omaha and Marquette University all by a margin of at least two goals. Unfortunately, Minnesota’s streak ended in their first Big Ten matchup against Nebraska, as the Huskers took down the Gophers 1-0.

On Sept. 22, the squad took on Indiana at Elizabeth Lyle Robbie Stadium. Gabbie Cesarone, Izzy Brown and Christa Van Loon each registered a goal en route to a 3-0 win.

On Sunday, Northwestern came to town with hopes of spoiling the Gophers’ tear. Northwestern’s squad has only lost one game so far, solidifying their position at eighth on the United Soccer Coaches’ NCAA national rankings and first in the Big Ten standings. Though the Gophers had been victorious in their last three meetings, Northwestern played spoiler, beating the Gophers 2-1.

The Gophers now sit at a record of 1-2 in the Big Ten standings: Minnesota holds the same win percentage as Maryland and Illinois, .333.

Minnesota’s next match is Thursday against a struggling Michigan roster at Elizabeth Lyle Robbie Stadium. Both teams are looking to bounce back in this matchup, as they both have lost two out of their last three games. Michigan is winless in Big Ten play, and they lie even with the Gophers’ latest victim, Indiana.

Important games are ahead, with rival schools University of Wisconsin-Madison and University of Iowa following Michigan. Iowa is placed second to last in the Big Ten, however, Wisconsin is tied for first place with Northwestern.

The Gophers have failed to make the Big Ten tournament since they won the championship in 2018. Though they are not a powerhouse in the regular season, there is no reason to count them out. The 2018 championship squad was the seventh seed heading into the tournament, but still won it all.

At the moment, the Gophers are one spot out of the playoffs. Currently, they reside in ninth place, ranked below University of Illinois. There are still seven games left for the Gophers, and with three wins in their last five games, there is some hope for the future
Click to expand...

Plaschko had a strong night; but couldn't stop everything as Minnesota drops a 1-0 match to Michigan

When all of your highlights are of your goalie making save after save, sooner or later one of them is gonna go in. Another lackluster performance.

First time I got a chance to watch them. To say they appear to have a long way to go would be an understatement.

Slow to balls, passing was haphazard and any kind of link-up play was disjointed at best. Didn't see much skill out there. Could be a sampling error, but if this is how they typically play, they have a long way to go to become a good, solid Big 10 squad.

Anyone know what happened to Rylan Baker? Rylan was an assist machine and a header threat on corners. I think we definitley miss Rylan this year.

Ragnor said:
Anyone know what happened to Rylan Baker? Rylan was an assist machine and a header threat on corners. I think we definitley miss Rylan this year.
Click to expand...

After spending two years on the field with the Minnesota soccer team, Rylan Baker joined the support staff in the summer of 2022 as a student manager. ...

After spending two years on the field with the Minnesota soccer team, Rylan Baker joined the support staff in the summer of 2022 as a student manager.

A native of West Bend, Wis., Baker appeared in 14 matches during his second season with the Gophers in 2021 and earned the first start of his career at Michigan State (Sept. 26). He tallied seven points with two goals and three assists for the year and scored goals in shutout wins over North Dakota (Sept. 12) and Illinois (Oct. 14) getting the game winner against the Fighting Hawks. Baker posted a career-best two assists at Ohio State (Sept. 23) as one of two Minnesota players with a multi-assist performance during the 2021 campaign.

Baker was a 2020 graduate of West Bend West High School and a three-sport athlete as a member of the basketball, volleyball and track and field programs. He earned a spot on the Best XI of the USYS Championships in both 2018 and 2019, winning the USYS Midwest Regional with North Shore United Soccer Club both years.

After spending two years on the field with the Minnesota soccer team, Rylan Baker joined the support staff in the summer of 2022 as a student manager. ...

Glad he didn’t leave school or go somewhere else

Ragnor said:
Anyone know what happened to Rylan Baker? Rylan was an assist machine and a header threat on corners. I think we definitley miss Rylan this year.
Click to expand...

When watching the soccer games, I always thought Rylan seemed to stand out from the crowd.

The Gophers must be near the NCAA leader in tying and winning goals allowed in the last 10 minutes of a game.

ClassOf98Gopher said:
When watching the soccer games, I always thought Rylan seemed to stand out from the crowd.
Click to expand...

because of his height?

Ragnor said:
because of his height?
Click to expand...