ESPN: Former Gopher football player and legendary WWE wrestler Ric 'The Nature Boy' Flair to step in ring one final time in July, according to sources

"The Nature Boy" will make the walk one final time.

Ric Flair, one of the most well-known and revered professional wrestlers in history, will perform in one last match July 31, sources told ESPN on Monday. Flair, 73, will step into the ring at the Nashville Fairgrounds on an independent card that will stream live on FITE TV.

Flair, a two-time WWE Hall of Famer and 16-time world champion, has not wrestled in a match since Sept. 12, 2011, a bout for Impact Wrestling against longtime rival Sting. His last WWE match was in 2008 at WrestleMania XXIV against Shawn Michaels. Flair's opponent for July 31 remains unclear. It's also unknown whether it will be a singles or tag team match.
"I'm going to walk that aisle one last time to prove once and for all that to be the Man, you've got to beat the Man," Flair said in a statement to ESPN.

Flair's final match will take place the day after WWE SummerSlam, which also is in Nashville. The event will take place immediately after the Starrcast V wrestling convention and expo at the Nashville Fairgrounds, which has hosted several historic pro-wrestling moments over the years.

Flair, known for his "Woo!" catchphrase and famous strut, has been posting videos on social media of him training with current AEW wrestler Jay Lethal. The legendary wrestler asked for his release from WWE in 2021 and received it. Flair was most known for his work in the NWA and WCW, which was WWE's biggest rival in the 1980s and 1990s. But he also performed in WWE for parts of two decades, as a wrestler and on-screen manager. WWE Hall of Fame wrestler Ric "The Nature Boy" Flair, 73, will battle one last time this summer on an independent card against an opponent yet to be named, sources told ESPN.

Love Flair but he needs to let it go. Maybe he needs the money still

Anyone else think this is overplayed at home games? Or am I turning into a grumpy old man?

JimmyJamesMD said:
it can be both ;-)
Click to expand... 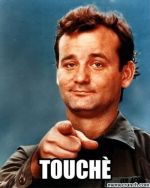 Probably just about every sporting venue in America really. It's a nightly thing at VGK home hockey games as well, along with putting up Gwen Stefani telling everyone to yell "Woo-Hoo, Yee-Hoo"

I did not know that Ric Flair played football for the Gophers.

1st of all I doubt I live to 73, 2nd, for him to be able to get thrown around and do the throwing in that video is commendable. I was a wee pup when he was in his prime.

He was great on WCW.

Gee, I wonder if he'll win in dramatic fashion?

JimmyJamesMD said:
Love Flair but he needs to let it go. Maybe he needs the money still
Click to expand...

Of course he needs the money