I forgot about this. Great vocals. I still really want to see the movie used in the video. Haven't seen it streaming anywhere.

GopherWeatherGuy said:
Thanks for sharing this. I mostly agree with you on Breaking Benjamin, but they still rank just a small step behind Chevelle in my mind. We Are Not Alone is one of my favorite albums.
Click to expand...

Can't disagree with you about Chevelle. Right there with BB. If you've never listened to the B-Sides and Rarities album....it's very good. My favourite Chevelle song is The Clincher....and "Version 103" on that album is an excellent alternate version.

Bill Janovitz covering Husker Du/Bob Mould, Hardly Getting Over It:

tikited said:
I forgot about this. Great vocals. I still really want to see the movie used in the video. Haven't seen it streaming anywhere.
Click to expand...

You don't happen to have a copy of the Rainy Day album do you? It's hard to find and brutally expensive. Really like this Buffalo Springfield cover as well. Kendra Smith was cool as hell.

Frink said:
You don't happen to have a copy of the Rainy Day album do you? It's hard to find and brutally expensive. Really like this Buffalo Springfield cover as well. Kendra Smith was cool as hell.

I don't. I remember seeing this (probably from you) a while back on GH. I checked on prices and all of them were over a $100.

I just did a Fairport Convention hour listen. The cover they do is good but almost too big imo. After the 4th straight Fairport song I have the strong urge to take my shoes off, grab a flute and go hug some trees.

tikited said:
I don't. I remember seeing this (probably from you) a while back on GH. I checked on prices and all of them were over a $100.
Click to expand...

Well, I guess I'll just be repeating myself more now that I'm into my 50's. Yeah, I am only able to listen online. Really would like to see a reissue.

I need to explore Fairport Convention more. Here's that scene plus Rodney Bingeheimer playing Fairport's Time Shows the Wiser, starting at the 8:45 mark. Nowhere near as cool as the original but still cool they did it.

Wilco covering Steely Dan, Any Major Dude Will Tell You:

Every great Jayhawks or Soul Asylum show I have been to includes at least 1 classic cover. The super group Golden Smog even more so.


From the '00s Louris' take on Bowie with Starman:

Nothing Vedder than this. Eddie playing Dave Letterman's favorite Warren Zevon song. Mine too. Keep Me In Your Heart

The Beach Boys covering the Rivingtons "Papa Oom Mow Mow" in 1964 is interesting and fun to hear Brian Wilson on lead vocals before it all fell apart for him.

Ignatius L Hoops said:
In 1949, Burl Ives released the first cover of Stan Jones' classic "Riders in the Sky". The song has since been famously covered by Vaughn Monroe, Johnny Cash and countless posse's of western, folk, country and rock musicians to this day. Hell it's been covered by non-musicians. Its a song that has covers of covers. It's never going away.

I love this Glenn Campbell and Roy Clark instrumental cover of""Ghost Riders in the Sky".

This is a cover of the Crystals "And Then He Kissed Me" by a group of music students in England. Their teacher gave them 3 hours to learn the song, assign the instruments and singing parts, and then record it. Many of the students weren't playing their primary instrument.

Go4Broke said:
This is a cover of the Crystals "And Then He Kissed Me" by a group of music students in England. Their teacher gave them 3 hours to learn the song, assign the instruments and singing parts, and then record it. Many of the students weren't playing their primary instrument.
Click to expand...

That is really cool, quite impressed the vocalists could pull that off.

No one who watched this cover of "Dancing in the Streets" during Live Aid has ever forgotten it.

The context and style lacking in Jagger and Bowie's cover:

Erudite music critic Dave Marsh has called it, “As pure a product of its day as anything Dylan or the Beatles ever imagined.”
[...]
Musically, instrumentally, the song is a rabble-rouser. From its horn-heavy opening onward, this is a song designed to get you to dance. Today, “Dancing” is remembered for many things, but especially its banging drum track—echoing like a tambourine on a chain link fence. According to legend, in the studio, producer Ivy Jo Hunter at first had trouble getting the sound he wanted for the drum line, believing it needed more “bump and grind.” Then inspiration hit him. He excused himself, went out to his car and returned with a crow bar. “Roll tape,” he said upon his return. As the preliminary track played, he pounded the rod on the floor and created “Dancing’s” unmistakable, signature downbeat.
Click to expand... 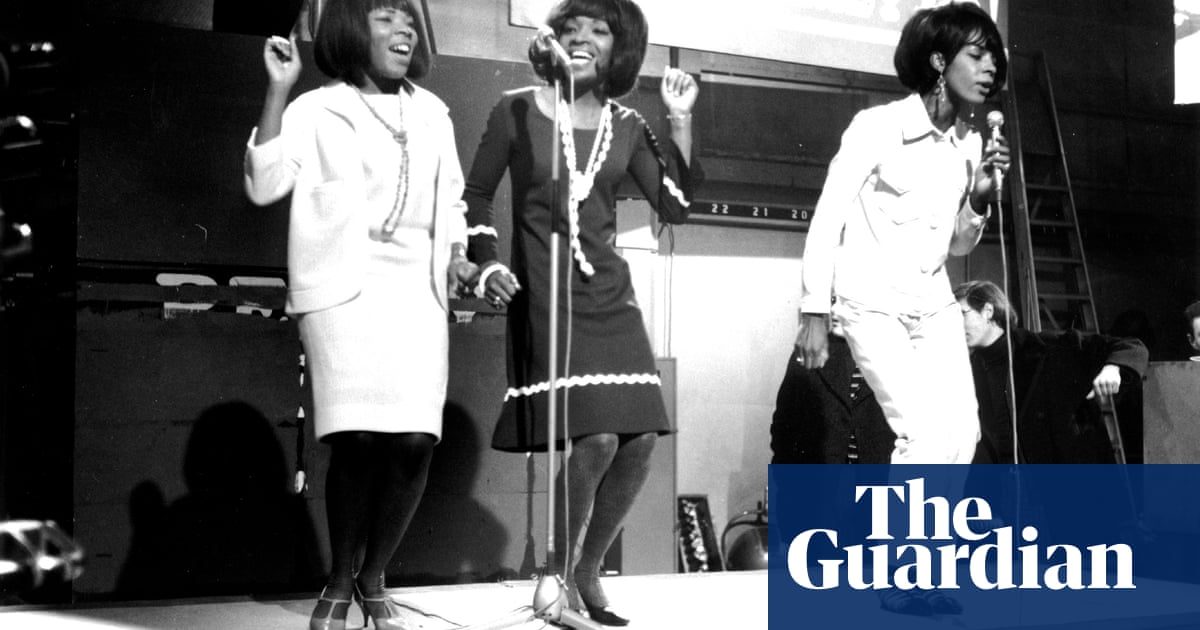 'We had been beat down a lot': the story behind 60s protest anthem Dancing in the Street

Right after she recorded the exuberant anthem in July of 1964 as frontwoman of Martha and the Vandellas, it became a worldwide smash, selling millions of copies while serving as the song of its summer. At the same time, its lyrical “invitation across the nation … for folks to meet” in the street – matched to a melody and vocal as urgent as a clarion call – soon took on a second, more pointed, meaning. The transformation took place during the long, hot summers of 1964 and 65, “when riots broke out, in every city in the nation”, Reeves recalled. “Just like now, the police brutality and the government trying to control black people, prompted the uprising that was a revolution.”

Some of those who led that revolution – including the key Black Power figure H Rap Brown, and the Black Panthers – adopted Reeves’s song as their unofficial anthem, despite the fact that its lyrics had not a trace of the anger, or defiance, that fired their speeches. Still, the subtextural connection between the song and the ongoing politics of race didn’t surprise the song’s producer, William “Mickey” Stevenson, who also co-wrote it, with Marvin Gaye and Ivy Jo Hunter. “Our song was speaking to the times,” he said. “It was giving out a message to the parents that everyone should be with each other, peacefully, and it was giving out a message to those who have radical ideas. And it still seems relevant.”

Yet, when the song was first conceived its writers’ main goal was the same as any commercially minded music-maker – to get a hit. For Stevenson who, at the time, also headed the A&R department at Motown, the inspiration was a memory from his youth. “In Detroit, we used to take the caps off the fire hydrants and let the water spurt high,” he said. “The fire department would let you do that in some places. All these kids would be playing in the water, hugging each other, all over the street and I thought it was the most beautiful thing in the world. I kept that image in my head when we were writing.”
Click to expand...

'We had been beat down a lot': the story behind 60s protest anthem Dancing in the Street

Thanks for sharing the articles. 'Dancing In The Street" has always been one of my favorite Motown songs. I had no idea it had been adopted by the "Black Power" movement during the 1960's.

No, Johnny Paycheck didn't pop, unsummoned, into my mind today. My memory was jogged by labor historian Erik Loomis and his "Erik Visits an American Grave" series in the Lawyers, Guns, and Money blog. It's a good write-up with plenty of attached Paycheck music.

One of the truly great artists in country music history and one of the most underrated figures in the history of the genre today, Paycheck was born Donald Lytle in Greenfield, Ohio in 1938. He started playing in local talent contests as a child and did very well. He was a rough kid. He ran away from home at age 15, eventually joined the Navy, and then beat up an officer, getting himself court martialed, spending two years in the brig.

Interested in country music, he moved to Nashville after his release. By the time he was in his early 20s, Paycheck was in George Jones’ band as the bass player. A good singer as well, he served time backing up Ray Price as a Cherokee Cowboy, Faron Young, Roger Miller, Skeets McDonald, and many other country stars. He also started writing great songs of his own. He wrote “Apartment No. 9,” which was Tammy Wynette’s first big hit in 1966. In fact, that whole Tammy album is really first rate and you should own it.

Now, in 1964, Lytle changed his name to Johnny Paycheck. Supposedly, this was a reference to a boxer in Chicago who had a similar name and not Johnny Cash, but I simply do not believe this story. It just doesn’t make any sense. It was an obvious play off Cash’s name and even if there is something to the boxer story, it’s also clear that Paycheck knew it would be comparable to Cash. It’s really quite unfortunate because I think in the long run, it has led people to take Paycheck less seriously. It’s a silly stage name and at least Cash’s name was real. I personally enjoy Paycheck quite a bit more than Cash, so this is especially unfortunate to me.
Click to expand...

Here's probably the Gear Daddies 2nd most popular cover, their version of the BW Stevenson hit, My Maria

I find this emotional on several levels. Chris Cornell with John Lennon's Watching the Wheels:

Hey. I already posted this one 35 posts ago.

A couple other good versions too.

WilliamsArenaGuy said:
Hey. I already posted this one 35 posts ago.

A couple other good versions too.
Click to expand...

My bad! I thought I uncovered a gem, the Google/youtube had pushed a Westerberg live version on me which is great but the sound quality not awesome (I just added that one).

Sidenote, when I was waiting to get into the opening night of Westerberg's Guthrie run in 2002, the person in front of me was none other than Billie Joe. Very cordial, seemed like a good dude.

Here's how you kill it during a quarantine.

Ope3 said:
Here's how you kill it during a quarantine.

I saw a few of these last week. Her take on Mick Jagger is pretty cute.

Ope3 said:
Here's how you kill it during a quarantine.

In honor of family bands...here is the ultimate family band = The Cowsills doing To Sir With Love. Susan Cowsill is 60 here and kills this really hard song to sing.

Not sure why the video won't play right away but if you click to watch on youtube...it will.

tikited said:
I saw a few of these last week. Her take on Mick Jagger is pretty cute.
Click to expand...

The first video I saw of the family was Gimme Shelter so I thought the moves like Jagger was just part of that song. Turns out she throws it in on pretty much every song, even the non-Stones numbers, but so what. Who am I to argue, gotta go with your best pitch.