It's not as much fun mining for YouTube gems from the 21st Century. Here's one from early on though when the US of A really needed a good chuckle. Will Ferrell, a True Patriot:

I don't watch a lot of newer comedy routines. I like the classics - George Carlin, Richard Pryor, and early Eddie Murphy.

I remember watching some comedy show on HBO, and Richard Belzer did a routine with Robin Williams that was a take-off on the Marx Brothers. "Hey, Rusty, I hear you like-a the drugs....?

Now, I have to admit that I have watched the 'Redneck Comedy tour' guys. Ron White is pretty good and I liked Bill Engvall, the "Here's your sign" guy.

But, in general, I haven't watched as much comedy since I quit smoking pot. I wonder if there is any correlation........

I should have posted this a while ago, this guy was just at Acme, and I really like him. This is a throwback to his first network shot all the way back in 2016:

Right from MN, and a proud MN sportsfan, Nick Swardson.

Hilarious stuff, when he was sober enough to do it. Unfortunately (for his health, at least), a lot of his material is around, because of, or tangentially related to being wasted.

I do believe he is sober now. Or he was somewhat recently, hope it stuck.

Has anyone mentioned Meatsauce?

I thought he was pretty good when he hosted, Peyton Manning dropped in again on this week's SNL.

What about Paul Lambert?

Between Fun with Real Audio, The Ambiguously Gay Duo and Triumph the Insult Comedy Dog Robert Smigel has put out some incredible stuff.
"If you're here, who's at home disappointing your parents?"

I've always been a big fan of the celebrity roasts. I don't think they've had one for a while though so hopefully they bring them back.

Not actually a comedy routine but I love it. 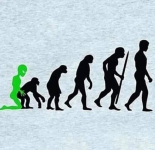 RIP Judy Tenuta. I must admit I haven't heard her in a long, long time but damn she was good. Flaky, clever and brash. "Come closer to the Love Goddess!"

Meatsauce at Canterbury on YouTube. the nadir of comedy. The boy who wanted to be famous

While just having fun, they still pay homage to the show...it's at "Melonville Stadium".

While just having fun, they still pay homage to the show...it's at "Melonville Stadium".

I bet Candy could crush the ball.

tikited said:
I bet Candy could crush the ball.
Click to expand...

He kind of looks like a Greg Luzinski doppleganger.

Visual reference for those under the age of 50: 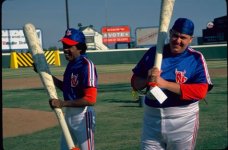 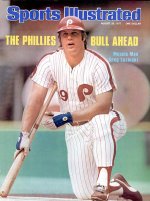 I've always like Jim Gaffigan, especially now that I have children of my own.

Seeing James Corden get skewered has been fun tho