I’m certain this season’s Gopher starters were enjoying elementary school the last time Minnesota dropped a game in Madison. That loss was on January 9, 2011. The game, a 47-42 Badger victory, has fortunately been rinsed from my memory by a Gopher winning streak.

Minnesota has won 10 straight games at the Kohl center and are currently 18-1 in their last 19 against the Red Scourge at any venue. Now, following the Ohio State loss, we’ve reached the stage of the season where Minnesota 1-3 needs another feel good visit to the Badger den.

Some of Wisconsin’s (0-4) names are familiar: Brook Schramek, Julie Popisilova, Sydney Hilliard (returned from a leave of absence) and Halle Douglas (out for the season); but the three leading scorers in B1G games are 5’10 freshman guard Maty Wilke, 6’4” freshman forward Serah Williams and 5’6” Grad guard Avery LaBarbara. Wilke missed the 52-94 loss to Nebraska with a knee injury while Williams scored 18 and LaBarbara scored 17. LaBarbara, a transfer from Holly Cross, was last season’s Patriot League player of the year. Nevertheless, the Badgers are still looking for a spark in Marisa Moseley’s second season and should again prove accommodating hosts.

In comparative Big Ten scores. The Badgers lost to Iowa 74-102 and Minnesota fell to the Hawkeyes 64-87.

The first of five straight winnable games against currently unranked teams, though Illinois may very well be ranked by game day. Now is the time for the Gophers to turn this year’s improvement into a bunch of Big Ten wins.

After tangling with first-place Ohio State on Thursday at Williams Arena, the Gophers women’s basketball team will meet last-place Wisconsin on Sunday in Madison. Minnesota played the undefeated, third-ranked Buckeyes tough, taking a six-point lead into the fourth quarter, but were outscored...

“I thought we played well,” coach Lindsay Whalen said after she and the team watched film of the loss on Friday. “Obviously, I’m disappointed to lose, but for the most part we were in control. We have to learn to hang in and finish those games.”


“The big thing is there were more positives than negatives,” freshman guard Mara Braun, the Gophers’ leading scorer (17.1 ppg.), said. “We can’t dwell on the outcome. We had the opportunity to compete against one of the best in the nation, the best team in the Big Ten, and we did.

Like Minnesota, the Badgers are getting production from a few freshmen. Maty Wilke, a redshirt guard from Beaver Dam, Wis., is averaging 13.2 points and 3.9 assists; Serah Williams, a 6-foot-4 forward from Brooklyn, is averaging 11.3 points and 4.8 rebounds.
Click to expand...

A good read about the ailments at Wisconsin.

A couple of the issues in the article describe the Gophers too.

The great news is that the Gophers looked top caliber against #3 Ohio State and mostly free of those issues most the game. 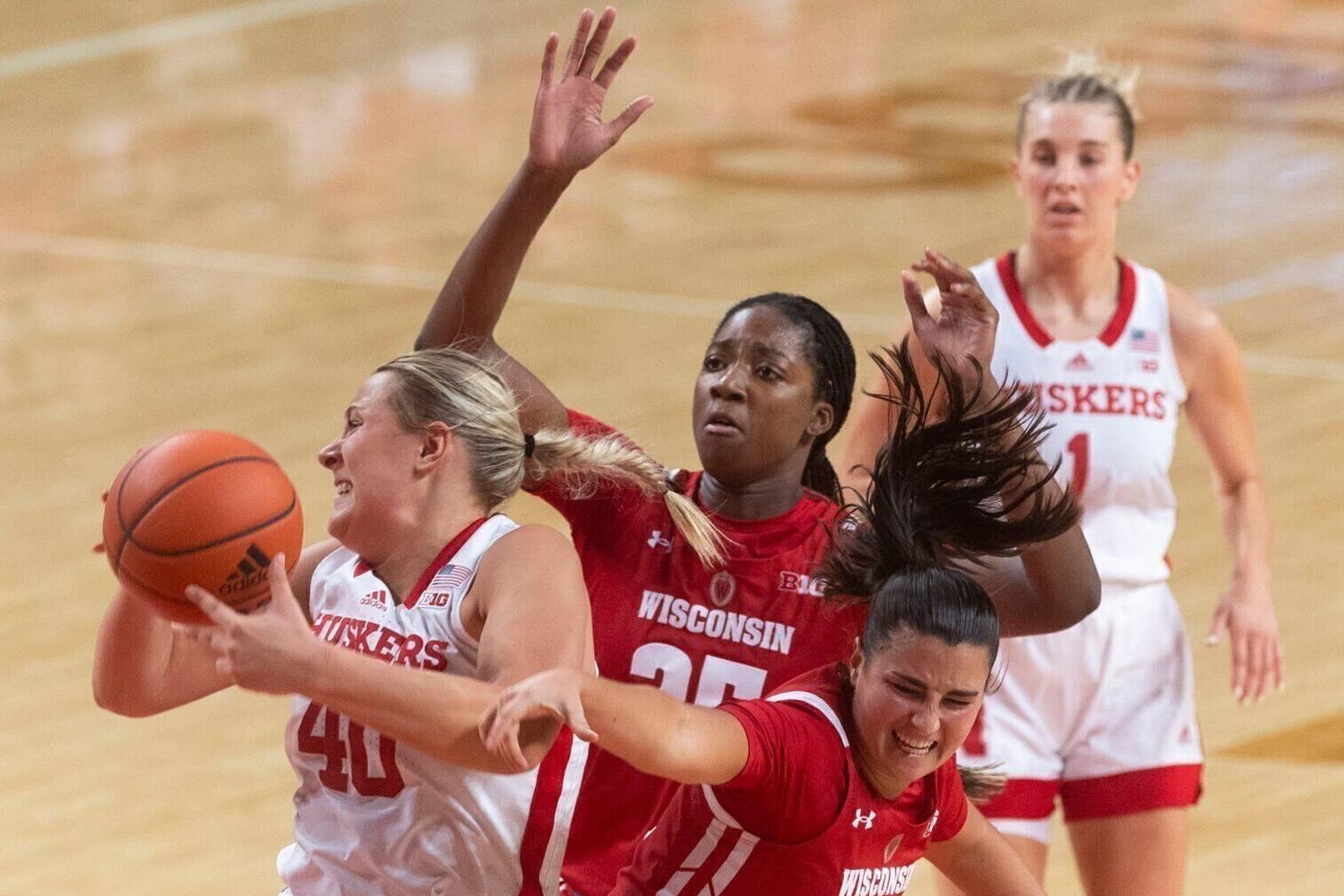 The Badgers have shown signs of improvement across the first half of the season but still have key areas to improve over their final 15 regular season games.

Quick 7-0 start for the gophers!

Wbb refs are so bad at charge/block calls, that charge on Battle was one of the worst calls I've ever seen

Very reminiscent of the NDSU game, just a very flat performance so far after a hot start. Don’t seem to be running any type of offense at the moment. Hope they get their act tog soon.

3 quick thoughts. #1 Hard to tell from just watching on TV, but Gophers seem a little flat. Maybe not surprising when facing a team that's not in the top 20. But they'll need to turn it on a little before Wisconsin starts to believe.

#2, what was with Heyer's big forearm shiver when she went to set the high screen late in first quarter?

# 3 Not sure who's working with these young announcers, but I would suggest that the after game critique mention needing to pick up his pace a little and adding a little animation. No need to go overboard, but for most of that first quarter, he sounded like he was reading quarterly earnings reports to a board room. He has a nice enough voice, and as I'm typing this, I'm noting that he is starting to loosen up a bit.

How do you go from playing Ohio State tough, to struggling against the last place Wisconsin?

I see the Badgers are getting some home cooking here.. 12 fouls on us.. and only 5 on them..

hopefully we come out with a little more energy out of halftime..

our offense looks completely different then it did Thursday night..

This is a must win game. Lindsay needs to get them dialed in. The Ohio State loss is in the rearview. They can't play down to a bad, last place WI team. Period. No 'they're freshman', "playing for next year' excuses. You can use those against OSU and Maryland. Not WI. 2024 recruits are going to start discounting MN and looking at other offers if the lose to the last place teams.

whalenfan said:
Wbb refs are so bad at charge/block calls, that charge on Battle was one of the worst calls I've ever seen
Click to expand...

along with the one they called on Mara as well.. it looked like she was under the restricted area..

WayOfTheGopher said:
How do you go from playing Ohio State tough, to struggling against the last place Wisconsin?

That kind of thing happens all the time in every level of every sport. Young teams in particular are prone to that. You were totally focused with great intensity against two Top 20 teams, then you're taking on a team that's not nearly as good. Mental letdown. Drives coaches nuts. Pretty sure it's being addressed in the locker room at halftime.
Of course, as many of us who've played sports know, if you don't come in with focus and intensity, it's often hard to jack it up on the run.

Wild guess... the Gophers game plan is to dial down the intensity, be conservative, and practice moving the ball carefully. It's a practice game to be thoughtful.

Or they could be complacent.

Bfan said:
Wild guess... the Gophers game plan is to dial down the intensity, be conservative, and practice moving the ball carefully. It's a practice game to be thoughtful.

a PRACTICE GAME? during the B1G season... c'mon.. now... Hammond played because Rose picked up 2 then 3 early fouls.. Oberg doesn't bring much... it's not PRACTICE...

Bfan said:
Wild guess... the Gophers game plan is to dial down the intensity, be conservative, and practice moving the ball carefully. It's a practice game to be thoughtful.

this might be the most absurd thing I've ever read

Bfan said:
Or they could be complacent.
Click to expand...

If given a choice of two answers and one is ridiculous, then it's probably the other choice.

did anyone else lose the feed?

whalenfan said:
did anyone else lose the feed?
Click to expand...

What’s frustrating is the way the Gophers are playing

I think they’ll still win, but this really neutralized any confidence I was feeling after the OSU game!

heck of a way to close that quarter, finish the game with that effort now

I don't see much in the stats to explain what's happening. They're just weren't real hungry looking.

The one area that stands out is that Wisconsin offense is performing above average. If the Gophers are not giving that extra effort, it would show up here since defense is greatly affected by effort. 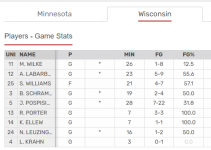 Nice answer by Gophers in the last 4 minutes. Some steals and rebounding.

Bfan said:
I don't see much in the stats to explain what's happening. They're just not real hungry looking.

The one area that stands out is that Wisconsin offense is performing above average. If the Gophers are not giving that extra effort, it would show up here since defense is greatly affected by effort.

Can't rely on stats to tell the whole story. There are a lot of things that never show up on a state sheet that make a huge difference. Example, ball pressure by Katie B on Wisconsin guards got them a little out of rhythm. 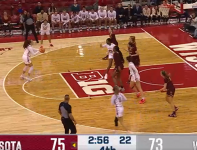 Lack of Defense and Turnovers… could be a book title

I'm sitting here just dumbfounded by some of the decisions they've made. Amaya Battle has a three on one and she decides to go right at the defender and Michaeux has two shooters open and instead drives and turns it over.