The Athletic: Minnesota Vikings: Why should they be optimistic looking ahead to the 2022 season?

Chad: I could look really foolish here since I’m starting with a 37-year-old who has never been a full-time play caller, let alone a head coach, in the NFL. But when I’m looking for reasons to be optimistic, I’m starting with Kevin O’Connell.

The Vikings are coming out of an era in which they were lapped by the rest of the league when it came to innovation on offense. They remained in a balanced scheme for far too long, one that didn’t integrate the concepts that were leading to success in Los Angeles and San Francisco and Green Bay. In a copycat league, the Vikings took far too long to copy the good teams.

Now, though, O’Connell is tweaking the playbook Sean McVay designed — one that led the Rams to a Super Bowl win — and tailoring it to Kirk Cousins and the strengths of the Vikings roster. If all goes according to plan, that should lead to improvements from the quarterback and a massive season for Justin Jefferson.

Though the Vikings will be more pass-happy than in recent years, I expect Dalvin Cook to play a massive role and for O’Connell to mesh McVay’s scheme with one that better utilizes the heavy formations the Vikings roster favors.

Perhaps I’m giving too much credit to a coach before Week 1, but I’ve been impressed by O’Connell and the way he has begun installing his scheme during practices. So when looking for reasons to be optimistic, I’m starting there.

Arif, what about you? 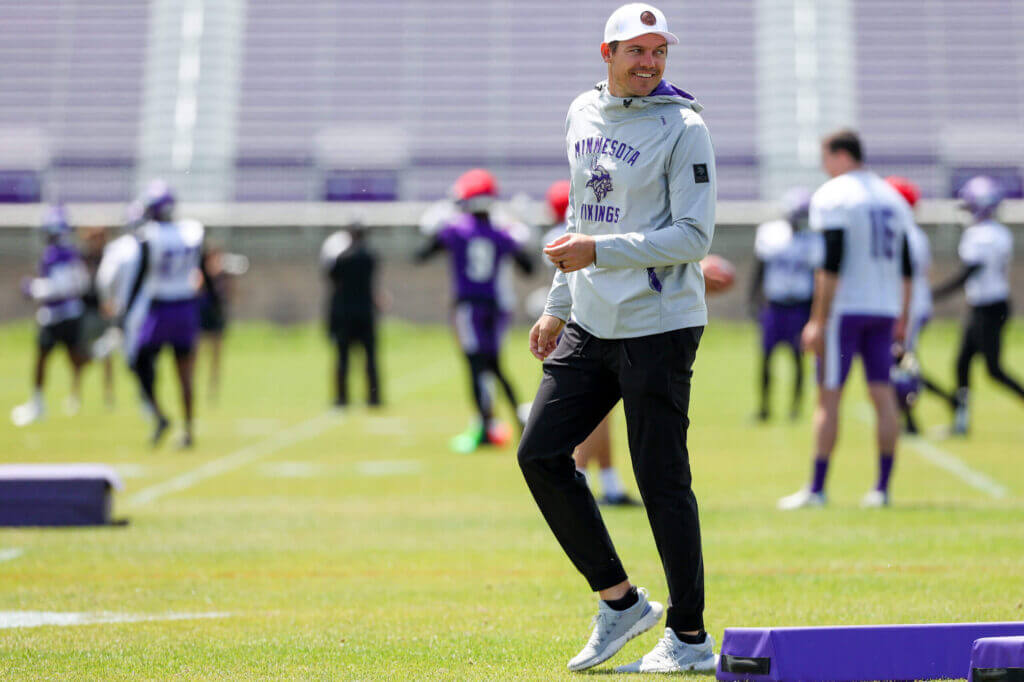 Why should the Vikings be optimistic looking ahead to the 2022 season?

In the final part of our series examining questions facing the Vikings, we explore several reasons for hope under the new regime.

Jimmy G is on the market!