"Congratulations to Sophie Burrows who has been selected in the Victoria Metropolitan Under-18 Women’s team for the 2021 Australian Junior Championships in April!
As well as playing in our Under 18 representative team, Sophie also plays in our Big V Youth Women’s team. Well done Sophie!" END QUOTE

I don't know anything about the 2021 Australian Junior Championships, but I did read that "Three 2021 World Cup silver medallists will return to the lineup!"

"The Deakin Melbourne Boomers are excited to announce Sophie Burrows as a development player for the 21/22 WNBL Season.

After starting off at Eltham Wildcats Basketball Association as a Junior, Burrows is coming to the Boomers off the back of a big couple of years in Under-18’s Victorian Junior Basketball League & NBL1 with Diamond Valley Eagles, as well as taking home the silver with the U18 Victoria Metropolitan Under-18 Women’s team in the 2021 Australian Junior Championships.

Burrows was excited to accept her offer to pull on the purple for Melbourne after Head Coach, Guy Molloy, reached out to offer her a position with the Boomers team.

“I am excited to learn and play with some of the best players and coaches in Australia.”

“Being only 16 (years old), I just want to develop my game as much as possible and learn from the professional environment that the Boomers have created and accepted me into.”

“It’s always been my goal to play in the WNBL, and after watching the Boomers as a junior, I am grateful and very excited to be on the court with them.”

Burrows was part of the Victorian National Performance Pathway (VNPP) program for 2 years (beside fellow Boomer, Tess Heal). The scholarship program selects the best country and metropolitan Under-16/Under-18 athletes to improve their skills and enhance their development." 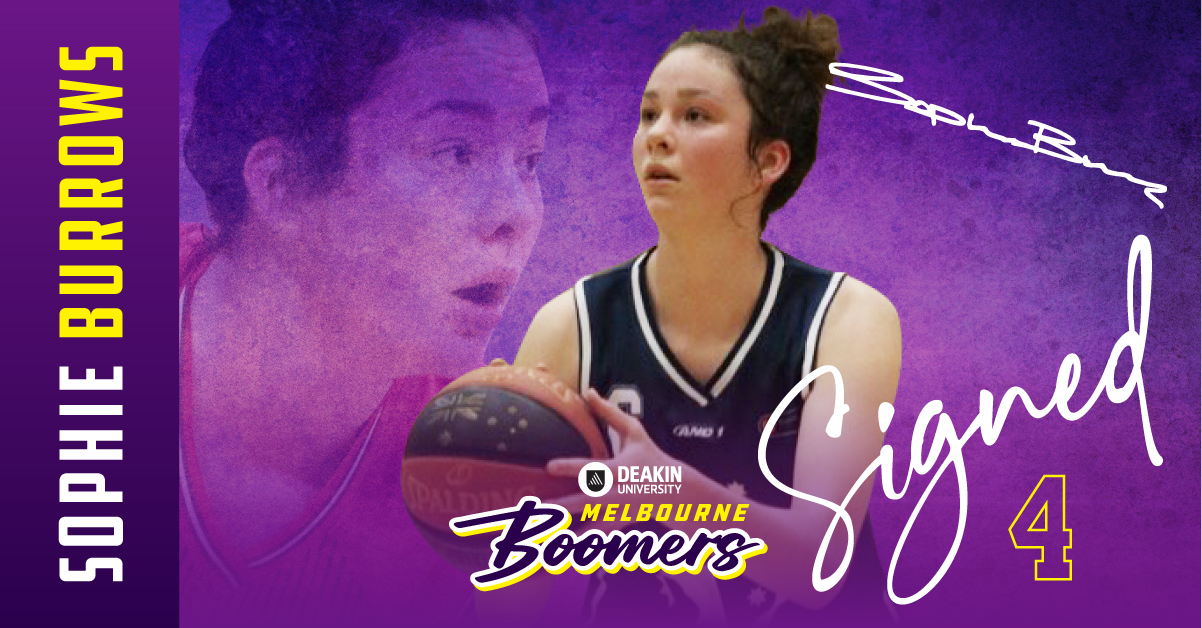 The Deakin Melbourne Boomers are excited to announce Sophie Burrows as a development player for the 21/22 WNBL Season.

Sophie Burrows is interesting. Burrows is technically 6 feet, which means usually listed at 6 1". Is one of the top youth players in Australia based on qualifying for a national under 18 team twice that is a qualifier for the World Cup.

Was listed before as playing power forward and center. Now plays guard. Plays for the Diamond Valley Eagles that is mostly adults! Burrows apparently played post in youth. Now is listed as a guard. That coincides with her signing as a development player for a pro team listed as a guard.

She is/was a second year development player starting at age 16 for the Melbourne Boomers that won the professional WNBL championship. Burrows is listed as a guard. The team just added Kristy Wallace of the WNBA Atlanta Dream (16th overall pick).

In the Basketball Australia 2021 Australian Under 18 Championship Game, she played for WA metro and scored 13 points with 10 rebounds and 3 assists, 2nd best production on her team.

Such a smooth long rang shot.

Named to the 2022 U18 Australia Gem under 18 national team apparently twice.


She is consistently selected as one of the nation's top youth players for elite teams and development camps, including international medal competition for the national under 18 team.

Interesting story there. Experience as a forward, a good 3-point shooter, currently training/playing as a guard for selective teams and competition. Not really a headliner but consistently described as one of the best talents.

Sophie’s junior coach Andrew Young remembers her early years- ‘I have had the pleasure of coaching Sophie for many years across U8s, U10s and U12s in both Domestic and Representative. Sophie has always been one of those kids that just got basketball, even running around in U8s when I first saw her play you could see she just got the game. She has always been this long, athletic player that is just graceful up and down the court and has amazing vision and a Basketball IQ off the charts.”

“Sophie is one of those players that you just love to coach. She works hard, loves learning, loves feedback. I’m excited to watch her through her latest adventure." -Coach Dee Butler 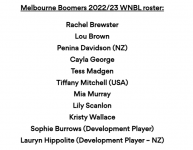 Tessa Johnson is visiting Baylor this weekend. if I had to guess, I would say they are the stiffest competition for the Gophers to get her.