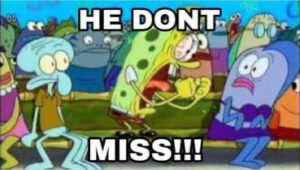 He, as in P.J. Fleck’s recruiting since arriving at Minnesota has been nothing short of remarkable. You can say what you want about his in-game coaching, but he sure knows how to recruit talent to the Twin Cities. After constructing what seemed to be the best recruiting class in program history (No. 27 in NCAA), Minnesota has now added former USC OL commit Saia Mapakaitolo, and five more players from the transfer portal. Abilene Christian LB Jack Gibbens, Texas A&M WR Dylan Wright, and NC State DT Val Martin, former Clemson four-star recruit Nyles Pinckney, and now former Utah State OL, Karter Shaw. The Gophers’ 2021 class now ranks No. 24 on 247sports.

Saia Mapakaitolo was the first to jump into the boat Thursday. The 6-foot-5 offensive tackle played his junior year of high school football in Southern California at Mission Hills High School before transferring to Mesa, Arizona for Red Mountain High School. Mapakaitolo was originally committed to USC for six months before de-committing in late Dec. 2020 and joining the Gophers.

Mapakaitolo was not able to play his senior season of football due to Arizona due to COVID-19, but he will be entering the Gophers program ready to work. Since de-committing from USC Mapakaitolo received interest from Miami (Fla.), BYU, and Oregon State, but he cited the relationship that he was able to build with P.J. Fleck over zoom as the main reason for his decision to come to the Twin Cities.

Saia is a bit undersized for his position, as he reportedly played at only 270 pounds as a junior, and he even dropped to 250 since then.  I expect that the Gophers training staff should have no problem getting him up to Big Ten size in no time. Mapakaitolo has tremendous strength and athleticism for someone of his age and size putting his potential off the charts. He already moves like an offensive lineman well beyond his years.

Although it might not be right away, I think he could certainly develop into a starting Big Ten offensive line after one or two seasons with the Gophers program. Mapakaitolo is set to graduate in the Spring and join the Gophers in the fall.

The Gophers’ hot recruiting streak was not over. Former Utah State offensive lineman Karter Shaw committed to Minnesota Thursday most notably over Rutgers. After a redshirt season in 2018, Shaw started the past two seasons in Logan, Utah at the guard position and has three years of eligibility remaining.

Extremely excited and blessed for the opportunity at University of Minnesota 🔥Ready to get to work! #rowtheboat pic.twitter.com/0rQLAEYgQH

Standing 6-foot-4, 305-pounds Shaw has played in 23 games at the Mountain West level. The Herriman, UT native was a virtual unknown coming out of high school as a two-star player barely ranked in the top 2,500 nationally. He silenced the doubters, performing tremendously in his first two college seasons. At 6-foot-4 Shaw has the versatility and size to likely play any of the five offensive line positions. I would imagine that he will have every opportunity to see the field for the Gophers as soon as next year.

Shaw obviously has a lot of familiarity with current Gophers OC, Mike Sanford Jr. during his time with the Aggies and the fit makes sense, looking at the future. Minnesota will lose starting offensive linemen Sam Schlueter and Conner Olson to graduation following the 2021 season, plus they could very well lose Blaise Andries, John Michael Schmitz, and Axel Ruschmeyer if they don’t come back for their sixth year in 2022.

In the short term, Karter Shaw will provide the Gophers always needed depth up-front with a terrific chance to be a sure-fire starter down the road.