What are you wearing to the game?

Plenty of options out there, obviously, I was wondering what some of you wear when you are going to the game, or even watching the game in a bar or at home for that matter?

- Current player jersey
- Retro jersey, go with one of your teams old all-time greats
- Simple polo shirt or sweatshirt, maybe with a hat

Full disclosure, I have a jersey curse. I have bought jerseys and it never goes well. Player gets traded, major injury, or just plain turns out to be shitty. Some of my swings and misses, although there have been more;

- Carlos Gomez
- Denard Span (although at least he played for a while for the Twins before leaving)
- Beanie Wells (AZ Cardinals, ouch)

- Erasmus James (high Vikes draft pick, but wanted to go with something not everyone would have)
- Josh Rosen (Cardinals 1st round pick, major ouch)

Funny story on the Rosen jersey. I bought that later in Rosen's season with the Cardinals, and while in the mens room at a December Cardinals game, a guy walked past me and commented "You're going all in early, huh?" Still makes me laugh to this day.

So I've gone almost entirely to just wearing team polos and sweatshirts. Although I think the retro jersey is a good and safe way to go. I always thought having a Joey Browner jersey for the Vikes would be great, maybe even Tommy Kramer, Matt Blair, whatever. The only deviation from this is that of course, I wear an Ogilthorpe jersey to the VGK games.

Something in a low-rise bikini, mesh if possible 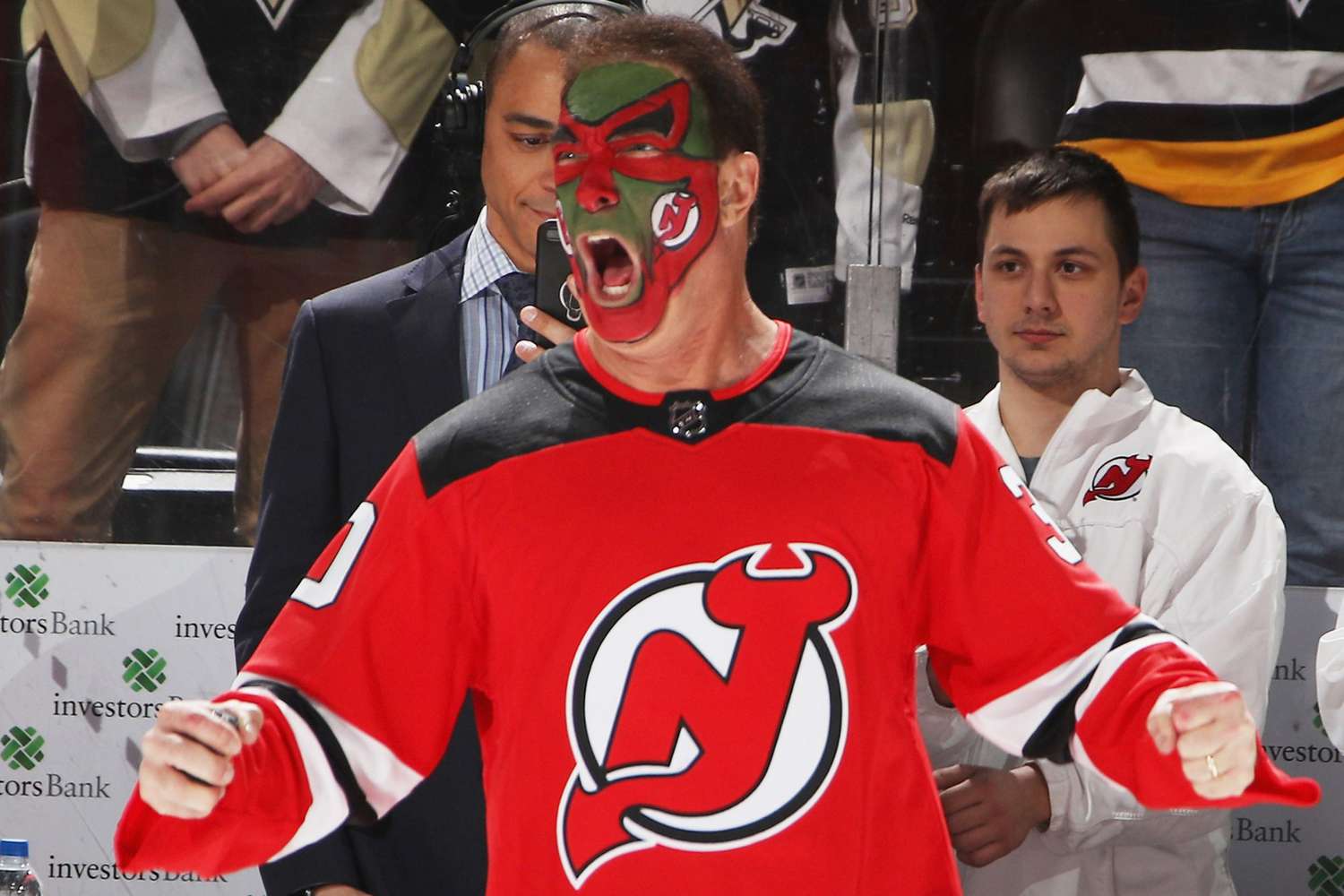 The Puddy pic must be recent….I think I see Vegas jersey in the back. What a hoot if he currently does this at nj games.

Spaulding!No! said:
The Puddy pic must be recent….I think I see Vegas jersey in the back. What a hoot if he currently does this at nj games.
Click to expand...

Pretty sure they are all Penguins jerseys in the background.

Well, you know, support the team.

I do not own any team jerseys. (warning - I'm a little weird). I don't like to give the impression that I'm following the herd, so I don't want to be dressed like everyone else.

One exception - back in the day, when the Gophers would hand out those long-sleeved Gold t-shirts for the season opener, I would wear those.

but I do not own any Vikes, Twins, Wolves, etc jerseys. I have been tempted to pick up a Loons jersey - but can't decide which player I would go with. Reynoso is too obvious. Maybe a Chase Gaspar jersey......

No jerseys for me regardless of pro or college.

Pro - hat (either baseball cap or stocking) and then some sort of similar team color shirt, sweater, jacket etc. Sometime wear a team hoodie if the weather going to or at the game makes sense.
Gophers - hat and either jacket, shirt, sweatshirt based on weather forecast.

I have a Minnesota Fighting Saints jersey I wear to special occaisions.

One of the best logos ever.

I think both the Fighting Saints along with the North Stars had the coolest logos ever, especially for Minnesota franchises. Wild broke the trend. It's ok. Never have warmed up to the nickname.

I think the only one better in hockey is the Canadians. All the Original 6 are still pretty good, iconic. Always liked the Flyers too.

Yesterday I put on a SPAM hockey jersey that I ordered online from Hormel for kind of a gag. I threw it on, almost wore it to the VGK preseason hockey game but the buddy I was going with didn't get the gag. So I opted against it. I thought it looked bad ass. I guess nowadays someone may have mistaken it for a statement against junk email. Who knows....

All-time favorite is my Chris Walsh Vikings jersey. Lots of people think its an AC jersey until they see Walsh on the back are are like "who the f is that?". I bust it out once in awhile.