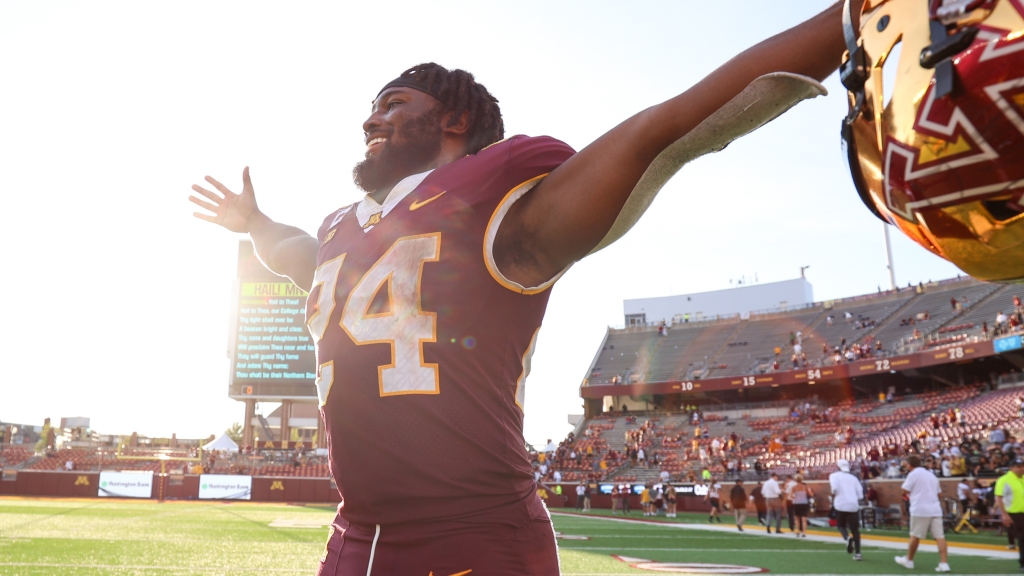 Kinda makes us want some Gushers too.

Maybe the secret to Mohamed Ibrahim’s impressive speed and success at Minnesota is… Gushers?

The Golden Gophers senior running back opened Minnesota’s Week 9 home game against Rutgers on Saturday with a two-yard touchdown run to get his team on the board first early in the second quarter.

But it wasn’t just another touchdown for Ibrahim. A record-breaking score, it was his 44th career touchdown in his fifth season with Minnesota, and it made the senior the Gophers’ all-time touchdown leader.

Not long after Ibrahim’s score, the Big Ten Network cameras spotlighted him on the sidelines just getting a snack: a packet of Gushers that seem like the best (but maybe also worst) mid-game energy boost.

I saw that and thought it was Skittles. I've never heard of Gushers.