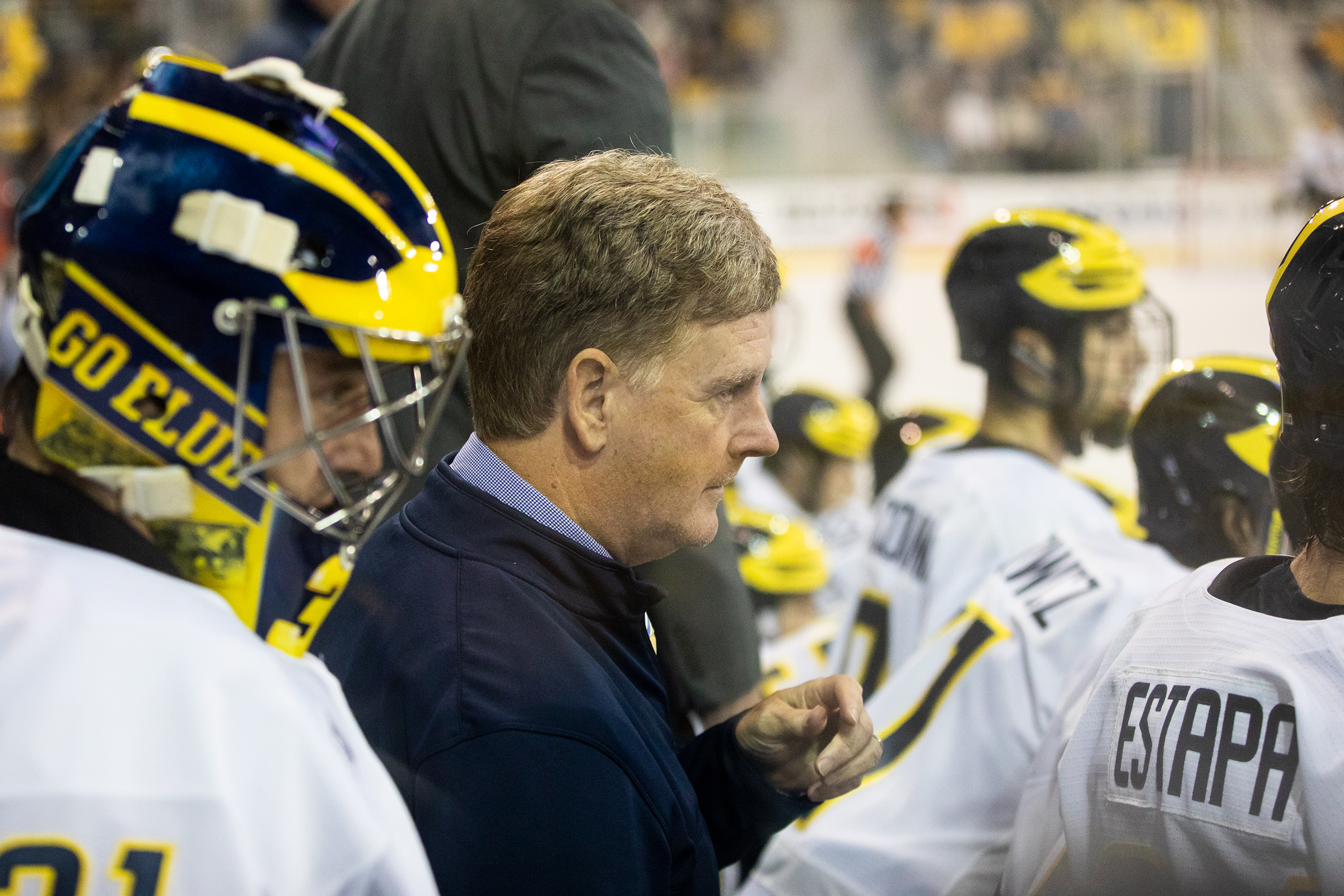 Editor’s note: this article will be updated as more information becomes available.

Editor’s note: Some sources are anonymous for fear of retribution. In accordance with our ethics policy (which can be found in full in our bylaws), the Editor-in-Chief and Managing Editor are aware of the sources’ identities.

The No. 3 Michigan hockey team is under investigation for a combination of Title IX violations, workplace culture complaints and COVID-19 misconduct.

Specifically, the investigation by law firm WilmerHale involves accusations that Michigan coach Mel Pearson allegedly told players to lie on COVID-19 contact tracing forms before the 2021 NCAA Tournament, that Pearson and director of hockey operations Rick Bancroft allegedly created a toxic work environment for female staff and that Pearson allegedly retaliated against a player for voicing issues within the Wolverines’ program.

In an interview with The Michigan Daily on Jan. 31, Pearson said he denied all allegations.

“The truth will come true at the end of the investigation,” Pearson said. “And I feel very confident that the allegations will be proved wrong.”

The investigation, which began in October 2021, is led by the same firm that investigated allegations towards late University Athletic Doctor Robert Anderson and sexual misconduct allegations towards former University Provost Martin Philbert. MLive reported that a person who filed a complaint with Michigan’s Equity, Civil Rights and Title IX Office was told by attorney Bruce Berman, General Counsel of the WilmerHale law firm, that his firm would be leading Michigan’s investigation.

Michigan’s Title IX investigation against the Michigan hockey team involves the treatment of female support staff. A source close to The Daily, who asked to remain anonymous for fear of professional retaliation, alleges they were told that women have been denied access to team locker rooms in order to perform work duties under Pearson’s tenure.

Another source, who also asked to remain anonymous for fear of professional retaliation, alleged that the current policy under Pearson is different from what the Wolverines followed under former coach Red Berenson, which prevents female support staff from entering locker rooms completely compared to previous policies which required players to wear some clothing in the locker room when female support staff worked with the team.

As for workplace culture issues, MLive reported that a May 19, 2021, email from Michigan Athletic Director Warde Manuel asked the Wolverines to conduct an environment survey to address “issues that may exist in your team environment.”

Pearson told The Daily that the person who filed the formal complaint with Michigan was a “disgruntled employee.” The Daily has not confirmed that the anonymous party was a staff member, though MLive’s Samuel Dodge reported that it was an employee in the original breaking news story.

Bancroft, who is also under investigation, is still employed under Michigan Athletics. Neither he nor Pearson are currently on administrative leave. Pearson maintained that he is not concerned about his own job security in an interview with The Daily.

“I do not believe my job is on the line at this point,” Pearson said.

Pearson told The Daily he knew about the investigation dating back to its beginnings in October. He also said he spoke with his team on Saturday during Michigan’s series at Wisconsin, the day reports of the investigation originally surfaced. He believes the Wolverines handled the announcement well.

On the recruiting trail, Pearson held that some Michigan commits have reached out to him. He said he couldn’t reiterate their comments, but they supported him.

“This is my 40th year in division one hockey,” Pearson said. “I’ll put my reputation out there for people to look at and see what I’ve done and how I’ve conducted myself and not only in athletics, but through my daily life and how I live my life.”

The Daily is currently investigating this story, and will be adding updates as new information surfaces.

For any comments, tips or concerns, Daily Sports Writer Connor Earegood can be reached at [email protected] or @ConnorEaregood on Twitter.
Click to expand... 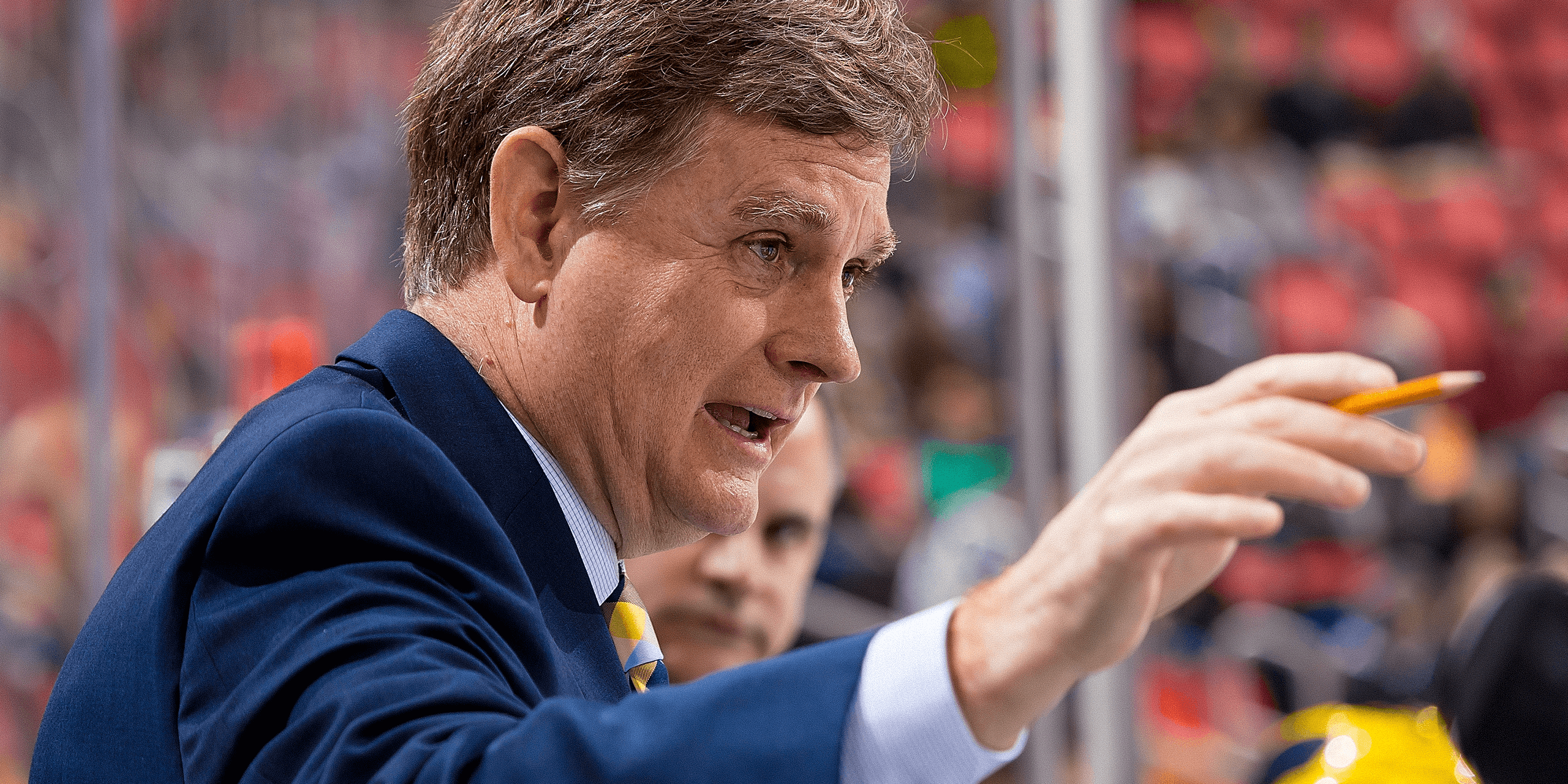 One finding from the investigation into the program detailed 'pervasive fears among both student athletes and staff members of retaliation.' 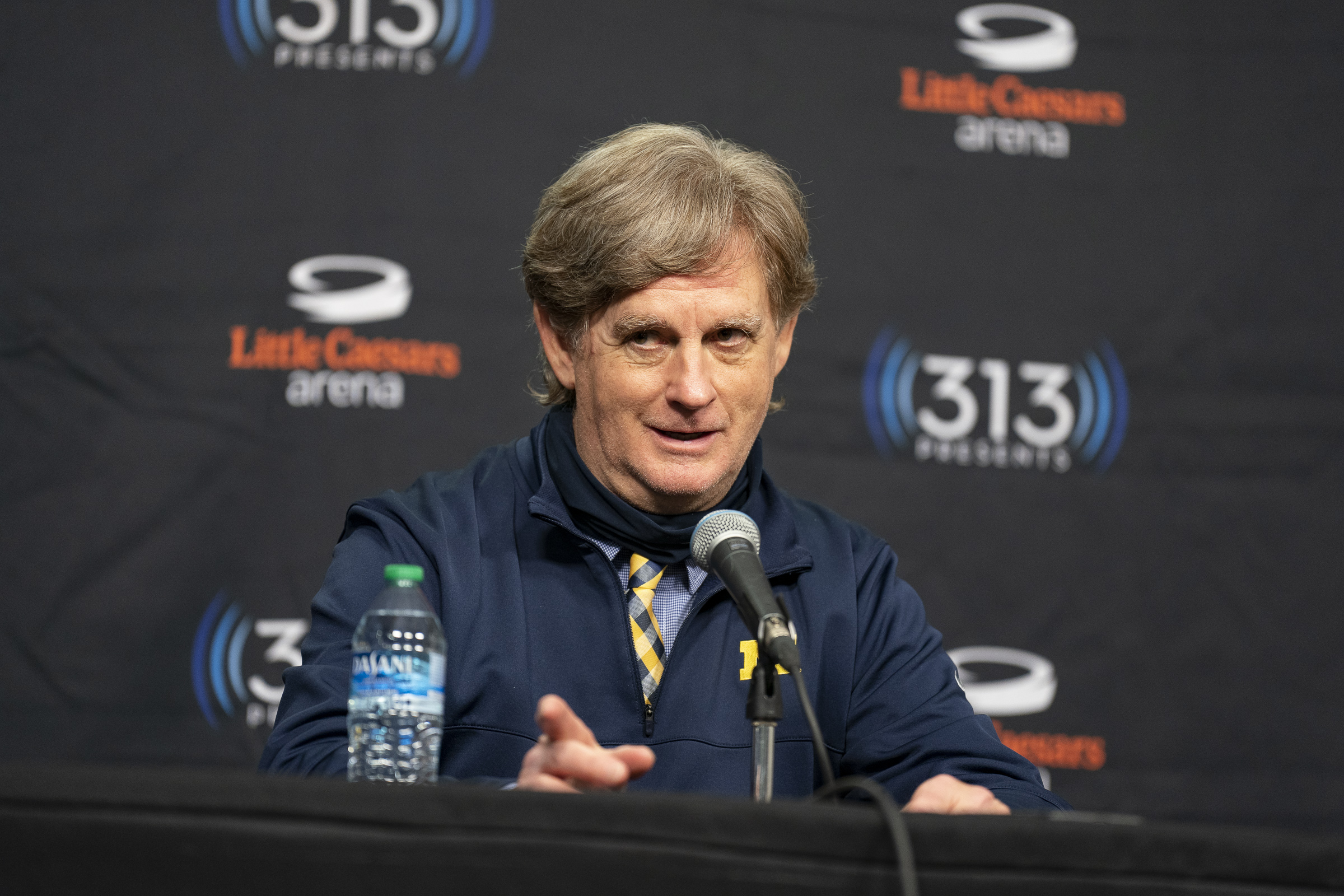 Michigan author and former professor John U. Bacon released the findings of the WilmerHale hockey report in a Twitter thread Tuesday.

Pearson is out. I think it's doubtful but wonder if even a single of the absolutely incredible class they have coming in will bail. 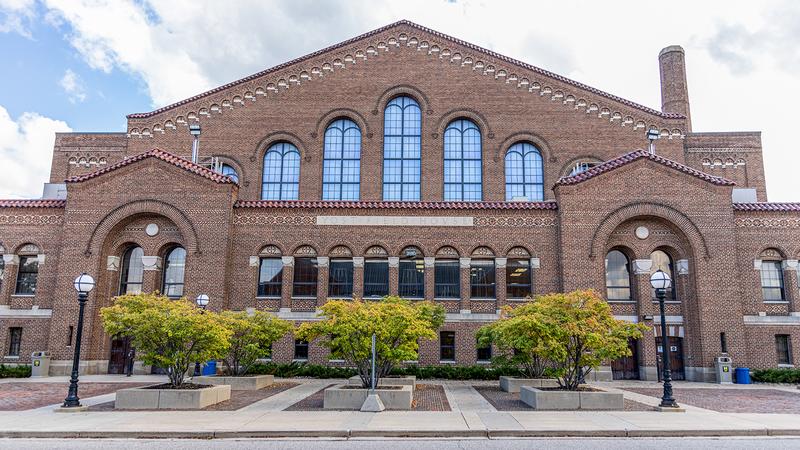 Michigan announced Friday that men's ice hockey coach Mel Pearson will not return for the 2022-23 season. Following an investigation into Pearson's treatment of players and staff, the university chose to part ways with him.

Pearson's contract expired earlier this year, and he has been working as an at-will employee throughout the investigation. After reviewing the results of the probe into the program, Michigan athletic director Warde Manuel announced that Pearson is out as head coach.

"It has been determined that Mel Pearson will not return as our ice hockey coach," Manuel said in a statement. "This decision has been weighed heavily and for some time. We welcomed an independent third-party review into the climate and culture of our program before furthering our assessment in lockstep with campus leadership.

"Our student-athletes having a positive and meaningful experience is of paramount importance, and a clear expectation within our department is that all employees and staff are valued and supported. I deeply appreciate and value the many individuals who came forward throughout this review.


"Today's announcement reflects the seriousness with what we've heard and the values we hold dear at Michigan."

Pearson was accused of telling players to falsify contact-tracing information on COVID-19 forms, misleading recruits about how much scholarship money they would receive, berating and belittling players and staff, and not properly addressing accusations of improper treatment of female employees by director of hockey operations Rick Bancroft, per a report from The Athletic.

Pearson also allegedly forced former Michigan goaltender and captain Strauss Mann off the team after he brought up concerns about the culture of the program.


The head coach at Michigan for seven seasons, Pearson compiled an overall record of 99-65-16. In 2022, the Wolverines reached the Frozen Four under Pearson
Click to expand...

bonin21 said:
Pearson is out. I think it's doubtful but wonder if even a single of the absolutely incredible class they have coming in will bail.
Click to expand...

What about the Hughes kid? Think he might bolt? He has the NHL option. 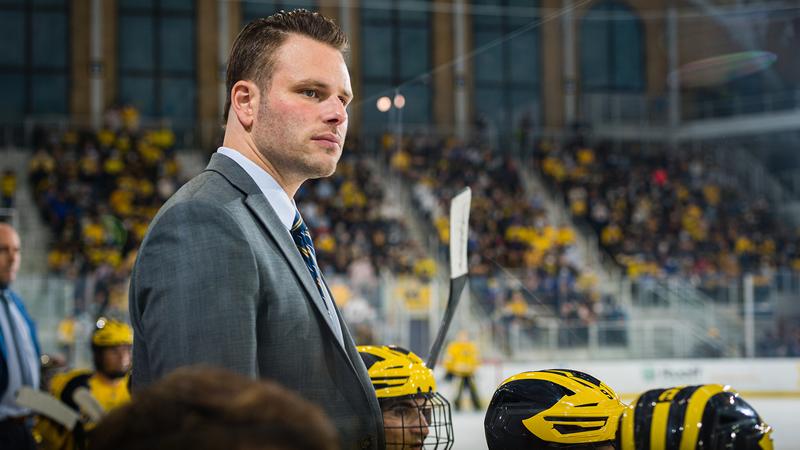 "We are fortunate to have someone of Brandon Naurato's caliber to lead our ice hockey team for the upcoming year," said Manuel. "I had conversations with many individuals who care greatly about this program and appreciate the insight they shared. Brandon will do a great job leading the program, and I look forward to our student-athletes and staff benefiting from his leadership."
"I am honored to lead my alma mater and will give everything I have to what is the most storied program in college hockey," said Naurato. "I want to thank Warde Manuel and our student-athletes for their trust and look forward to working positively with our talented coaching and support staff."

A native of Livonia, Mich., Naurato recently completed his first season on the U-M bench following three years with the Detroit Red Wings organization, where he served as a player development consultant. In that role, he worked with the Red Wings and Grand Rapids Griffins coaching staffs to incorporate individual player skills into the organizational structure.

Along with running all prospect development for Detroit in the summer months, Naurato worked independently with junior, college and professional players in his development program, focusing on blending technical, tactical and transferable skills. He also spent seven years as the owner and director of Total Package Hockey in Detroit, where he started the first online hockey academy in the United States.

Naurato played four years at Michigan, from 2006-09, making the NCAA Tournament all four years. In 130 career games, he scored 32 goals and registered 32 assists. He helped the Wolverines to the CCHA Championship in 2008, which led to a Frozen Four appearance. He played four years in the pros, making stops at Stockton (ECHL), Toledo (ECHL), Port Huron (IHL), Fort Wayne (CHL), and Dayton (CHL).

Michigan's season begins on Oct. 1 with an exhibition game against Windsor (time to be determined) before the regular season commences on Oct. 7-8 with a home series against Lindenwood.
Click to expand...