She has 3 years of eligibility left.

Tomancova is a redshirt sophomore who has appeared in 24 games; Woodard hasn't played for the Gophers.

Need to change the title to add Deja Woodard.

"Daja informed me yesterday she would no longer be a member of our team,'' Whalen said. "We wish her all the best.'
Click to expand...

Ugh. I was very excited to see Deja perform at the D1 leve. :/ 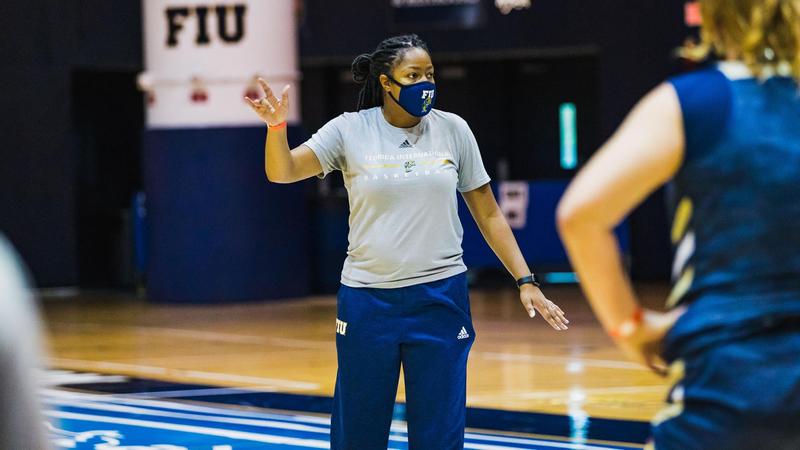 "We couldn't be more excited to add a player, let alone a human being, of Barbora's makeup to our team," Coach Burks-Wiley said. "She is going to be a fierce post presence for us that can also stretch defenses with her shooting ability. Add in her court vision, she is going to be a tough matchup for teams once she steps on the court for us."

Tomancová, a 6-3 post player from Brno, Czech Republic, comes to Miami after two seasons at Minnesota in the Big Ten. In her freshman season (2018-2019) with the Gophers, Tomancová played six games before missing the final 22 due to injury, averaging 2.3 points and 2.3 rebounds. Returning for her redshirt freshman season, Tomancová played in 18 games averaging 0.8 points and 1.8 rebounds per contest, along with being named a Big Ten Distinguished Scholar and an Academic All-Big Ten honoree.

"I am a people person, so having a head coach that I can talk to is important to me," Tomancová said. "I knew what I was looking for in that aspect, and Coach Burks is a genuine and kind person and a coach that is passionate about her program. I am looking forward to playing for her. I like that Coach Burks is aware of my ability to post up but knows that I can play outside as well and isn't planning to limit me to one of them.

"The basketball program at FIU is what I was looking for – a good team, FIU offers a psychology major which is what I want to study, the campus is nice and the fact that it is in Miami is a bonus! I am looking forward to getting the full experience of being a Panther!"

Tomancová played domestically for Zabiny Brno in the Czech Republic's ZBL before playing at Minnesota.

She intends to major in psychology at FIU
Click to expand...

Tomancova is a redshirt sophomore who has appeared in 24 games; Woodard hasn't played for the Gophers.

Need to change the title to add Deja Woodard.
Click to expand...

Apparently Barbora Tomancova left FIU since she is not on the roster. https://fiusports.com/sports/womens-basketball/roster

I'm sad to see here not be successful there either. In the article about her joining FIU ( https://fiusports.com/news/2020/11/19/FIU-Womens-Basketball-Adds-Minnesota-Transfer-Tomancova.aspx ) she talked about being able to play outside but I never saw any evidence she could do so when she was here. Leads me to believe she wasn't realistic and playing to her current strengths and that can be a problem.

Tomancova is at Evansville now. She had 16 points and 15 rebounds in their season opening win at Eastern Kentucky on Monday.

Will be a critical piece to contain Czinano and take down Iowa tonight.