Minnesota and Wisconsin first met on a football field in 1890. The Gophers and Hawkeyes opened their series the next year, while Iowa-Wisconsin squared off for the first time in 1894. Minnesota and Wisconsin became Big Ten Conference charter members in 1896, while Iowa followed in 1899. Their collective history first as combined territories, then as Upper Midwest states, coupled with agricultural, mostly German heritage and border waterways connect the trio in an inseparable way. Those shared ecosystems have led to three of college football’s most intense — and perhaps undervalued — rivalries.

“This is part of college football, man,” Nubin said. “They don’t like us. We don’t like them, and it’s how it’s gonna be.”

“It’s fun to have those games,” said Wisconsin quarterback Graham Mertz, whose father, Ron, was a Minnesota letterman in 1989-90. “Obviously, you love the tradition of them.”

At Iowa, younger players are nominated to research and deliver a speech on rivalry games during team meetings. Fleck discusses each rivalry in detail in that week’s first meeting. During Floyd week, players and fans eat bacon or other pork products every day. If Iowa wins, the players engage in a hog roast the following night. Often the trophies move from display cases to weight rooms or practice fields. And team officials are not above riling up their players with “On Wisconsin,” “The Minnesota Rouser” or “The Iowa Fight Song,”

“The hate honestly grows during the week,” Merriweather said. “I don’t know if anybody else does this, but like our strength staff, they play their fight song throughout the whole week in the locker room. And I tell you, it’s the most irritating thing in the world. I feel like you have no choice but to hate the team that you’re playing because you don’t want to hear that fight song when it comes to Saturday.”

“There are signs everywhere,” Nubin said. “We play the music at practice. It’s just intense. And the buildup is what really drives that game. It’s just awesome. I’m blessed I can be a part of that rivalry and say that I was a part of that story.”

No matter the opponent or the season, Gophers fans chant, “Who Hates Iowa? We Hate Iowa!” and “Fuck the Badgers, clap–clap–clapclapclap” at every sporting event. In 2018, Minnesota players flooded the air inside Camp Randall Stadium’s visiting locker room with nauseating levels of Axe Body Spray to leave their scent behind. 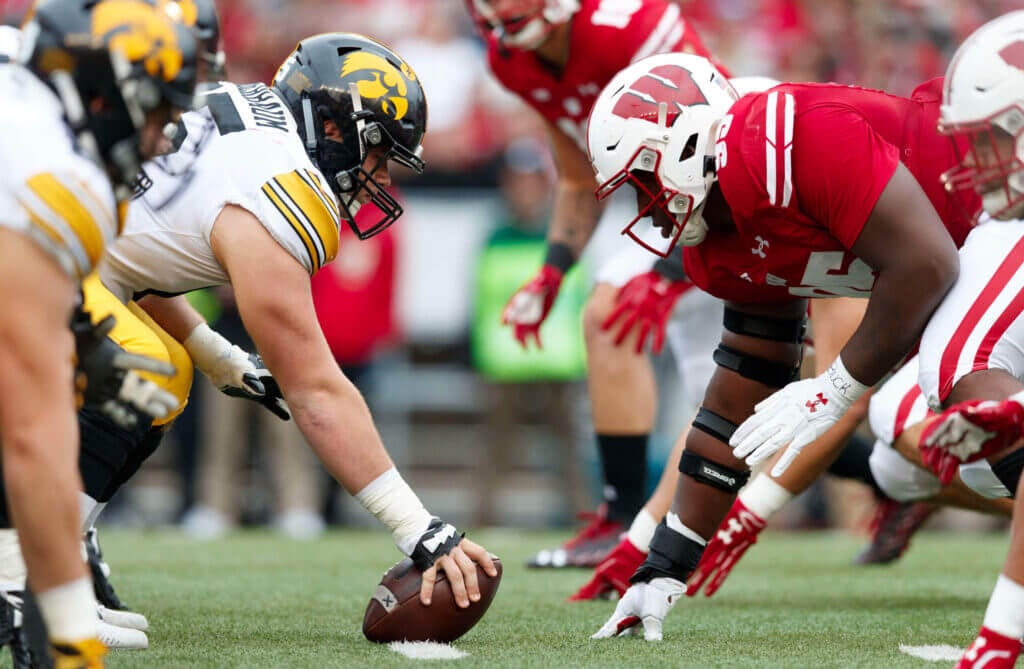 The northwest triangle of hate (Iowa-Wisconsin-Minnesota) shares a history that spills across three centuries.

"In 2018, Minnesota players flooded the air inside Camp Randall Stadium’s visiting locker room with nauseating levels of Axe Body Spray to leave their scent behind."

I have never heard this before.

I have never heard this before.
Click to expand...

That’s news to me too.

I have never heard this before.
Click to expand...

I could be wrong, but Axe has got nothing on Brut 33.

A_Slab_of_Bacon said:
That’s news to me too.
Click to expand...

Well, we took one Axe home with us that night. Might as well leave them a different kind of Axe. It's the neighborly thing to do.

A very interesting and well written article that mostly is about the WI/IA rivalry.