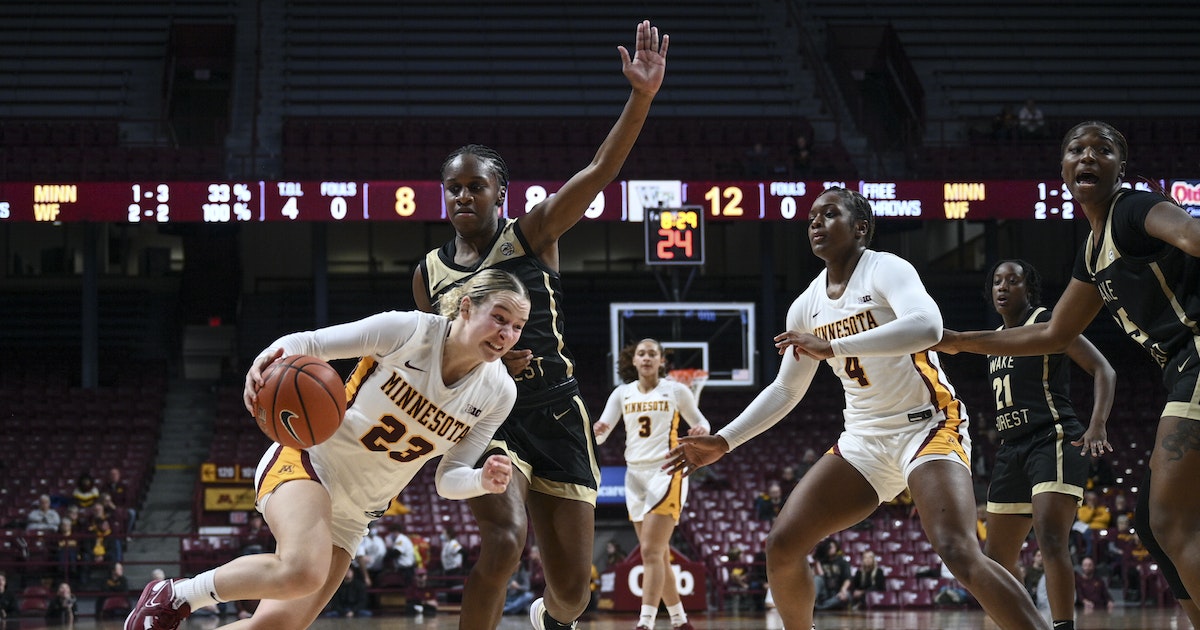 Lindsay Whalen has stressed ways to cut down on turnovers heading into Saturday's game at Penn State.

For all the analysis of the film — and there was a lot after the Gophers lost to Wake Forest on Wednesday in the Big Ten/ACC Challenge — the key, according to coach Lindsay Whalen, is simple:

Against Virginia last week it was a 20-0 Cavaliers' run from late in the first quarter into the second. Wednesday against Wake Forest it was a five-point first quarter in which the Gophers made two of 11 shots and turned the ball over seven times.
Click to expand...

" "They have to understand, as a group, what kind of passes you won't be able to get away with against long, athletic Power Five teams," Whalen said.

A big part of that is movement without the ball. Against Wake Forest there were several possessions where there wasn't much movement, either with the ball or without the ball. And that makes it hard to create enough separation to make a good pass or get a good shot.


It won't get easier Saturday against a Penn State team that is off to a 7-1 start, though that one loss came last week, by 21, to Virginia.

Penn State likes to use a full-court press a lot looking for turnovers and easy baskets.

"We've worked on it,'' Whalen said. "We show 'em the film. We saw when we just stood around, when we forced it, when we took bad shots. When we move the ball, move ourselves, better things happen for us.'' "