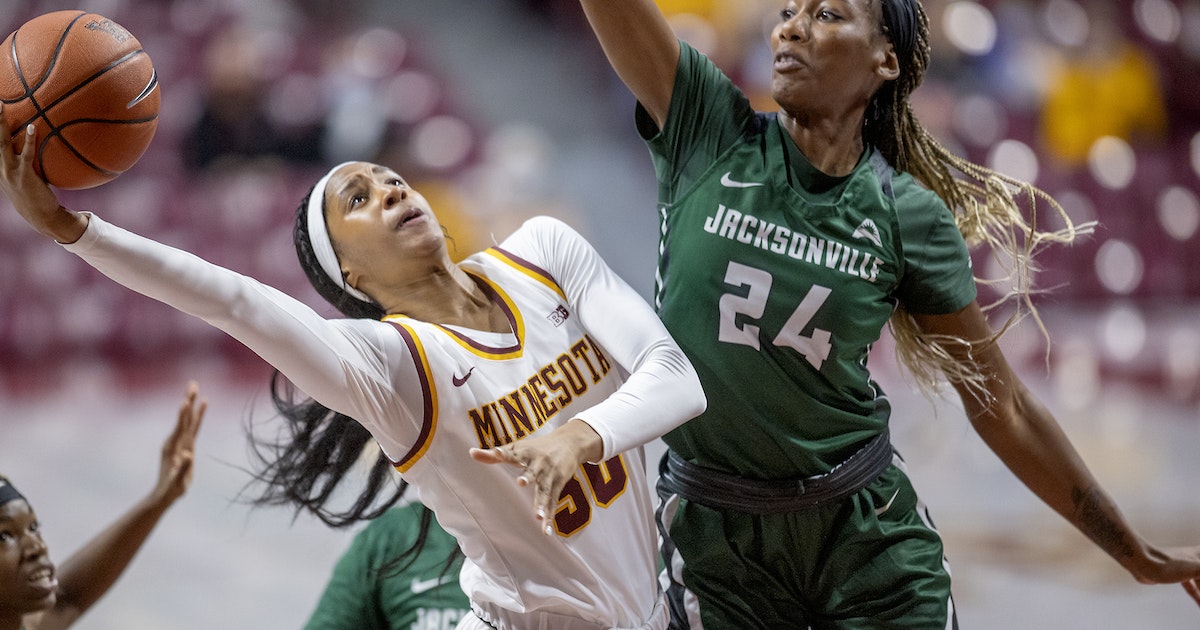 Versatile forward Kadi Sissoko likes to drive to the hoop, but the offense has benefitted from her midrange jumper.

It became very clear very early Monday that Nebraska was going to make it very difficult for Kadi Sissoko to drive to the basket.

The Cornhuskers had watched the film. They knew what Sissoko, the junior forward for the Gopher's women's basketball team, liked to do. So they clogged the lane, pushed Sissoko out.

So she changed her game plan.

In a three-point loss that came on a night starting point guard Jasmine Powell was out with an injured right ankle, Sissoko — the talented forward from Paris — had her best college performance. She scored 25 points, the most by a Gophers player in a Big Ten opener under coach Lindsay Whalen. She made 10 of 19 shots and had six rebounds.

Wearing the face guard she has been using since being hit in the face in a game against George Washington Nov. 14, Sissoko channeled her aggressive plan into finding — and taking — more open midrange shots.
Click to expand...