STrib: Q & A With Keegan Cook 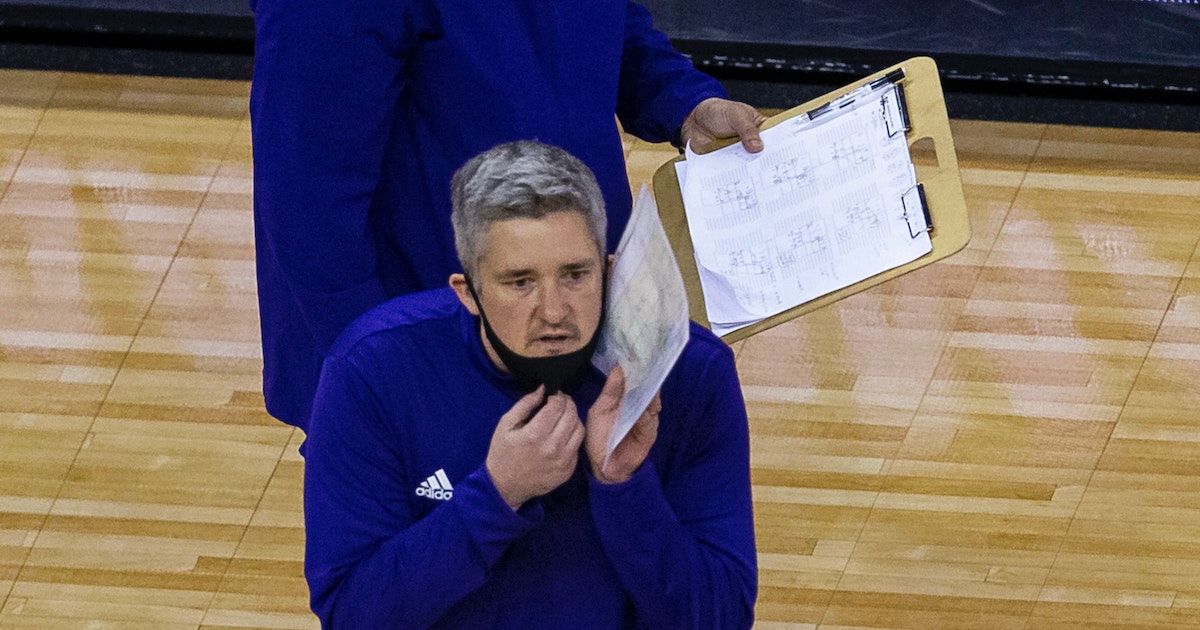 Q&A: New University of Minnesota volleyball coach Keegan Cook: 'I can do this'

After eight successful seasons at Washington, the newly named Gophers coach discusses why he changed jobs, replacing Hugh McCutcheon and how he views the current roster.

New Gophers volleyball coach Keegan Cook was running on a bit of adrenaline when he took time out of a whirlwind 36 hours to discuss his difficult decision to leave the University of Washington after eight years for Minnesota.

He was pragmatic about the challenge, and benefits, of taking over a program that Hugh McCutcheon ran with constant success for over a decade — and about having McCutcheon staying on the athletic department staff. It is a process Cook is familiar with. When he took over as coach of Washington he replaced Jim McLaughlin, a legend in the game who had reached four Final Fours and won a national championship with the Huskies.

This conversation has been edited for length and clarity.

Q: You already have shown that you can not only run a program but inherit a really successful program and maintain it. Was there any part of taking this job that felt like a unique challenge because it will come in the wake of a coach like McCutcheon who had a great deal of success here?

A: I'm not sure. The way I have described it is there was just a calling that happened that I wasn't expecting. Obviously I was not expecting this. I had recently signed a contract extension. I have loved all of my time in Seattle at Washington, but I was really struck when the position opened unexpectedly. It kind of caused me to investigate that feeling. I think we all have that intuition when something is calling us and we can't articulate it and we have to investigate it. That is what started. As I looked into it I thought, this is a situation that I have been in before. I have confidence I can help this team transition.

Minnesota volleyball matters. That is what I told [Gophers athletic director] Mark Coyle. Making sure this program continues the legacy that [former Gophers volleyball coach] Mike [Hebert] and Hugh built is important for our sport. I thought, 'OK. I can do this. I probably am the one who should do this.' So, let's look into it. Then the makeup of the team, it's a younger group with room to grow. That is really fulfilling when you get to spend multiple years with athletes and it's in a city that is not too dissimilar from Seattle. A lot of things kind of lined up where I started to think I couldn't have designed a better job if I tried.
Click to expand... 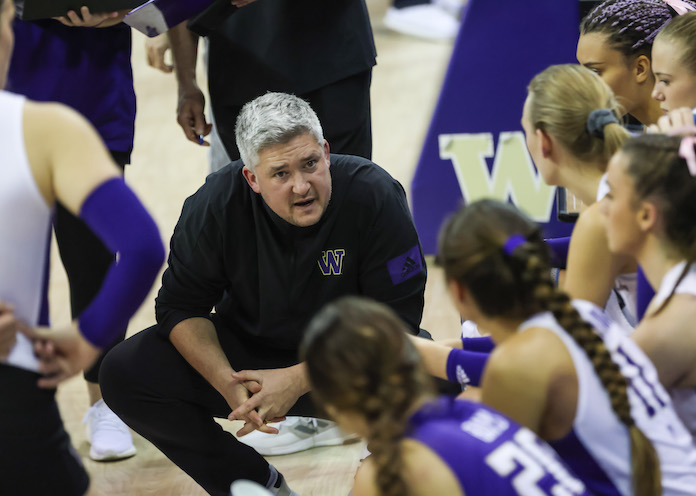 Cook "walking a path you were meant to" as he leaves Washington for Minnesota | Volleyballmag.com

OMAHA, Nebraska — Keegan Cook left his home in Seattle at about noon Monday. By 10 the next morning, he was here in Omaha. In between? Enough time to officially become the Minnesota volleyball coach, get some cold-weather gear with the “M” logo, meet his new team, and get a little bit of...

OMAHA, Nebraska — Keegan Cook left his home in Seattle at about noon Monday.

By 10 the next morning, he was here in Omaha.

In between? Enough time to officially become the Minnesota volleyball coach, get some cold-weather gear with the “M” logo, meet his new team, and get a little bit of sleep.

Finally, once here he got himself some breakfast, his first meal since leaving home, and then headed to an AVCA board meeting. Cook is also the president of the coaches association.

“There are a lot of mixed emotions,” said Cook, for the past eight years the highly successful head coach at Washington. “Heavy hearted, but also feeling like you’re walking a path you were meant to. That’s the best way to describe it. It doesn’t mean it’s easy, but the moment I got to bring my family into that space and introduce them and meet the players, that was special.”

Cook, 37, replaces Hugh McCutcheon, who announced during the season that the 2022 campaign would be his last. The former USA men’s and women’s Olympic coach, who took over at Minnesota 11 years ago, is becoming the school’s “Assistant Athletics Director /Sport Development Coach,” a new position.

Minnesota finished 22-9 this season, 15-5 in the Big Ten. The Gophers’ season ended with a loss to Ohio State in the third round of the NCAA Tournament.

Washington, which made the spring 2021 national semifinals, lost in the third round in the fall of 2021. This season, the Huskies, decimated by injuries, finished 20-11, 12-8 in the Pac-12, and lost to TCU in the first round of the NCAA Tournament.

Cook was offered the Minnesota job this past Sunday night.

“Everything that Minnesota is, who’s there, the history of the coaches who have been there, just called out to me,” Cook said. “And they’re in a position of a space that I’ve been before. I’ve been through a transition like this and I felt qualified to make that move.”

Cook, who is from Pleasanton, California, graduated from St. Mary’s and coached club for NorCal. His college career started at his alma mater, first as a volunteer, then as a full-time assistant.

He was hired by Jim McLaughlin at Washington and when McLaughlin left for Notre Dame two years later, Cook was promoted. He won four Pac-12 titles and made the NCAA Tournament round of eight four times.

In Seattle, it rains and can be chilly, but it’s nothing like an upper Midwest winter.

“They had some jackets waiting for me,” Cook said with a laugh, “which I needed once I got here.”

Cook and his wife, Sarah, and Oliver, a week shy of his first birthday, got to meet the Minnesota team Monday.

Leaving his old one was tough, as Cook told Washington for its official news release: “This is, without a doubt, the most difficult day of my professional career. The University of Washington has changed the course of my life and my family’s lives forever. In this moment, the most important sentiment I can extend on behalf of me and my family is gratitude although there is not enough time and space to express that gratitude to the members of this community.”

But as is the case in sports, new coaches embrace their new team and vice-versa.

“I had about an hour with them and I think what struck me is that when you’re watching them on film, you’re seeing them in a certain light, and then when you’re in a room with them you have the lightness and the fun and the enthusiasm comes across a lot different.

“These are some quality young people and they’ve got room to grow and that really excites me, that I’m going to have a chance to affect them for a number of years.”

And then there’s the part where he moves into the Big Ten, the benchmark of women’s college volleyball (and, yes, there are no Big Ten teams in the NCAA semifinals, but the B1G is the standard by which all over conferences are measured).

“I’d be remiss if I didn’t mention how much support the Big Ten has given women’s volleyball in the last five to 10 years,” Cook said. “Last spring (with the AVCA) we were presenting a lot of ideas to Big Ten coaches and before I knew it a lot of them were in place. And I realized that the conference was really pushing to move the sport forward.

“And the people who have been joining that conference, like Jen Flynn Oldenburg (at Ohio State), Leah Johnson (at Michigan State) and Chris Tamas (at Illinois), I was really impressed with the caliber of people joining the Big Ten.

“And who doesn’t want to compete with other great coaches?”

Cook said his staff was a work in progress. He said he texted with McCutcheon and “I’m looking forward to a longer conversation. That’s another piece that I think is a big deal. Who would not want to spend time with Hugh and have that person in house? At Washington, we had Chris Peterson, who was a great mentor for me the last couple of years.

“Hugh’s going to be there working with coaches and I’m not a finished product yet,” Cook said with a smile, “and I’m still looking forward to learning and growing.”

Cook hit the ground running here. While Sarah and Oliver headed home to Seattle from Minneapolis, Cook went to that aforementioned AVCA meeting. There’s plenty on that agenda, too.

“One thing I would say is we saw the fruits of our effort here with the television coverage in the tournament and the bracket format,” Cook said. “That was a lot of hard work last spring. I want to give a lot of credit to the committee and to ESPN for continuing to move things forward.

“And that conversation continues. Are there other bracket and format changes we can make? Like a staggered format to increase viewership, for example.”
Click to expand...