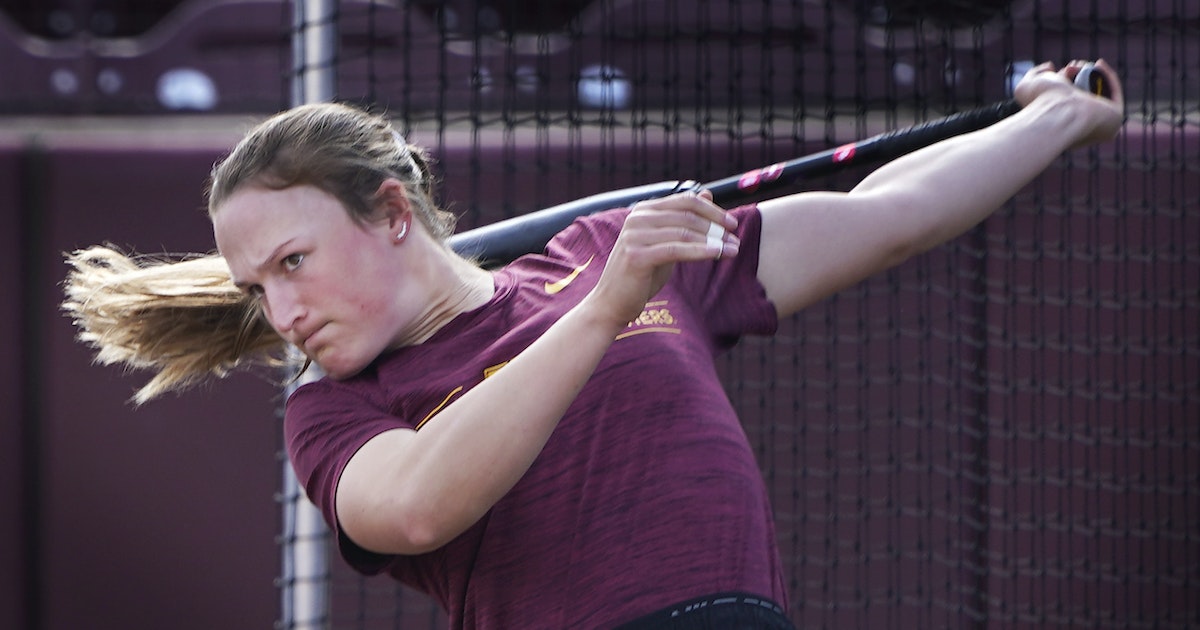 Jane Sage Cowles Stadium, home of the Gophers softball team, sits in a tight space on the University of Minnesota campus, with its left-center field fence only a couple of strides away from the indoor football facility. That building's white facade provides an enticing target for Gophers power hitters who might or might not be aiming to bang one off that wall.

"In B.P., absolutely — and probably too much,'' Gophers center fielder Natalie DenHartog said, referring to batting practice. "I caught myself today just missing underneath. I told myself, 'I just gotta stop trying to launch one and just hit a line drive.' ''

DenHartog knows a bit about hitting home runs. Nobody in Gophers softball history has hit more than the 57 round-trippers that the Hopkins High School graduate has in her four years on campus. On March 27 at Rutgers, DenHartog connected for a two-run shot for her 52nd homer, breaking the school record that Jordanne Nygren set from 1999 to 2003.

With 18 homers on the season, DenHartog is two shy of the single-season school record of 20, which Kendyl Lindaman set as a freshman in 2017 and matched in 2018.
Click to expand...

Another Natalie interview and highlights:

She will definitely be back ext year!
Click to expand...

Good. What a great player.