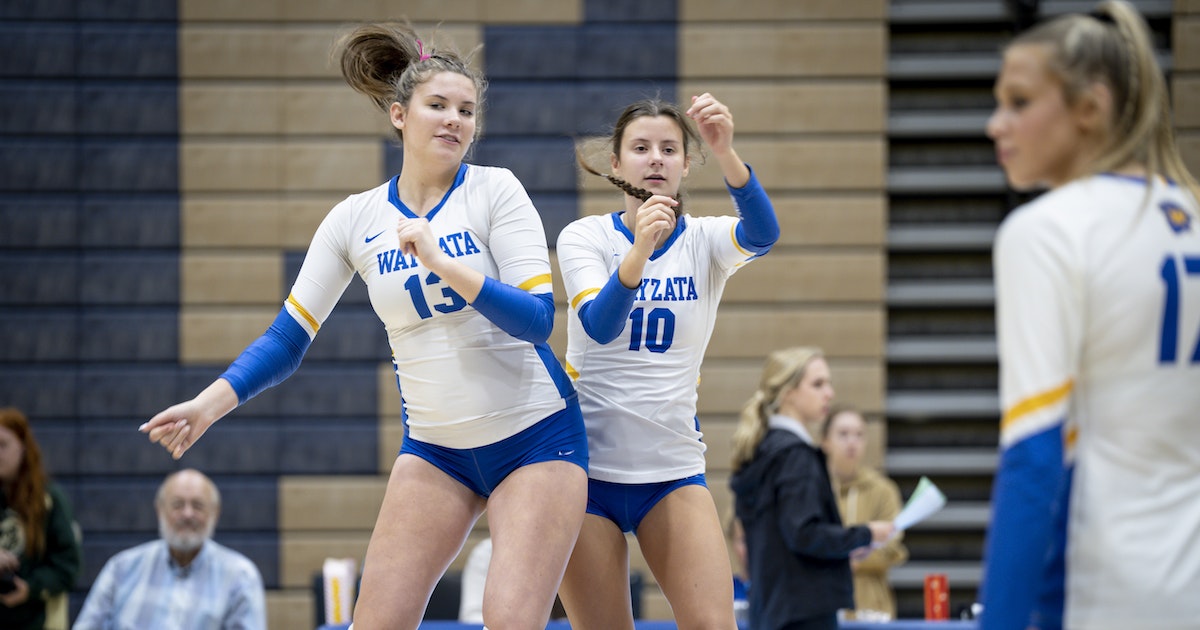 Minnesota's first family of volleyball: 'It takes a lot to be a Swenson'

Wayzata twins Stella and Olivia Swenson, both committed to the Gophers, are the latest family success story. Their older sister was a four-time All-American at Minnesota and there's a younger sister with skills, too.

Wayzata twins Stella and Olivia Swenson, both committed to the Gophers, are the latest family success story. Their older sister was a four-time All-American at Minnesota and there's a younger sister with skills, too.
[...]
Did it actually happen? Wayzata's Olivia Swenson wasn't quite sure.

She thought University of Minnesota volleyball coach Hugh McCutcheon had just offered her a spot with the program when she graduates in 2024, but in all the excitement she couldn't be sure.

"It was last summer and he had, like, 15 other calls to make," Olivia said. "I've always had my heart set on Minnesota. I might have even started crying, I was so excited. But I couldn't remember if he actually made the offer.

Yeah, there's room on the Gophers roster, and in the volleyball world, for one more Swenson, one more member of the first family of Twin Cities volleyball.

Olivia Swenson and her fraternal twin, Stella, are the latest budding superstars to emerge from the Swenson home in Minnetonka, following a largely predetermined path of volleyball excellence. Stella is also committed to the Gophers. They are juniors, Olivia a 6-4 outside hitter, Stella a 6-2 setter, together the power plant that fuels Wayzata, winner of the past two large-school state championships.
Click to expand... 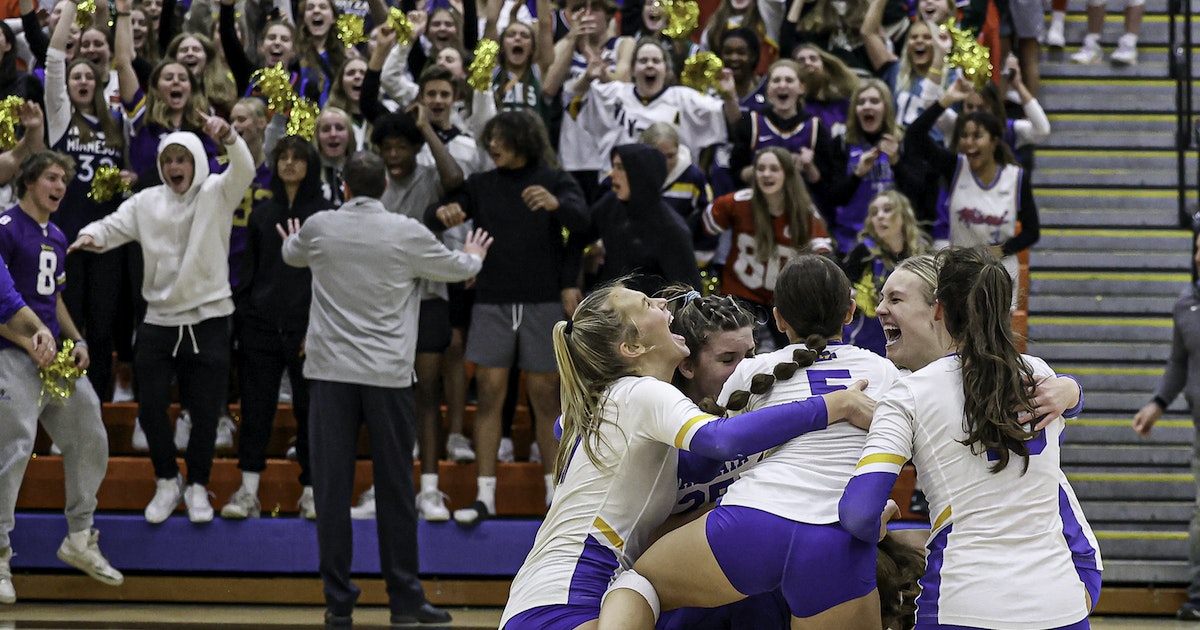 The Trojans won a spot in the state tournament and a chance to defend their Class 4A championship.

Stella Swenson on the attack:

In the end, two things swung the pendulum in Wayzata's favor: a willingness to get a little dirty, and the presence of junior setter Stella Swenson, who orchestrated the offense of the Trojans (27-4) to perfection while also finding avenues to attack.

"Unfortunately, only one team goes [to the state tournament] in our section," Champlin Park coach John Yunker said. "This year we're both pretty evenly matched and we're two of the top teams in the rankings."

After the match, Wayzata coach Scott Jackson echoed Yunker's take, heaping praise on Champlin Park (24-6). "That's an incredible team to not be going to the tournament," he said. "I feel bad for them not going."

"There's not another setter who attacks like her. And she's a heck of a setter, too," he said.

Swenson wasn't just playing offense. She spent much of the match on the floor, diving to save balls and keep points alive. And she did it with her usual swagger.

"There's not a day I haven't worked on every single thing in practice," Swenson said. "I've earned the right to be confident. When I'm confident, it lets everyone else play free. It's hard to play with a timid volleyball player."

Confident, sure, but she's no diva. She's not afraid of dirty work.

"If I can help my team in any way possible, I will be that person," Swenson said.
Click to expand... 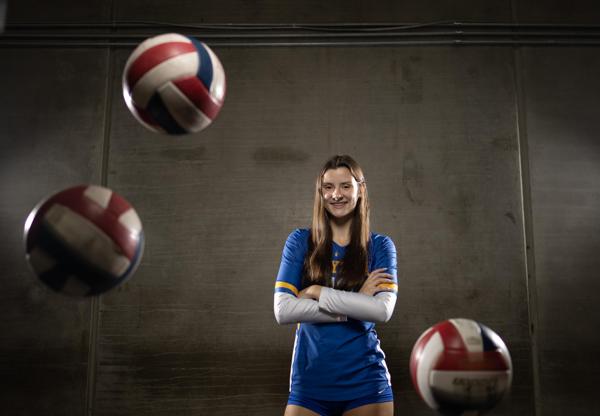 Wayzata’s Stella Swenson, a setter on the attack, is the Star Tribune Metro Player of the Year in volleyball

Wayzata setter Stella Swenson likes to get a little pugnacious when she runs the Trojans offense.

She doesn’t settle for setting. She wants to score, too.

For her setting skills, but also for bringing the fight to opponents when most other setters don’t, Swenson is the 2022 Star Tribune Metro Player of the Year in volleyball.

A setter with volleyball in her genes and confidence spilling over, Swenson is considered one of the country’s best. But she’s certainly not typical.

She can do what all the other top setters can. She’ll deftly take a stray pass and make it an eminently useable set. She’s adept at seeing the weaknesses in the opposing defense and directing the attack that way. And she has the physical skills necessary to run a high-powered offense.

What sets the 6-2 Wayzata junior apart is her willingness, even desire, to play offense. Many setters are content to let the rest of the team reap the rewards, pile up the kill totals. That’s not the way Swenson is wired.
Click to expand...

Stella really is an outstanding player. Of all the setters I've seen since my kids started playing I would only place Kennedy Orr above her. That's pretty high praise.