STrib: Hugh McCutcheon on Why He Resigned 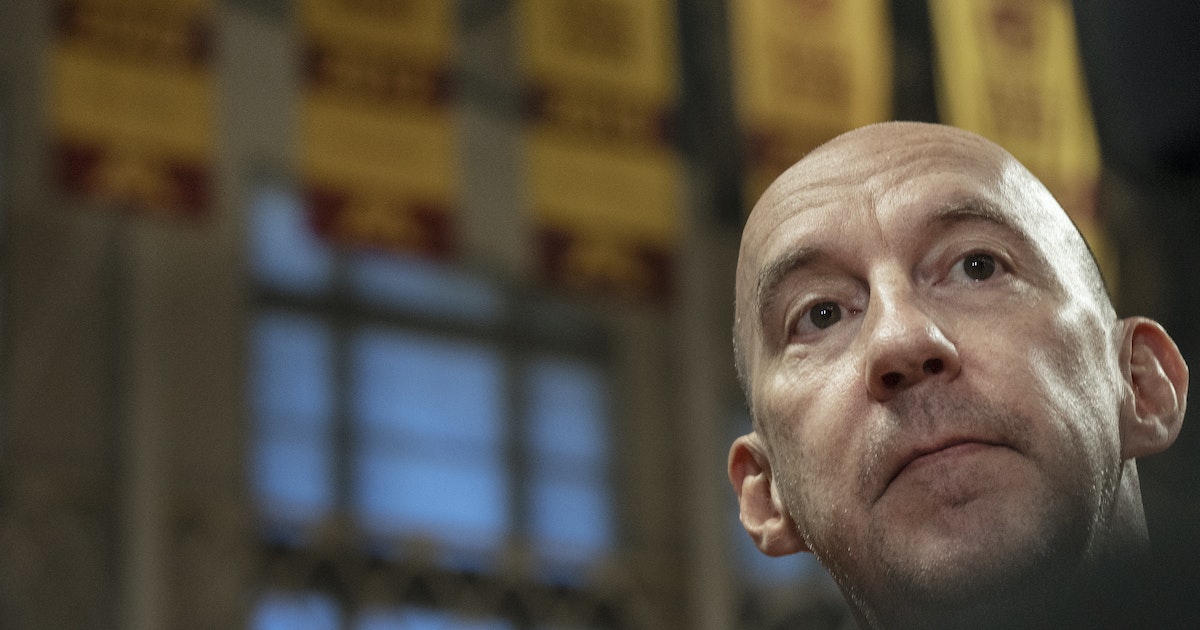 He knew his decision would impact others, and he did not make it lightly — but for McCutcheon the decision to change professions was about finding meaning and living in truth.

On a Sunday night in October, Hugh McCutcheon sent shock waves around the college volleyball world.

At age 53, at the height of his powers as Gophers coach — and having reached three Final Fours since 2015 while leading another stellar roster of talent — he said he was going to resign at the end of the season.

Two months later, sitting in his new office at the end of the labyrinthine hallways of the Bierman Building, McCutcheon looked like a man at peace but in transition. Unpacked boxes were stacked against the wall and two swivel chairs sat in the middle of the room.

The volleyball season had just ended — his final match a Sweet 16 loss to Ohio State — and he was starting in his new role as assistant athletic director/sport development coach.

His departure created fissures for the Gophers volleyball program; some of his former coaches and players have departed. But McCutcheon said that while his resignation felt abrupt, it was a culmination for him.

Not that it made the decision easy
Click to expand...

He knew his decision would impact others, and he did not make it lightly — but for McCutcheon the decision to change professions was about finding meaning and living in truth.

Mentioned in the article:

I've never met Hugh McCutcheon, have only observed his Gophers play from a bleacher seat, and I have no inside info at all. 5 or 6 years ago I started watching Gophers games pretty religiously, enough to buy season tickets, which I've never done for any other sport any time in my life; his coaching and teams were exceptional, to my untrained eyes. His 2018 team seemed the best in the nation until the last half of the season, when they mysteriously peaked too early. My guess was some sort of undefinable dissension among the players. No facts to support that feeling, but I keep that view still today. Despite very good W-L records, the spirited performances decreased in number after that, as did BIG titles & FF appearances from 2019 to now. The roster got smaller & it seemed there were, surprisingly, talented players leaving the program. Attending Gophers games after mid-2018, it felt the Pav crowds often lacked the electricity & expectation of earlier years. Watching the NW loss in 2022 seemed a bottoming out performance, even if tremporary. The lackluster game by the MN team v. NW & the apparent dismay in the HC's expression as he left the floor, I thought, he'll probably quit. He did soon thereafter. My reaction is all impressionistic & purely quantitative. It's rare that outstanding programs & great coaches lose extreme effectiveness so relatively abruptly, but it can/did happen. If I'm wrong, please tell me. If I'm right, any ideas why?