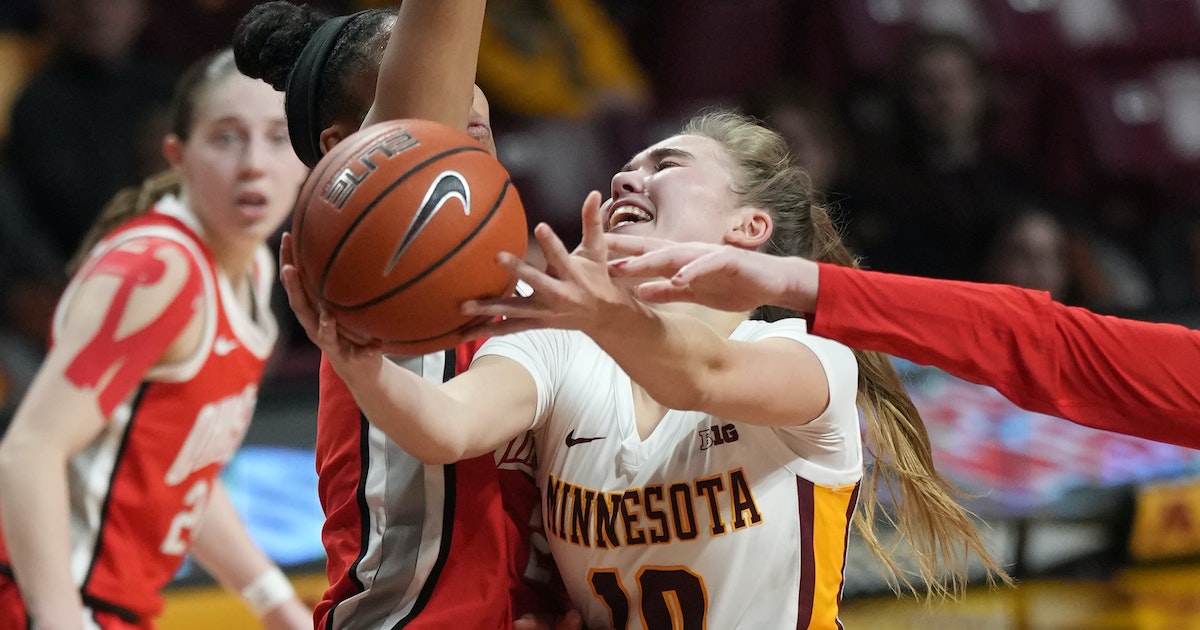 Coach Lindsay Whalen said, "This is probably the deepest [conference] that we've had," as the Big Ten has six ranked teams in the latest Associated Press poll.

The point: For teams in the bottom half of the conference looking to move up, wins are difficult to come by.

"This is probably the deepest [conference] that we've had, as far as, it's a battle every night," Gophers coach Lindsay Whalen said after Tuesday's practice. "We played really well for a big stretch against Ohio State. And we had stretches in Wisconsin where we played well. But we take it on the chin.''

There really are no gimmes, as the Gophers learned Sunday when they lost a four-point game at Wisconsin in what was the Badgers' first conference win. The Gophers on Wednesday host Rutgers, which is 12th in the conference at 1-4, 7-10 overall under first-year head coach Coquese Washington. But that win came Saturday against Nebraska, one of the final teams in the NCAA tournament in Creme's latest analysis.
Click to expand...