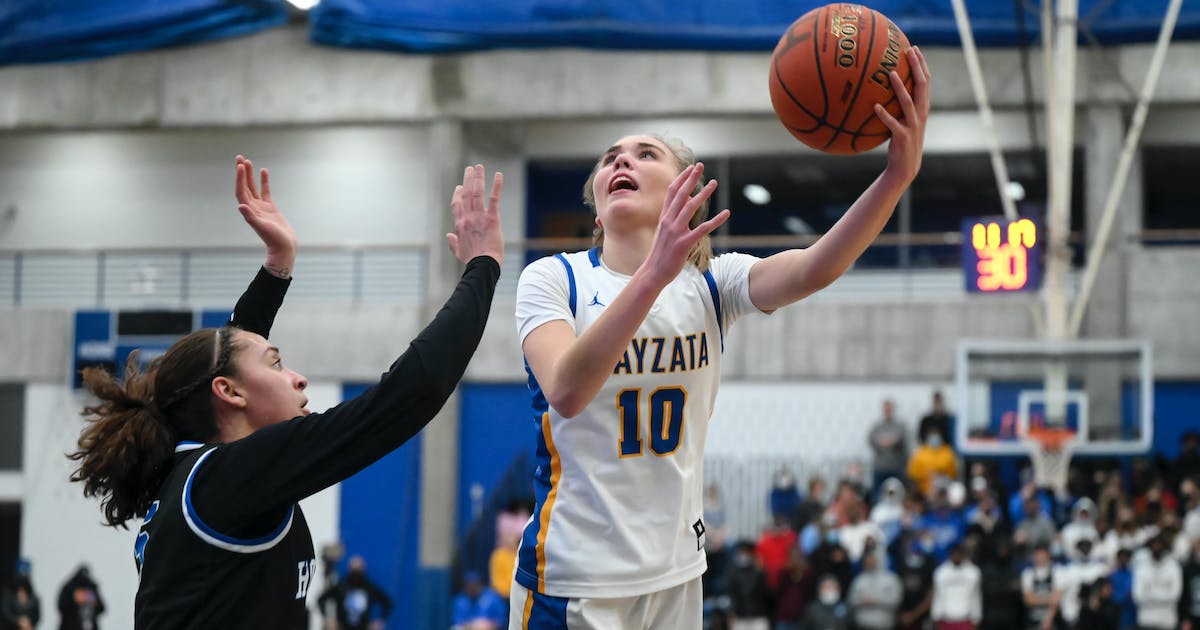 The quartet of Minnesota natives started summer workouts and spoke about creating a team culture that inspires future Minnesotans to play for the U.

As, one by one, they each decided to stay home, to play for the University of Minnesota, they started texting. And calling. Facetiming.

"I reached out to them," Mallory Heyer said. "I wanted them to come, too. I wanted other girls from Minnesota to stay home, so we can build something here."

Interestingly enough, the steady march of transfers that followed a season that ended with a 15-18 record and a berth in the Women's National Invitation Tournament didn't seem to faze any of the freshmen. The turnover didn't give them pause, but purpose.

"It made me feel way more resolved," Battle said. "All four of us, whenever somebody left, we were like, 'You know what? That's more of an opportunity for us to put our names out there.' Really reset the culture and everything. It was sad to see them go. But in the end, it's our turn."

Said Holloway: "It was shocking to say the least. But it's more important that we push forward to the culture we're trying to build here with the players who stayed. It's about being together. We want to be better for each other. In that practice we just had, you could feel the energy."
Click to expand...

For Gophers women’s basketball fans who might be struggling to get excited for next season — and, let’s face it, it would be hard to blame them — the freshman class has you covered. The four players in coach Lindsay Whalen’s freshman class come highly rated, for sure, but their message after the...

And the Pioneer Press' John Shipley:

After Monday’s practice, the first time many of the players had even met, a half dozen spoke up during Whalen’s traditional circle. The players are eager to turn the page with their coach.

As for the players who chose to leave, Battle said, “All four of us, every time someone left, it was like, hey, that’s more of an opportunity for us to put our name out there and really reset the culture. It’s sad to see them go, but in the end, it’s our turn. This is our team now.”
Click to expand...

How big would Lindsay Legend be if she got this turned around? Games would be packed. MINNEAPOLIS - There was optimism in the air and plenty of energy in the building as the University of Minnesota women’s basketball team gathered Monday at Athletes Village for its first practice of the 2022-23 season.

There were a lot of new faces, too. Nine of them to be exact, between five transfers and the best freshmen class in the history of the program, which also happens to be ranked in the top-10 in the nation. Lindsay Whalen is entering her fifth season with the program.

"I think everybody is so excited Day 1. People are coming in and there’s already expectations, a lot put on their shoulders. There’s no question they’re extremely talented, but it’s a team," Whalen said after Monday’s practice. "That’s my job is to keep a monitor on that and it’s a game, it’s fun. It’s supposed to be."

Eight of the 12 players on the roster are Minnesota natives, something Whalen made a priority when she was hired in 2018. She’s also faced some adversity with departures. A few years ago, it was Destiny Pitts. This past season, sharp-shooter Sara Scalia left the program, as did Jasmine Powell and Kadi Sissoko. There are just three players back from last year's team.

Whalen and the Gophers signed Burnsville native Destinee Oberg and Angelina Hammond out of the transfer portal. But all the talk entering the season surrounds the four-player freshman class that's not only the best in Whalen’s tenure, but in program history and one of the best in the country.

Mallory Heyer (Chaska), Nia Holloway (Eden Prairie), Mara Braun (Wayzata) and Amaya Battle (Hopkins) make up Minnesota’s freshmen class. All four are top-100 recruits, and Braun comes in as the highest-rated at No. 28 in the country, and the No. 8-ranked point guard.

"I know they have huge goals and big dreams, and it’s my job and our coaching staff’s job to help them with that. There’s definitely a spark in everybody, not just the four of this class. It’s an exciting time," Whalen said.

So what do they expect of themselves?

"I expect our class to be the class that kind of gets good players from Minnesota to stay home and be a part of the class that really changed the Minnesota Gopher women’s basketball culture," said Battle, whose brother, Jamison, transferred back to Minnesota last year to play for Ben Johnson and the Gophers men's team.

Minnesota has yet to make an NCAA Tournament under Whalen, making the WNIT in her first season.

"Absolutely, we’re here to win. Like I told our team, my team here when I played, the Lynx, that’s ultimately what I want. Great people, work hard, we’re leaders and disciplined. Gotta do that every day," Whalen said. "The times I’ve been around, we’ve done those things well and we’ve had talent, we won. There’s no question there’s a lot of motivation to win, that’s why Mark (Coyle) and Julie hired me. We want to win, there’s no question, and we will. I know it hasn’t been perfect, but we live and we learn."
Click to expand...

They sound like they have their heads on straight. I'm glad because it's a little worrisome how much pressure is going to be on these young women.

Lindsey remains my all-time favorite Gopher player, but somewhere along the line, after she became coach, someone should have recommended that she take a course in public speaking. Sometimes it's painful to listen to her. Of course, if she turns the program around and the Gophers become a contender, it won't matter.

BBJones said:
Lindsey remains my all-time favorite Gopher player, but somewhere along the line, after she became coach, someone should have recommended that she take a course in public speaking. Sometimes it's painful to listen to her. Of course, if she turns the program around and the Gophers become a contender, it won't matter.
Click to expand...

Arms immediately crossed and looks very defensive- she needs to realize that everyone wants here to succeed.

Smile once in awhile

Lindsay said some good things about Oberg; although she was a little fuzzy about how Oberg will fit into our system or, for that matter, what our system will be.