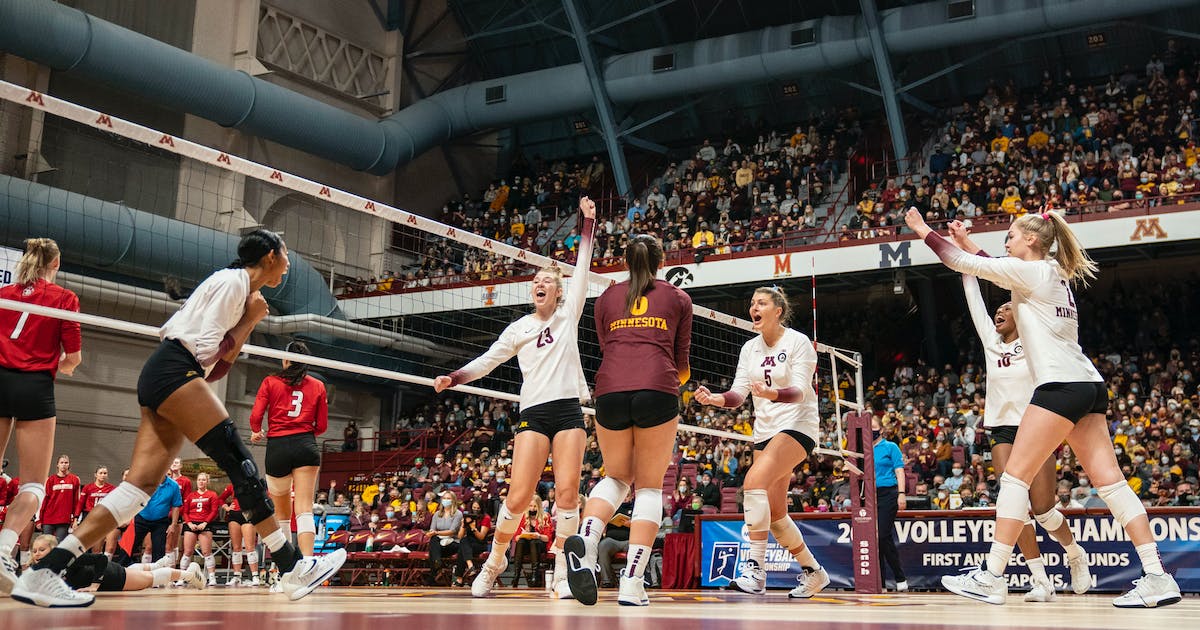 The team will open the season with its usual Big Ten title and national title hopes — and a question from its coach: "What more do we have to do to be a revenue sport?"

In the decade McCutcheon has been at the U, the volleyball program has increased ticket revenue by at least 473%. Gophers ticket revenue was $120,000 in his first season (2012), and that number grew to $687,000 by 2020, the first year of the pandemic. During his tenure, the team has ranked in the Top 5 for national attendance every season.

Ticket growth has been steady and comes at a far greater rate than with every other major revenue sport at the university, several of which show either static or declining ticket revenue over the same period.

It also makes sense. During his tenure, McCutcheon has won 80% of his matches, reached nine NCAA Sweet 16s and three Final Fours in 10 seasons and won two Big Ten titles.

[...]
Michael Calderon, the senior vice president for programming and digital media at BTN, said it took the company eight years after launching in 2007 to get a decent understanding of its viewership demographics. When it did, volleyball jumped out.

"It is our highest rated women's sport. It is our youngest sport from a demographic perspective, and that is saying something in a pay TV world where generally speaking the audience skews older," Calderon said. "I think there is really strong momentum."
Click to expand...