STrib: Get to know the top recruits in Minnesota high school football

The list of highly recruited Minnesota high school football players is heavily populated by the heaviest players: linemen. Here's a look at our top five — six, actually — seniors with information gathered from various recruiting analysts, including height and weight from 247Sports:

Howard is dominant on both sides of the ball; the consensus of recruiting services is he will play tight end in college. He's among the most highly recruited football players in Minnesota history, holding at least 60 Division I offers, including one from the Gophers. His father and high school coach, Willie Howard, has indicated his son is moving toward a July decision. Jaxon Howard, ranked 118th nationally overall by ESPN and sixth nationally as an athlete by 247Sports, finished his junior season with 13 receptions for 172 yards and three touchdowns on offense while racking up 50 tackles and six sacks on defense.

Williams had at least five Division I offers, including one from Illinois, when he committed to the Gophers in February. According to 247Sports' composite of national recruiting services, Williams ranks 27th nationally among interior offensive linemen and is the second overall 2023 recruit in Minnesota.

Davis has six Division I offers, including from the Gophers and two other Big Ten teams, Iowa and Illinois. The 247Sports composite has him ranked 77th nationally among defensive lineman and third overall in Minnesota. He finished his junior season with 53 tackles, 15 of those for loss, and two sacks.

Tripp had four Division I offers when he committed to the Gophers in late January. The 247Sports composite shows him ranked 62nd nationally among offensive lineman and fourth overall in Minnesota. Tripp has said recruiting picked up when he lost weight from 380 pounds.

Greg Johnson (offensive tackle, 6-5, 280): He committed to the Gophers on Saturday. 247Sports' composite has him fifth overall in Minnesota, and 247Sports' own ranking shows him higher, third overall.

Martin Owusu (defensive line, 6-3, 270): 247Sports' composite has him 144th nationally among defensive linemen and ninth overall in Minnesota; had 29 offers across FBS and FCS-level programs. A 3-technique with a nose for the ball, he committed to the Gophers last week. 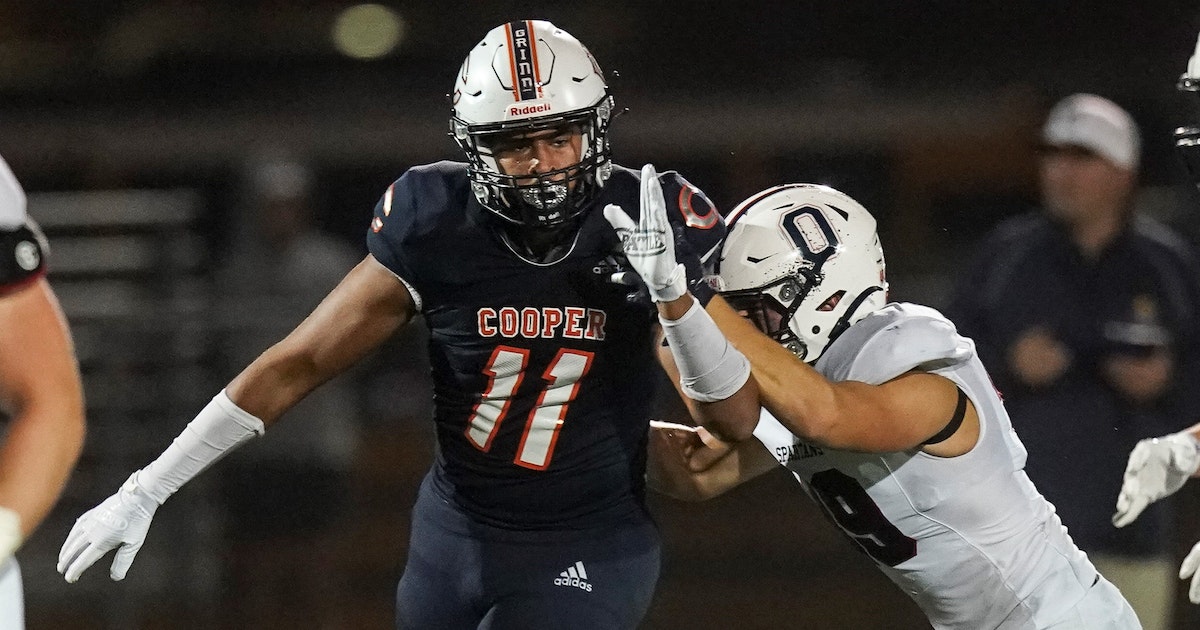 Get to know the top recruits in Minnesota high school football

The current list of highly recruited Minnesota high school football players is dominated by linemen on both sides of the ball.