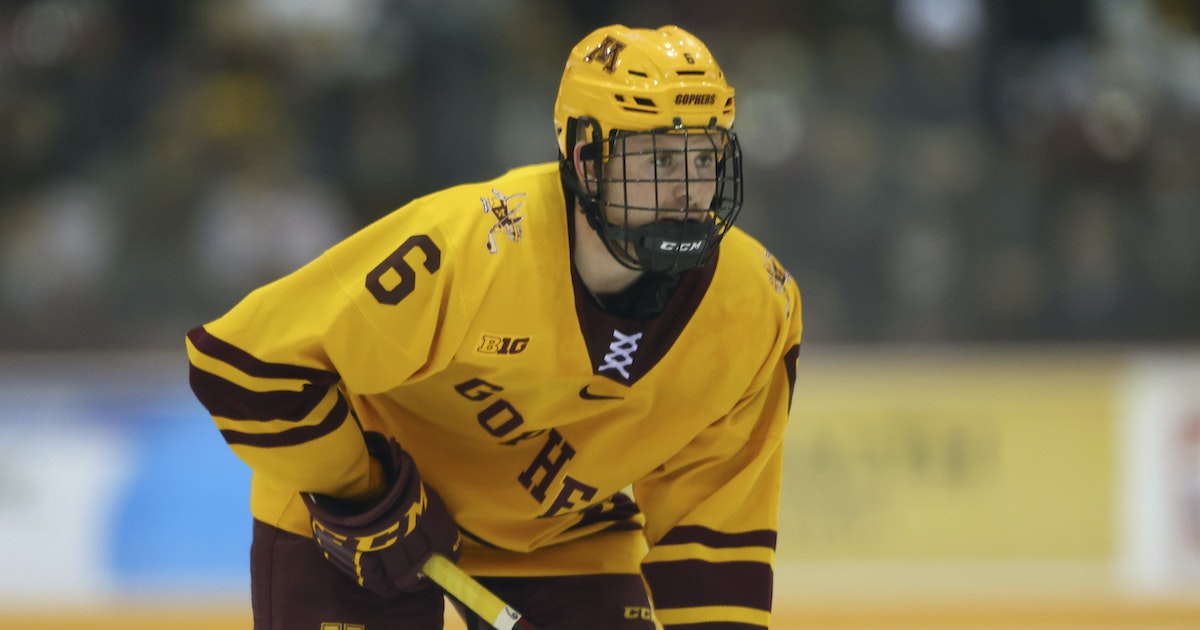 Koster took over when the Gophers needed him on their way to Saturday's Big Ten semifinal against Penn State.

Trailing by three goals in a building in which it had won only once in the previous nine games, the Gophers men's hockey team was looking for a spark on Feb. 19 in the series finale at Penn State. Coach Bob Motzko even suggested to his players during the first intermission that it was time to either start the plane or start playing.

The sophomore defenseman collected a pass inside the blue line, walked toward the goal, faked a forehand shot to get goalie Oskar Autio to commit, stickhandled around the flailing Autio and tucked the puck into the net on his backhand.

The highlight-reel goal cut Penn State's lead to 3-1 in the second period and jump-started the Gophers in their 6-4 win and series sweep at Pegula Ice Arena, a venue in which they had been outscored 40-20 from 2018 through 2021
Click to expand...

Koster has had a great 2nd half. He will go down as a great 4 year Gopher when his time is done. Hopefully with a couple titles.