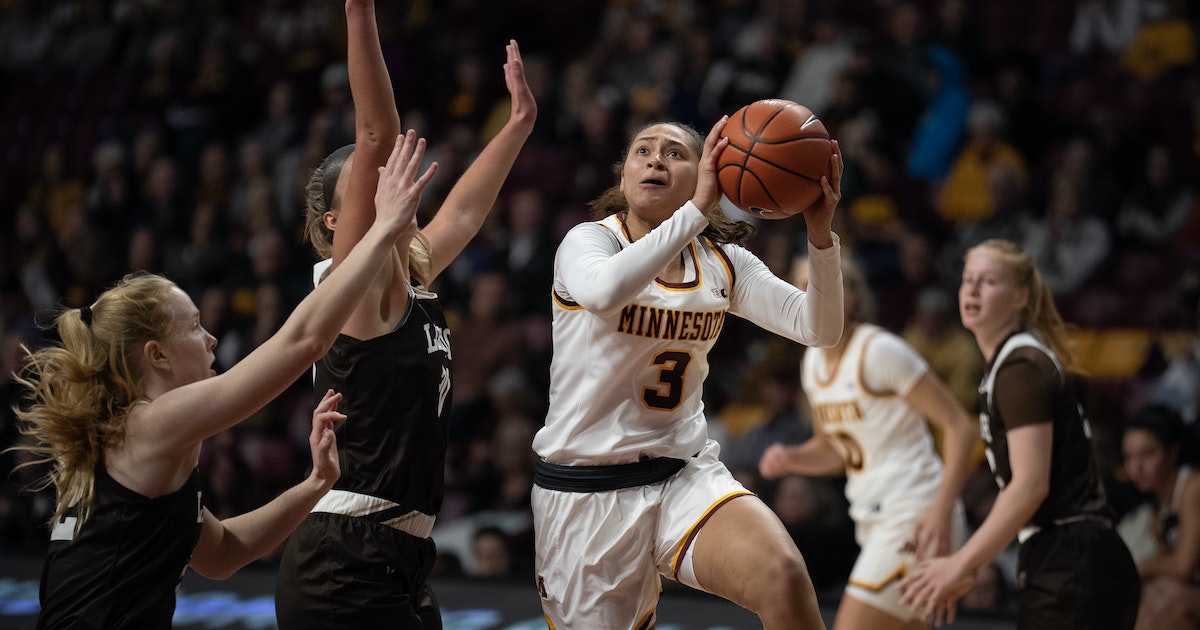 Amaya Battle fills the Gophers' stat sheet and leaves the team smiling, too

The freshman from Hopkins comes off the bench but produces like a starter. She leads all Big Ten freshmen in rebounding and assists.

On the court? Battle, from Hopkins, is mature beyond her years. As a reserve, she is playing the third-most minutes on the team because of the ways she can contribute; scoring, defense, rebounding, blocks. She backs up point guard Katie Borowicz, though they play a lot together, too.

"She doesn't get fazed by anything,'' Borowicz said after practice Tuesday.

Off the court? Gophers coach Lindsay Whalen said she's rarely been around someone so … well, joyful.

"I've never seen someone so fired up about tacos before,'' Whalen joked. "What we're eating, what we're doing after the game. She has an unrivaled joy for life that's incredible to be around. She gives life to everyone around her.'
Click to expand...