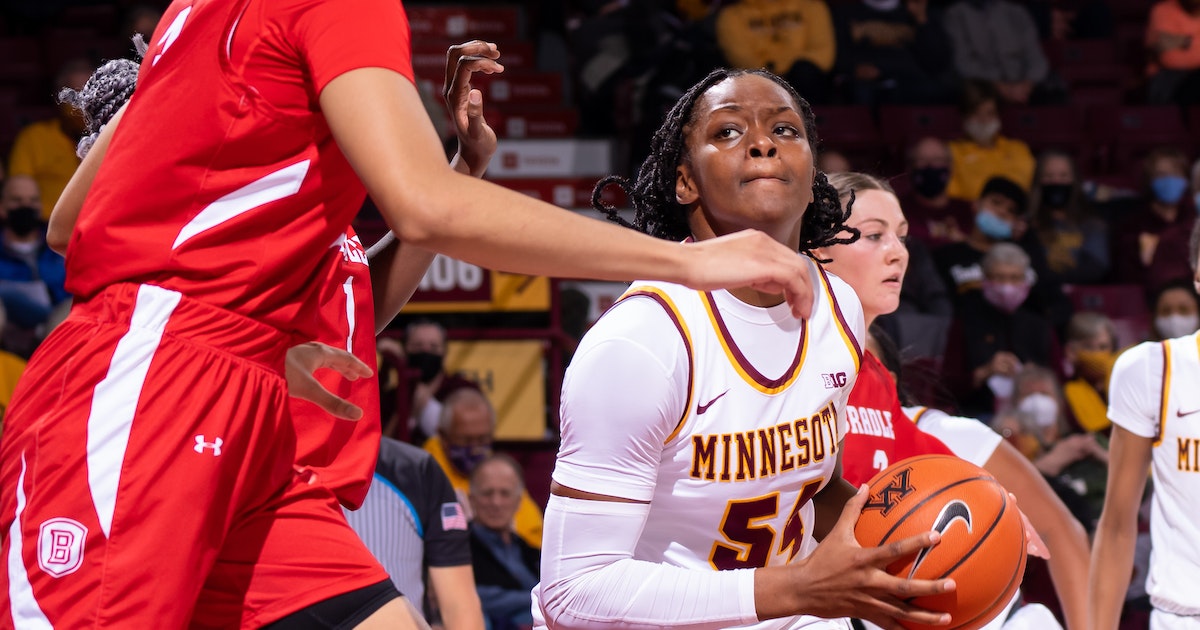 Alanna Micheaux has given the Gophers strong inside play and a shooting touch that should have ripple effects throughout the team's offense.

A star at Wayne (Mich.) High School, Micheaux already has proven to have the strength to finish through contact. But she has shown great strides on defense as well. Whalen said Micheaux reminds the staff a bit of former Gophers post Taiye Bello, who was so adapt at playing pick-and-roll defense, defending her player and still being in position for the rebound.

Micheaux says games such as against the Tar Heels do wonders to bolster her belief in herself.

"I'd say my confidence is really high," she said. "I think I've improved in a lot of aspects. But defensive-wise, my toughness has gotten up there."

She has shown the ability learn quickly. Earlier in the season, Micheaux was often called for traveling when initiating a move. Hours of work in and after practice — much of it with Gophers assistant Shimmy Gray-Miller — has all but eliminated that. A lefthander, her ability to finish with the right hand has improved
Click to expand...

Really encouraged by her recent performance against NC. Would be great to have a post who is an offensive threat again.

She should be starting.

LakevilleBro said:
She should be starting.
Click to expand...

I completely agree, Helgren is a black hole. Every opponent knows by now if she gets the ball she won't shoot it, she will just pass it back out to the perimeter. Unless she is an interior scoring threat, she isn't doing much good. She can rebound decently and moves well but not quite well enough to be a dominant defensive presence, evidenced by all the points in the pain by our opponents. IMO our biggest problems this year continue to be interior defense (easy points) and turnovers. They don't seem to be improving much in these regards, I wish they would at least take a page from the men's last game where they had an astounding 4 turnovers.

If Helgren would just try something offensively that would help but the ball is like a hot potato in her hand. I would just like to see her play with confidence offensively even if she is faking it until she makes it. I should say she is better in many respects than I expected when she came except for offensively she is performing worse than I expected.