Gophers add another player to the 2022 class - Brijana 'Breezy' Burnett from Jacksonville, FL. Had been committed to Duke, but reopened her recruiting recently. Here is an older article about her: 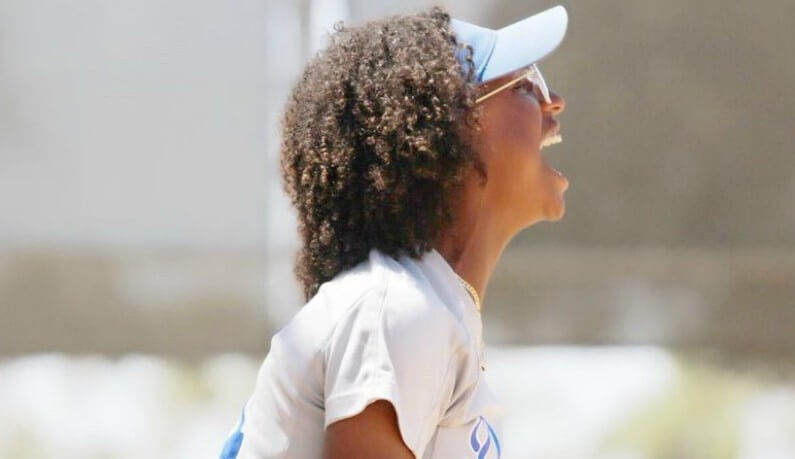 Brijana Burnett is an energetic 2022 outfielder from Florida who goes by the nickname "Breezy" and is a star in the making for the Lady Dukes travel ball team.

Gopher68 said:
Gophers add another player to the 2022 class - Brijana 'Breezy' Burnett from Jacksonville, FL. Had been committed to Duke, but reopened her recruiting recently. Here is an older article about her:

Brijana Burnett is an energetic 2022 outfielder from Florida who goes by the nickname "Breezy" and is a star in the making for the Lady Dukes travel ball team.

That 2022 recruiting class is looking real nice. We need an infusion of talent in that class. I like that she is listed as primarily an outfielder. We’ve been solid but not spectacular defensively there. Breezy could change that immediately.

Extra Innings had her at #22 overall and #4 among outfielders in the 2022 class at one time. Although I put little emphasis on softball recruiting rankings, it’s worth pointing out.

I also agree with the unimportance of recruiting rankings, but it looks as though some future Gophers are getting some respect. No mention of Burnett anywhere...seems a bit odd, but again, I don't take too much stock in the rankings. These are from the most recent extra innings top 200 of the 2022 class. 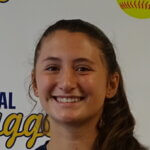 T-43—Jessica Oakland, MIF, Cal Nuggets – Woods (Minnesota)
Jessica, or “Jess” as she is also known, is an elite level athlete. She has the ability to throw on the move from a variety of arm slots and has pure offensive power with the ability to hit to all sides of the field. Her Nuggets coaches say: “She is a leader on the field and an excellent communicator. Jess has sticky hands, an elite level glove and is a rare mix of a fierce competitor, a loyal teammate and an absolute stud on both sides of the ball.” The infielder helped her Nuggets team finish 9th at Boulder IDT, 5th at Triple Crown Nationals and 17th at PGF Nationals. Last Spring, Jess helped St. Francis (San Jose, California) High finish with a 26-0 record to capture the Central Coast Section title. She hit .612 with 19 home runs and 55 RBIs on the season. Recently, she was named the San Jose Sports Hall of Fame Athlete of the Year for 2021. 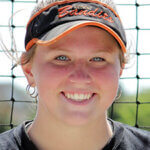 T-54—Sydney Schwartz, P/3B, Beverly Bandits – Holloway (Minnesota)
Sydney was the Minnesota Gatorade Player of the Year last year and will stay within the state borders to play for the Minnesota Gophers. She is more of a dropball pitcher with a tough changeup and when not shutting down hitters can play defensively at first or even third base. She’s also a standout hitter and bats in the 4 and-5-spots for the Bandits. Her versatility in where she can play on defensive gives her teams a lot of options. For Chanhassen High she earned 1st Team All-State and for the third year was All-Conference. She already holds the school records for career strikeouts, strikeouts in a game (18), perfect games (three in one season), career batting average (.502), on-base percentage (.581) and slugging percentage (.883).

Addison Leschber is left-handed but was named all-state as a catcher. A left-handed catcher gets my attention although 1b and the outfield more likely in college

All 4 2022 recruits mentioned above and Billi Connell from Luverne, MN have signed.