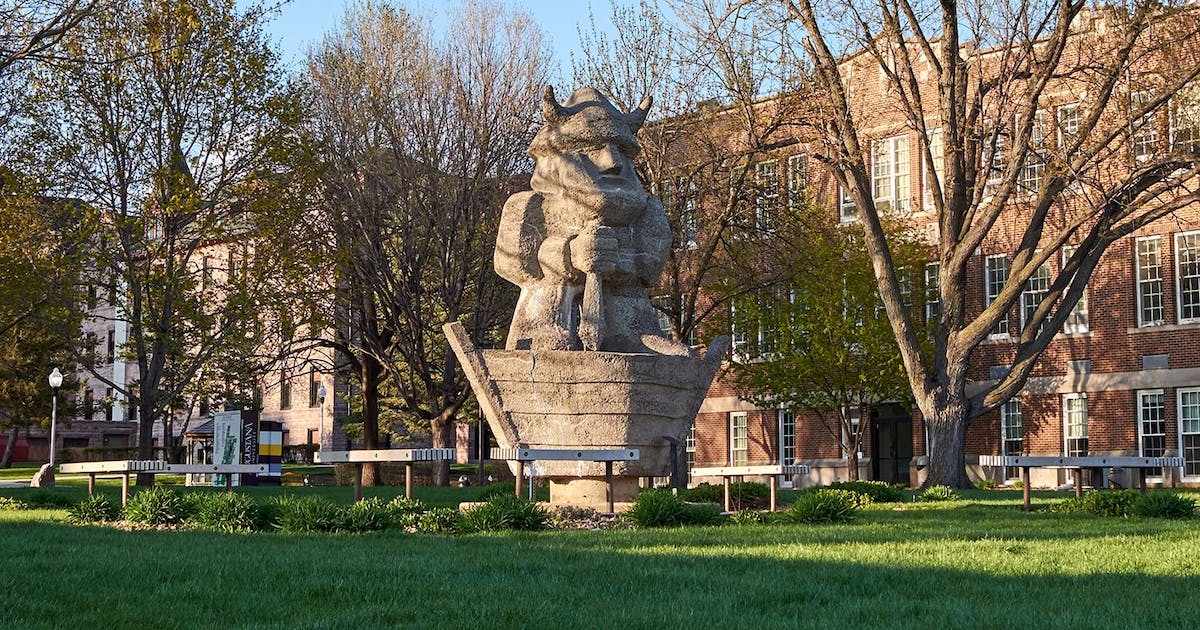 Details of when the school would begin play aren't certain, but the venture has received backing from prominent businessman and philanthropist T. Denny Sanford.

The college hockey landscape in the future could include a team in South Dakota, with Sioux Falls-based Augustana University on Wednesday announcing it plans to add a Division I men's program.

Though details of when the program would begin play are to be determined, the school is in the midst of planning for all of its athletic programs to move from the NCAA Division II level to Division I by 2030. In May of 2020, the Summit League rejected Augustana's bid to join the conference in most sports (it does not offer hockey), with St. Thomas instead receiving an invitation. The Vikings have yet to secure an invitation to a Division I conference, and its hockey home would be determined later.

Momentum for a Division I men's hockey program at Augustana received a boost with Sioux Falls businessman and philanthropist T. Denny Sanford putting his support behind the venture.
Click to expand...

T Denny dumping his dough into South Dakota schools. Remember when he was our megadonor?

I suppose they'll be joining the new "CCHA" as well?

Maybe the NCHC can call itself the "WCHA" then.

I haven't been able to grasp why Augustana wants to go D1. I'd love to see the financial analysis behind it. I must be missing something. They'll be one of the smallest D1 schools in the country in an extremely small market that already has multiple D1 schools. They are usually good but don't dominate the NSIC in the revenue sports football and basketball. They left the NCC years ago because they couldn't compete with the D2 (then) Dakota schools; their prospective future rivals.

I just don't get it.

Edit add: I got Morningside and Augustana mixed up. Morningside left the NCC before it disbanded.

The more the merrier