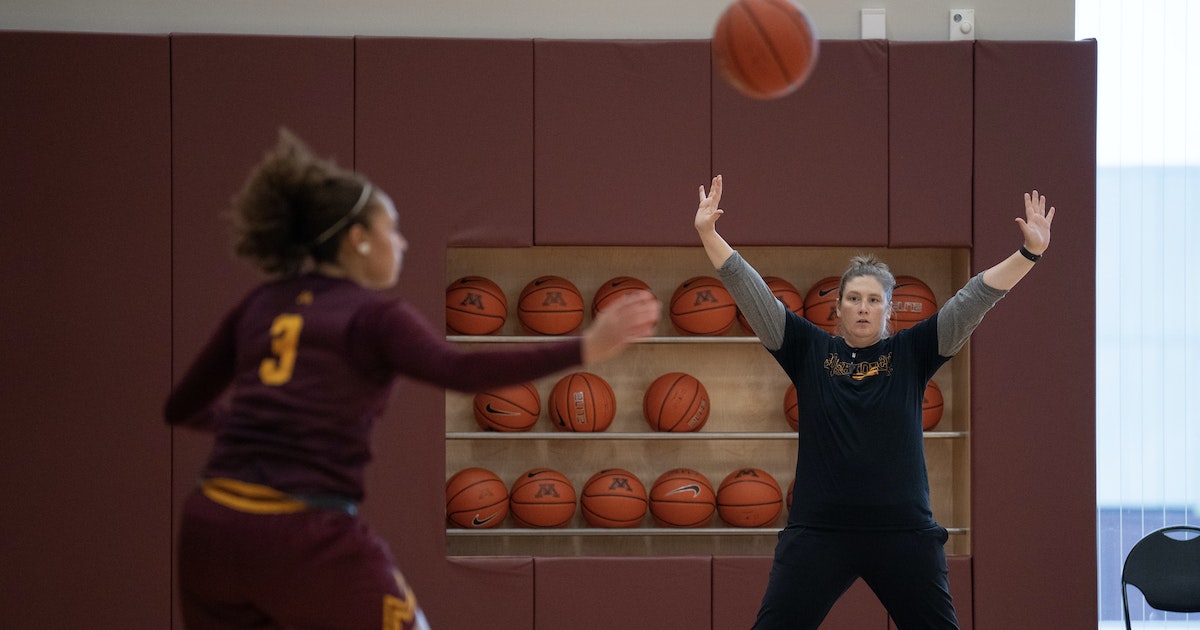 What's next for Gophers women's basketball recruiting, now that top freshmen are here?

At least three players will sign letters of intent Wednesday to be a part of Gophers women's basketball coach Lindsay Whalen's 2023 recruiting class:

Anyone think there will be any surprises tomorrow?

Tried to look it up, but not having much luck. Anybody know what other schools offered the 3 recruits???

cheeseheadgophfan said:
Tried to look it up, but not having much luck. Anybody know what other schools offered the 3 recruits???
Click to expand...

Committed is different then signed. We know she committed we want to know if she signed.

Unless I'm missing something, the link doesn't say she signed.

Willwin40 said:
Committed is different then signed. We know she committed we want to know if she signed.
Click to expand...

Sorry just trying to help on here, a one word question, not even a full sentence. I was guessing because my mind reading is poor.

Probably asking the wrong people then. Only she or the U can answer that. The link goes to her own current pinned tweet. That is pretty good, even someone who signs up isn’t guaranteed, especially an overseas player.

It looks like from her Instagram that she signed today. I wasn’t too worried since they haven’t done the full release with everyone.

Nice. What I assume to be the final piece. Ajok Madol. 6’2 wing/ Forward from Canada. There is some serious length in the guard spots. Seems to be a nice complimentary class to this years. 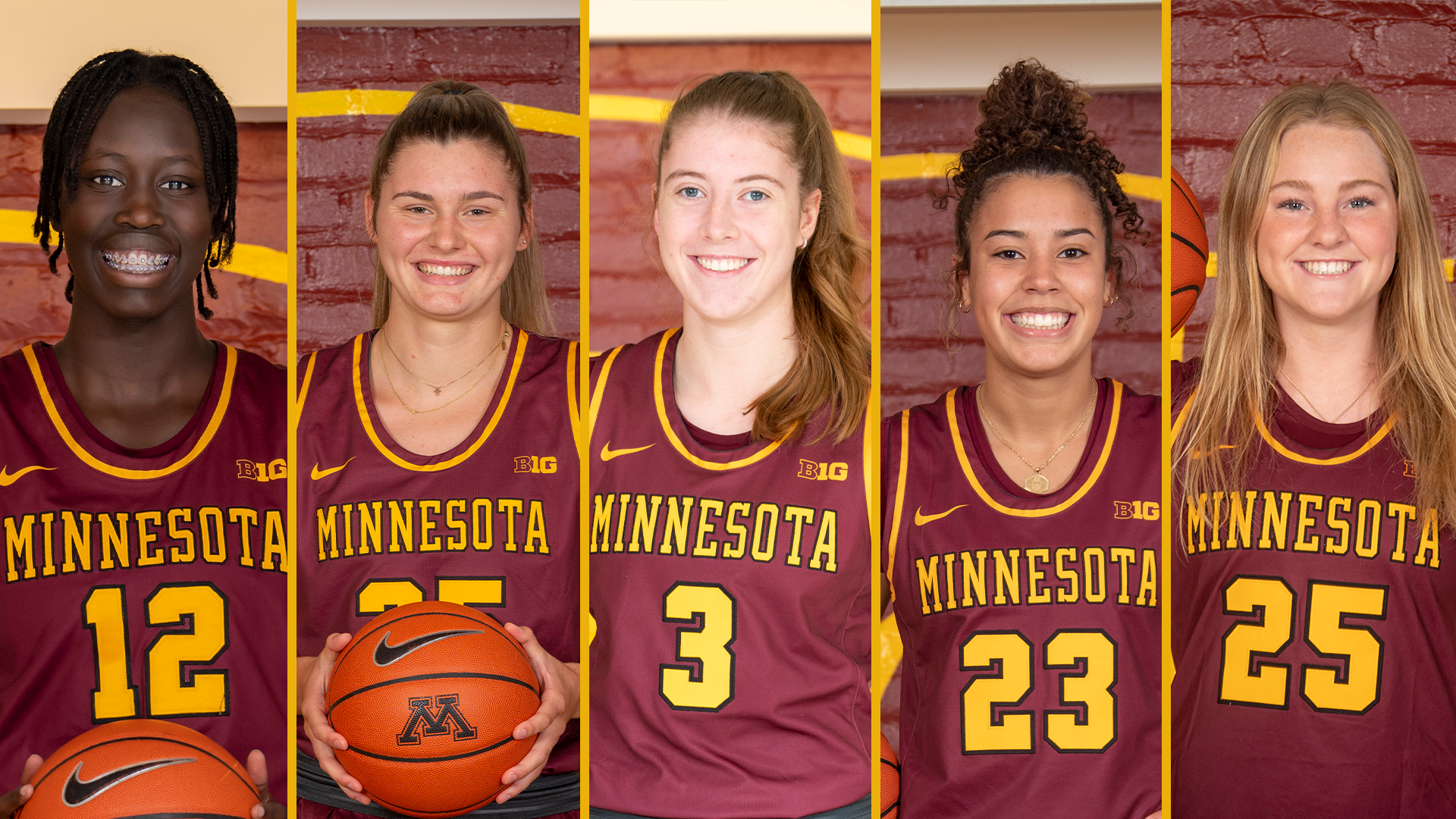 Minnesota head coach Lindsay Whalen has announced the addition of five student-athletes that have signed National Letters of Intent or an Acceptance of A...

MINNEAPOLIS – Minnesota head coach Lindsay Whalen has announced the addition of five student-athletes that have signed National Letters of Intent or an Acceptance of Admission to join the Minnesota women's basketball program for the 2023-24 season. Signing NLIs with the Golden Gophers are Kennedy Klick, MyKynnlie Dalan, Ajok Madol and Dominika Paurová while Brynn Senden signed an Acceptance of Admission.

"I am thrilled to announce this incoming recruiting class that includes five outstanding young women who come from all over the world and embody exactly what it means to be a Gopher," Whalen said. "This group has a wide range of skills that we are extremely excited about. They are not only outstanding basketball players, but are also outstanding people that will positively impact our University and community for years to come."

Paurová joins the Gophers after a well-traveled prep career that saw her play both internationally and in North Carolina and Florida. Paurová has been a mainstay on the Czech Republic youth national teams as a member of various age-group teams from 2018-22. The versatile forward averaged 14.8 points, 9.3 rebounds and 2.7 assists per game at the 2022 FIBA U18 Women's European Championship where her team finished as the runner-up. She's won two Czech Republic National Championships in two different age groups (U15 and U17) and finished as the runner-up in 2021 where her team played against USK Prague that had WNBA players and US National Team players Brionna Jones and Alyssa Thomas on their roster. She posted three double doubles during the FIBA U19 Women's World Cup in 2021 in Hungary where her team finished in sixth and she is a member of the NBA/FIBA Basketball Without Borders.

"Dom is an exciting versatile player that can really play all over the court," Whalen said. "With the ability to play on the perimeter and use her size on the interior, Dom brings us someone who will be able to create mismatches. Dom will also run the floor and has shown the ability to handle the ball and score in transition. Playing at a high level for her national team in the Czech Republic brings us her international experience and toughness from playing on the world stage."

Making the move from the west coast is Montesano's McKynnlie Dalan, an attacking forward out of Washington. Dalan was dominant in her most recent prep season, averaging 21 points and 16 rebounds during her junior campaign. She is a dual-sport athlete, playing four years of basketball and volleyball for her high school and was an All-State honoree in both sports during her junior year. Dalan comes from an athletic family with her mother playing at the University of Washington (1999-03) where current Minnesota Associate Head Coach Shimmy Gray-Miller coached her for three seasons from 2000-03. Two of Dalan's Aunts, and three uncles played at the college level as well.

"McKynnlie Dalan is a player we are really excited about simply due to the fact that she is tough," Whalen said. "She scores in bunches and when she is locked in, not many players in Washington were able to stop her. She overcame injuries and led her high school to their first team trophy in their history. Our staff is really excited about what she can bring to our program."

Minnesota's second international in this year's class is Canada's Ajok Madol. The lengthy wing comes to Minnesota out of Regina, Saskatchewan, Canada, by way of Archbishop MC O'Neill Catholic High School. In 2022 she played in the U17 FIBA World Cup with Canada, helping her squad reach the semis before falling to Team USA and finishing fourth overall. She attended the 11th edition of the Basketball Without Borders Americas camp and the 2022 Biosteel All Canadian Basketball game in 2022. One of Madol's biggest performances in her prep career was in the Regina Intercollegiate Basketball League's junior girls division final where she scored 35 points.

"Ajok brings us great length along with the ability to play multiple positions," said Whalen. "She has touch around the basket and is able to set up her teammates when needed. Playing for Team Canada Internationally Ajok has shown the ability to show up in big moments to represent her country. We are thrilled to welcome her to our family and look forward to her stepping up in big moments here at the University of Minnesota."

Wrapping up the Golden Gophers signing class is Kennedy Klick out of Brooklyn Park, Minn., and Maple Grove High School. Klick averaged 12.3 points per game in her latest prep season, earning All-Conference honors in the Northwest Suburban Conference. She was named All-Section her junior season and won a Section 4AAAA Championship and State Championship her freshman season while playing at DeLaSalle. One of Klick's assistant coaches was former Gopher Ashley Ellis-Milan (2007-10).

"Keeping Kennedy home was a high priority for our staff, and we were really excited to get her to join our family," Whalen said. "Kennedy is a versatile player being able to set up her teammates as well as create her own offense when needed. Being able to guard multiple positions defensively is another quality that Kennedy brings to our team. She is passionate about our state and wearing the Maroon and Gold, so we know fans are going to love watching Kennedy play at the Barn during her career."

Additionally the Gophers added one preferred walk on in Brynn Senden of Wayzata, Minn. Teammates with current Gopher Mara Braun at Wayzata, Senden averaged 10.0 points per game during her 2021-22 prep season. She dropped a season-high 23 points against Minneapolis Southwest last season, and helped Wayzata reach the section final against Hopkins and now-Gopher Amaya Battle.

Minnesota's 2022-23 season continues with a matchup with Lehigh on Nov. 13, at Williams Arena. The game will tip at 3:00 p.m. CT and can be seen on B1G+. All of Minnesota's regular season games can be heard on KFAN+

Minnesota head coach Lindsay Whalen has announced the addition of five student-athletes that have signed National Letters of Intent or an Acceptance of A...

I must say I am pretty excited by this class and it's upside. I like the kinds of players they are getting even if they aren't on the chart of recruiting services.

The U updated it's website and they have the gull bios for the new signees!

Will we have room to sign a couple of players from the transfer portal?

walleye said:
Will we have room to sign a couple of players from the transfer portal?
Click to expand...

Four scholarships will be leaving and I think they have 2 not being used. Sorobably?