SI: Gophers are a true contender in the Big Ten, maybe nationally

The Minnesota Gophers appear to be for real. They're elite in all three phases of the game, have experience on both sides of the ball and play a schedule that could help vault them to the Big Ten Championship Game against the winner of the Big Ten East, be it Ohio State, Michigan, Penn State or another team.

Plenty of questions remained after the Gophers whipped New Mexico State, Western Illinois and Colorado by a combined score of 149-17 the first three weeks of the season, but Saturday's dominating 34-7 win at Michigan State put the rest of the country on notice.

The Gophers got what they wanted when running the ball. Tanner Morgan resembled the quarterback that got some NFL Draft hype following his excellent 2019 season, finishing with as many touchdown passes (3) as incompletions (3) – and he did that in his first game without his top wide receiver, Chris Autman-Bell, who is out for the season with a leg injury.

They have a Heisman hopeful in running back Mohamed Ibrahim, who extended his streak of consecutive games with 100+ yards to 13, just two shy of the Big Ten record set by former Ohio State-turned-Dallas Cowboys star Ezekiel Elliott. 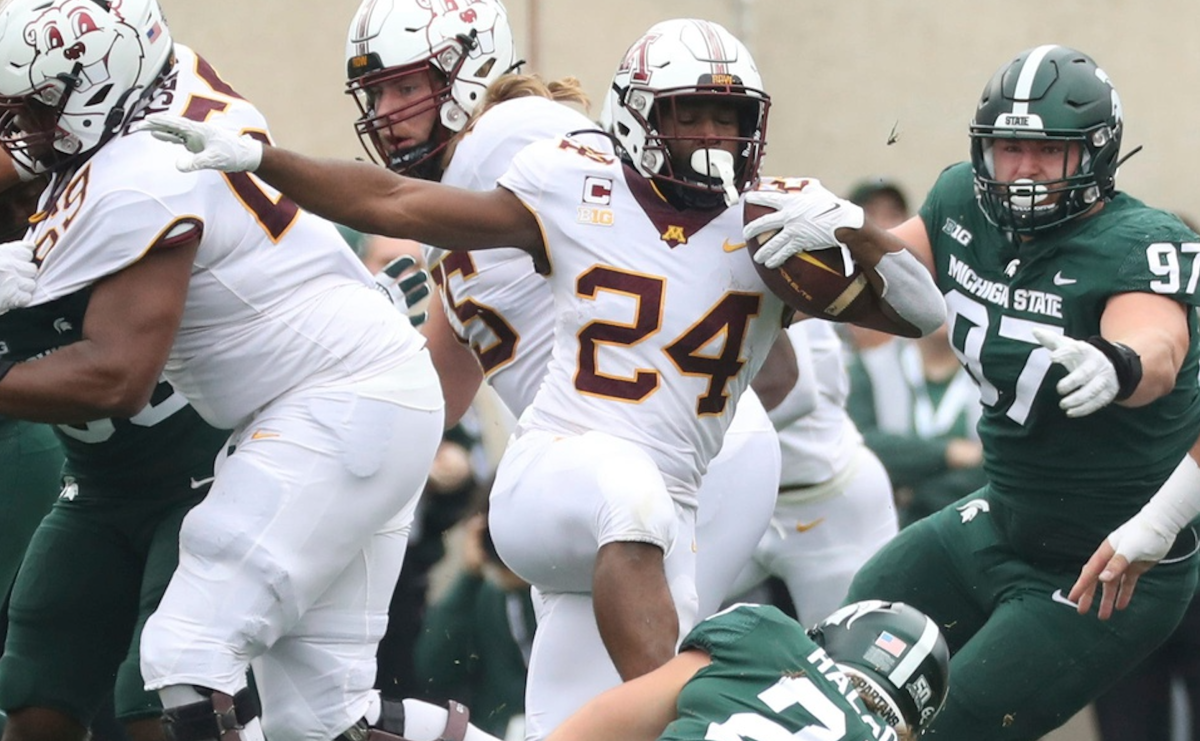 Just how good are these Golden Gophers?

We could have hung a few more touchdowns on them and secured the shutout of PJ wasn’t such a gentleman.

I'm a bit superstitious ... so I am always thinking the same thing. Growing up we used to call it the Gowdy Curse. Named af

I was thinking the same thing ... I am a bit superstitious. The Gophers have seemed to have crazy things happen to them over the years.

Growing up we always called it the Gowdy Curse ... named after the famous sports announcer of the 60s and 70s Curt Gowdy. It never failed that if Gowdy said something had never happened before or something really good about your team ... the opposite would happen.

I really enjoyed listening to him. He is one of the all-time voices of sport. Many on this site may not recognize him the the oldies on here will: