Reusse: There are a lot less laughs, wacky stories without the amazing Dark Star the past 10 years

The early afternoon shift at what was then 1500ESPN was broadcasting from a golf course in Lakeville on June 1, 2012. It was a Friday and Dark Star was scheduled for his weekly hour-long appearance with Dan Cole on KFAN-FM.

There was a call on my cell phone while doing our show from the golf course. It was from KFAN, asking if I had talked on this day with Dark Star. He had no-showed for Cole's show and had not called the station to offer an excuse.

I had not talked with Dark Star since Sunday, when we taped the cult hit, "The Sports Show.''

The alarming part of this call was that the Darkman had not offered an excuse. He was never absent an excuse, no matter how preposterous it might have seemed to a nation of less-creative thinkers.

I mean, late in his long career at the Big Neighbor (WCCO-AM), Dark Star missed almost an entire summer of his late-evening shows because of a determined effort to fix bad teeth. And by chance, the recuperation plan he was given by a reputable dentist consisted of much fishing and golf while staying at Grand View Lodge on Gull Lake.

Back to 6-1-2012: The Darkman had not been feeling chipper, so at the next break, I called his backup cell phone — not a burner, just the one if you really needed an answer you might get one.

No answer. Now, there was a sense of doom. 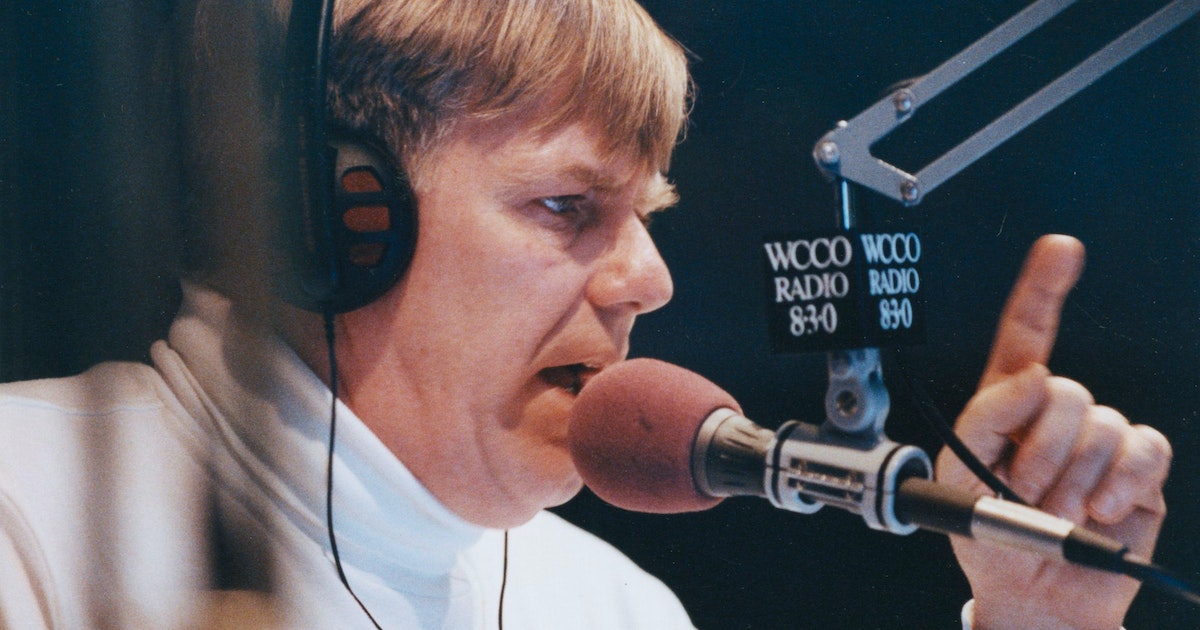 There are a lot less laughs, wacky stories without the amazing Dark Star the past 10 years

Dark Star died 10 years ago at age 66 of a heart attack. Those who knew him, still remember him well. He was hilarious, outrageous and extravagant.

You ever meet George? Sycophant.

my most lasting memory of Dark is when WCCO had the rights to the Twins. Dark would do the post-game show, and then segue into his regular late-night shift.

Meaning that he didn't care how long the post-game show ran - to him, it was all part of his shift. So Dark would ramble through the post-game show, including discussing the betting line for all of the other games being played that night.

It was entertaining, if you liked Dark. But, if you were running the control board at a radio station and just waiting for the post-game show to end, it took forever.

apparently, according to Reusse, "The Sports Show" was no act - Sid and Dark really did not like each other.

Either way, agreed on both.

How about Dan 30 yrs of the same show Cole?

Dark Star use to give pre-post talks at Canterbury. He'd talk about the favorites, long shots and the horses he was gonna play. Then he'd go and bet on someone else.

Yeah, quite the comedian...

The people in the media always thought he was quite the deal, but I never understood it.

Reusse, Common, Rosen, PA,... they all thought he was really special, but to the average listener, I think many didn't know who he was or why he was important.

Face The Facts said:
The people in the media always thought he was quite the deal, but I never understood it.

Reusse, Common, Rosen, PA,... they all thought he was really special, but to the average listener, I think many didn't know who he was or why he was important.
Click to expand...

I don't think any of those guys thought Dark was special as a Radio Personality. They appreciated him as a character, friend, compadre and as someone who could press Sid's buttons.

That's the impression that I have gotten.