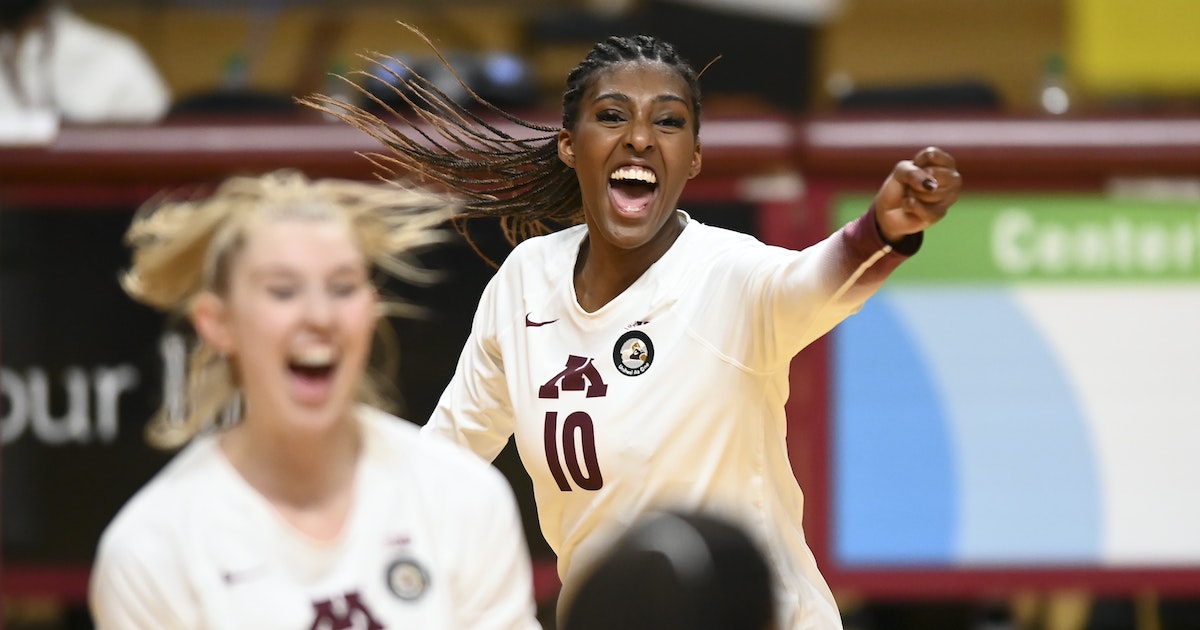 Florida resident Reusse catches up with Samedy and Selinger-Swenson, plus takes a shot at Minnesota weather.


Samedy was selected as the National Player of the Week. The honor came in the Gophers' third week of this abbreviated, delayed season, and for the third time in Samedy's career.

The honors have been constant for Samedy since she arrived here in 2017 as the nation's No. 5-rated recruit. Those include first-team All-America plaques in 2017 and 2018 and a second-teamer in 2019,

"At first, she was quiet; not reserved, but far from the loudest," Seliger-Swenson said. "That was away from the court. On the court, she was a boss from the get-go.

"Less than one workout, those of us that had been in the program we're all thinking the same thing: 'She's going to be special.' "
Click to expand...