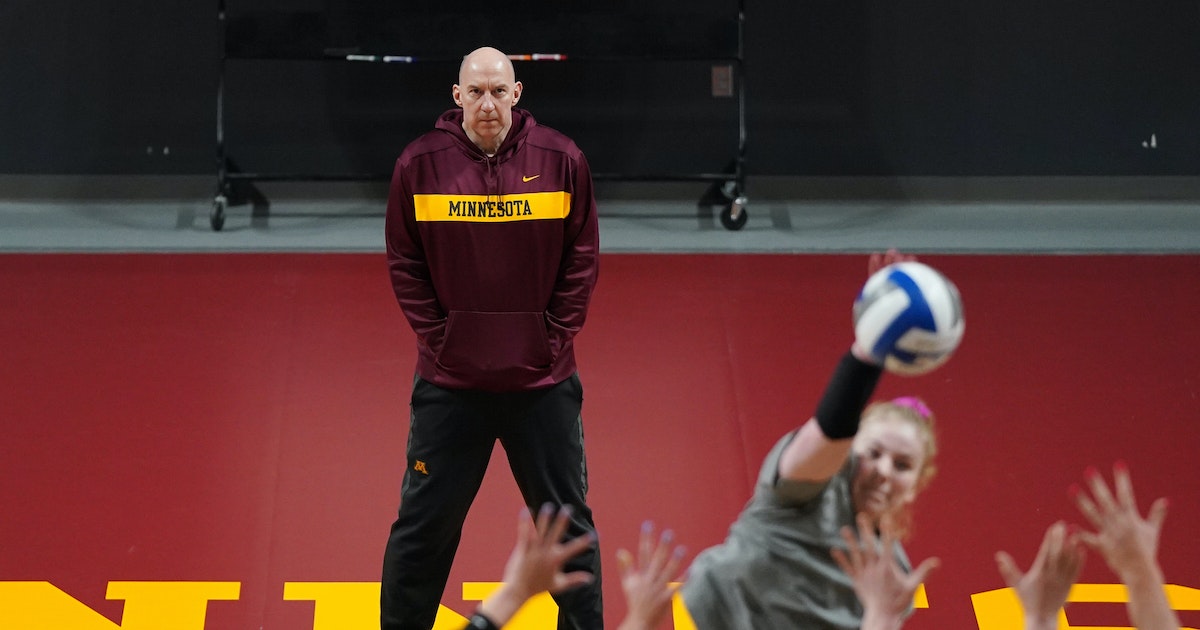 Gophers need another Hugh McCutcheon. One problem: There’s one Hugh

Rocco Baldelli and Thad Levine have learned what those close to Hugh McCutcheon have experienced during his Gophers career: He has seemingly mastered this coaching thing.

Baldelli was contacted not for more comment on the disappointing finish to a fourth season as Twins manager; rather, his reaction to the surprise announcement on Sunday night from the University of Minnesota that Hugh McCutcheon would be resigning at the end of this volleyball season.

Thad Levine, the Twins' general manager starting in November 2016, moved into the same neighborhood where the McCutcheons lived.

Two of Levine's three children were the same age as McCutcheon's two, and the families became close. McCutcheon is married to Elisabeth Bachman, the legendary "Wiz'' of the volleyball court, from Lakeville, UCLA and the U.S. Olympic team.

"Liz is exceptional, a loving and caring mother,'' Levine said. "If your kids are at their house, you never have to worry if they're doing the right thing. She's great … and taller than most (6-4).''

Levine's casual conversations with McCutcheon about putting together teams and leadership continually impressed the Twins' GM. And when Baldelli was hired in late October 2018 to be a rookie manager, Levine and the baseball boss, Derek Falvey, suggested Rocco might enjoy a conversation with McCutcheon.
Click to expand...