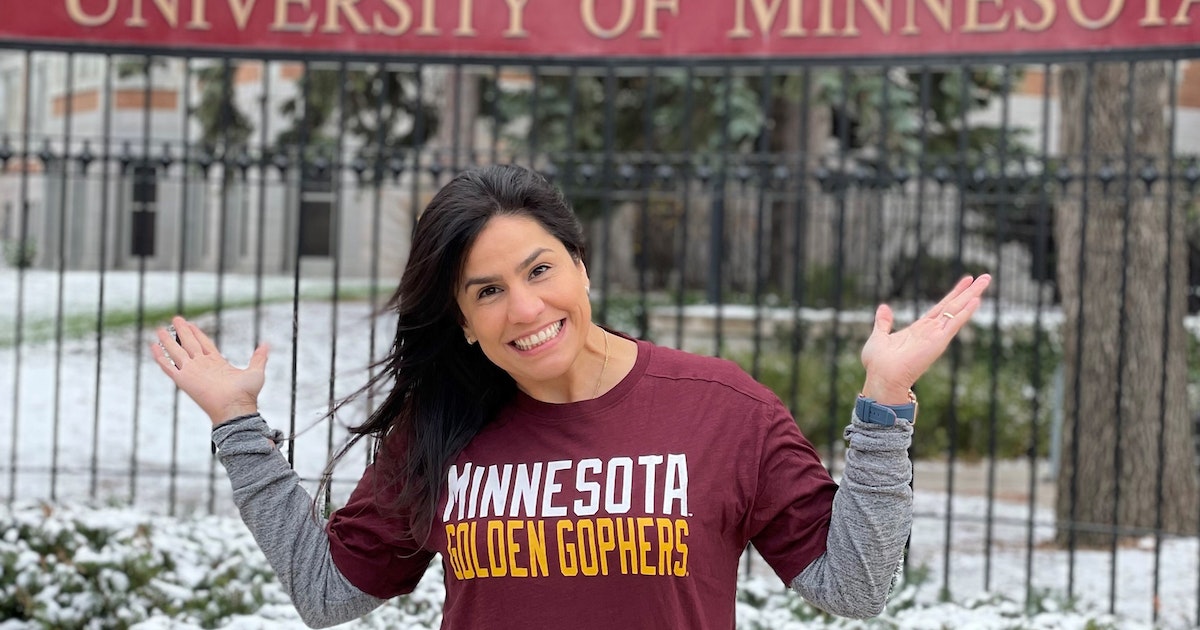 A Brazilian, Gentil flourished as the Gophers' first libero, leading the team to its first Big Ten title and back-to-back final fours in 2003 and 2004.

Twenty years ago, Gentil and the Gophers started the 2002 season against preseason No. 8 Pepperdine in a tournament at the Pavilion.

Those Gophers rolled past Pepperdine in three sets. It was also the introduction of a new collegiate position — libero, a defensive specialist who could stay in the back row.

The late Mike Hebert, then Gophers coach, sent his chief recruiter Brian Heffernan to find a libero, and he targeted Gentil — playing club volleyball in Orlando, by way of her hometown of Fortaleza, Brazil, a city of 3 million.

"I always had been an outside hitter," Gentil said. "That's the way most schools were recruiting me — to be a hitter.

"I give Mike Hebert and Brian Heffernan credit: They saw me as a great fit for libero. They also looked at the new position as being worth a full scholarship, which wasn't the case with many coaches."

It took only that opening upset over Pepperdine for Hebert to have his opinion confirmed.

"If anybody has any player that can dig like [Gentil], I'd like to know about it," Hebert said at the time. "She just pulls people with her. She is a real treasure."

Gentil was a three-time All-America as a libero, and remains the lone player to be a three-time winner as the Big Ten's defensive player of the year.
Click to expand...

Fantastic reception for Paula from the fans at the Pav! She was very moved by it.