Reusse: Ben Johnson's Gophers meet their match, though the coach still looks like an upgrade

Johnson has put this respectable product on the court with 106 points (all from Curry) returning from the 2020-21 roster. The Gophers have managed this getting heavy minutes from transfers who spent last season at George Washington, Charleston, William & Mary, Lafayette, New Hampshire and, on Tuesday, McGill University in Montreal.

There is already evidence available that hiring Johnson is a coaching upgrade, when you consider the early predicament Richard Pitino finds himself in at New Mexico.

The Lobos are No. 183 in NET. They are 7-7 overall, with a victory over D-II Western New Mexico not figuring in the computer rating.

Pitino has more points from the 2020-21 Gophers, with transfer Jamal Mashburn's 237, on his squad than does Johnson. Mashburn is firing away, with 213 shots in 14 games, and so is Jaelen House, a transfer from Arizona State.

Muscadin left New Mexico after a Dec. 19 loss to SMU. Pitino said he was in agreement with Muscadin that the Lobos were not a good fit for him as a player — perhaps a reference to little attention paid to passing to big men.

Then, on Dec. 30, Muscadin was riding in a vehicle driven by his girlfriend, after attending a Kansas game. The vehicle left the road early in the morning. Both Kansas coach Bill Self and Pitino went to Twitter to ask for prayers for Muscadin, who was seriously injured.

Pitino in 2013-14 took over a Gophers team that won an NCAA game the season before. He went 25-13 and won the NIT, and survived eight seasons that were often sub-mediocre.

He's found the early going much tougher at New Mexico, while back here in Minnesota, we've been surprised at Johnson and his thin roster's unwillingness to accept its predicted fate as a bottom dweller.

"We needed more energy,'' the coach said Tuesday night, and he'll probably get that without Kofi in the building early Sunday in Indiana. 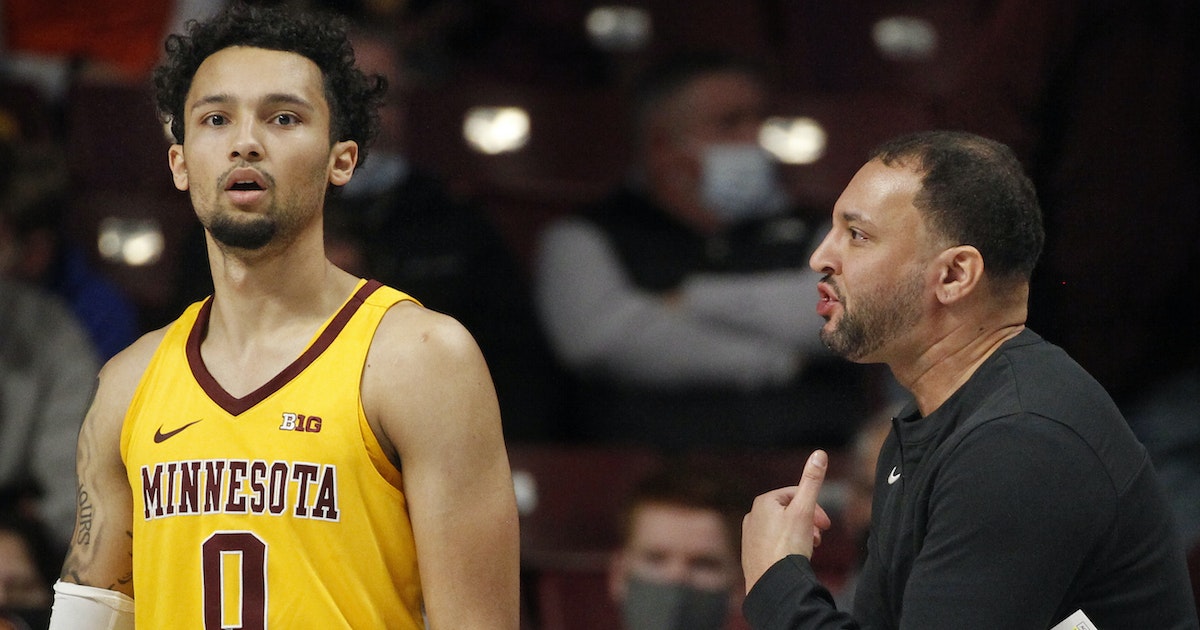 Ben Johnson's Gophers meet their match, though the coach still looks like an upgrade

Although Illinois dominated Tuesday, Gophers men's basketball coach Ben Johnson has generated optimism, while his predecessor Richard Pitino finds himself in a predicament.

I completely agree that we have a coaching upgrade.