Reusse: Accolades for Samedy and Miyabe 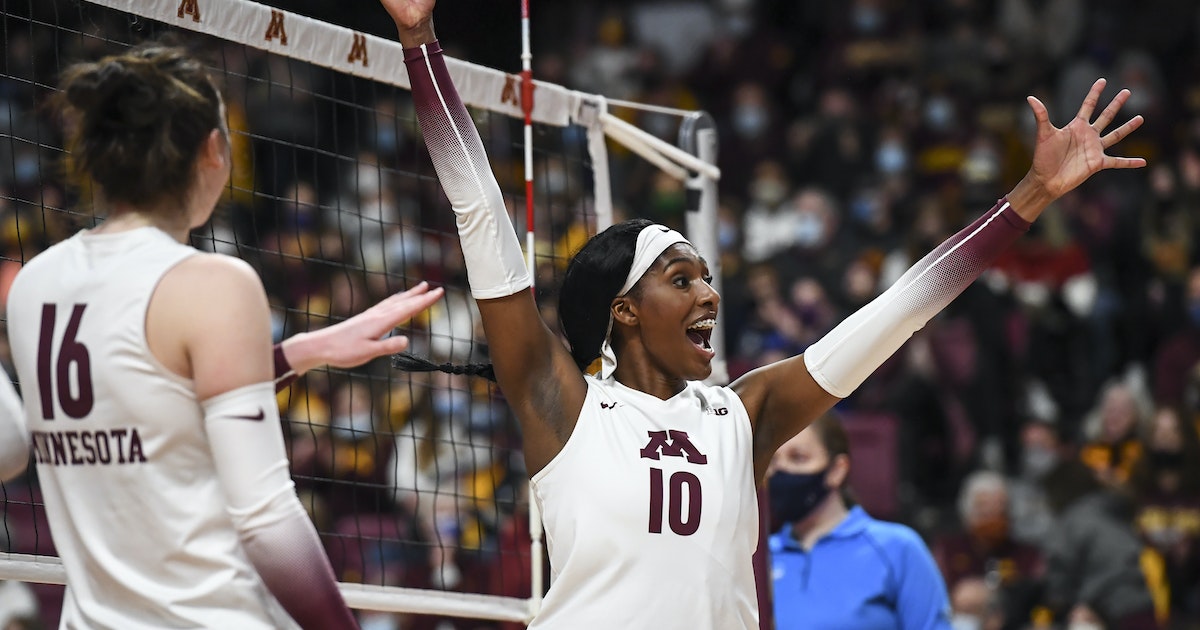 The much-honored Stephanie Samedy played her final match at Maturi Pavilion on Saturday night. So did Airi Miyabe, and the smile on her face had to take the prize in the Gophers postgame locker room.
[...]
There was a moment in the second set from Miyabe that produced a Pavilion roar rivaled only when Samedy soared for a smash later in the match.

Miyabe rescued the Gophers with a drop shot near the net, and when it was returned, she instantly fired away with a kill. Had to all take place within a four-second interval.

It has been fun to watch Miyabe more in the second half of this season. I feel lucky to have watched Samedy play for the U !