Q: What should Gophers fans know about your skill set?

A: I'm kind of just a do-it-all type of player. If [Ben Johnson] wants me to guard the [post] I'm big and long enough [7-foot-2 wingspan] to do that. I can guard the wing. I can play on the wing and push the fast break if he wants me to start the offense. I just want to be an all-around player and do whatever needs to be done. I want to be versatile.

Q: What would be your best position at the college level?

A: Where I came from there aren't many 6-foot-8 guys, so you have to play down in the post. But when I play with my Team Pluto, they stick me out on the wing the whole summer. That's where I've been developing my ball handling skills and coming off screens. That will get me ready for college. Huntington is going to play me purely at the wing as well.

Q: How have you improved your game the most this offseason?

A: So far this summer I have improved my ball handling a ton. I can come off ball screens and read the defense. I can see if the roller is open or I can stop and pop for a shot. Shooting the ball I've improved incredibly. I've been in the gym trying to become a knockdown three-point shooter. That's something at the college level I'll need to work on to play the wing, which I have been doing.

Q: How was the experience playing at the Prep Hoops Battle at the Lakes in Shakopee, including a well known program like D1 Minnesota?

A: Man, that tournament was awesome. It was probably one of my better tournaments. And I had a chance to visit the university, see the coaches face to face and see the facilities. That was amazing. Playing great against D1 Minnesota in front of fans there was amazing, too.

Q: How did it feel to be so underrated and take scouts and coaches by surprise this year?

A: It for sure motivates me. I feel like I should be ranked higher, but at the same time it doesn't mean too much. As long as you're able to go out there and show them you're better than that.

Q: Do you think being from a small town in Colorado has kept you under the radar?

A: Coming from Pueblo we don't have many hoopers playing even NAIA or Division II, so it's rare. It's a hard place for coaches to find you. Playing AAU ball for Pluto has shown my talent to so many coaches all over the country. If I were from California, my ranking would be higher.

Q: How did growing up in a basketball family help your game?

A: My dad played at San Diego State. My older brother played at Air Force for two years and just graduated at [Division II Colorado School of Mines]. When my brother lived at home, I saw how much he worked out and the time he put into the sport. That's when I realized I needed to put more work in to play at a Division I level. 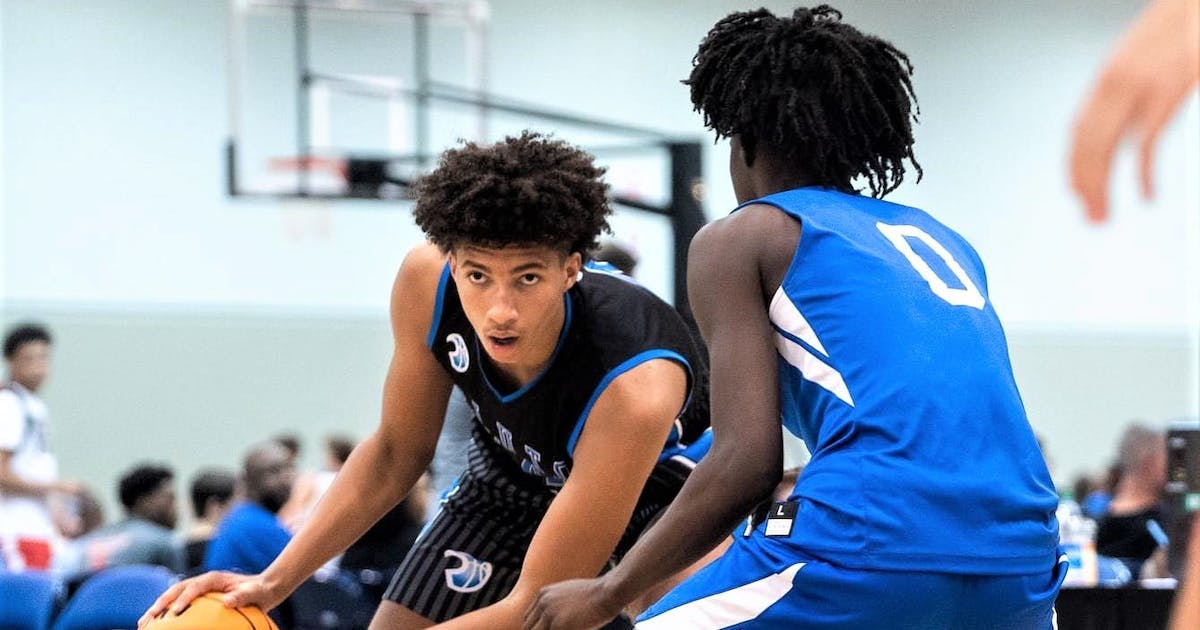 A trip to Minnesota by Kadyn Betts set the course for the 6-foot-8 forward's basketball future. He answered questions — among other things —about his skill set and how he's improved.