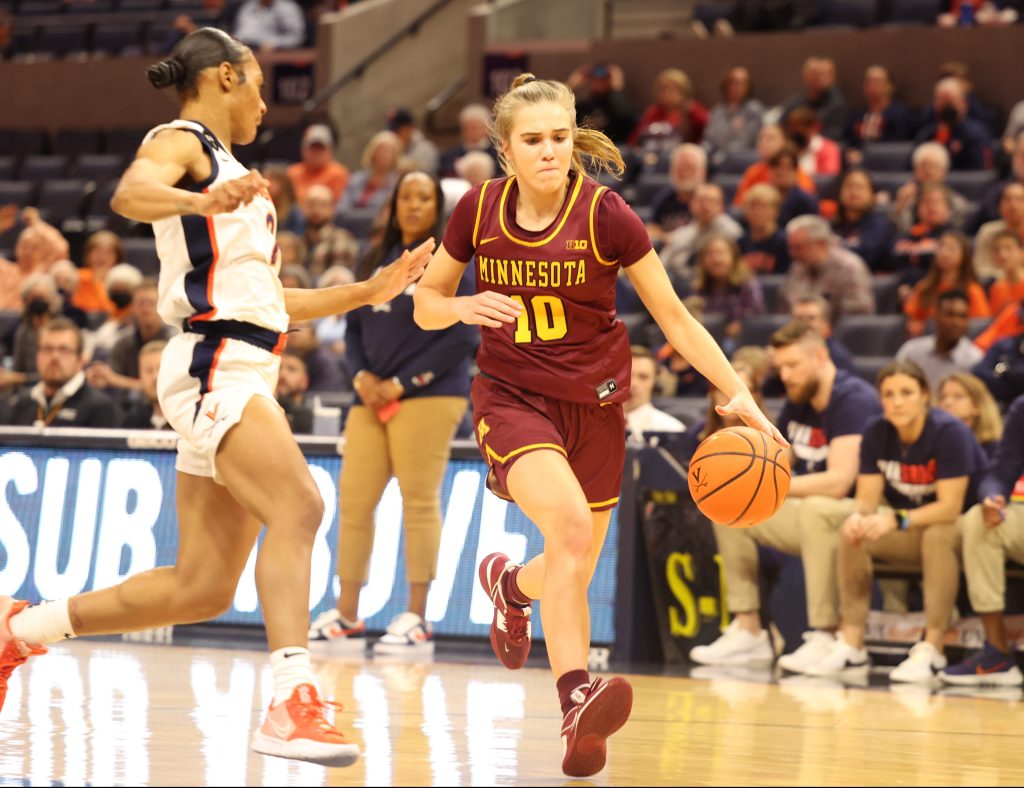 “Some of it is some on-the-job training stuff,” coach Lindsay Whalen said.

Mara Braun has been a revelation for the Gophers women’s basketball team this season. One of just two freshmen among the Top 20 scorers in the nation, she already has shown an ability and willingness to take control of a game late in two big victories.

But even Braun needs help sometimes, and she got it from sophomore Katie Borowicz in the final seconds of the Gophers’ 98-96 victory over Penn State last Saturday.

Braun had just made three free throws to tie the score when she was beaten off the dribble by Penn State’s Leilani Kapinus for the go-ahead basket with 2 seconds to play. But dribbling up court for a desperation shot, Borowicz was fouled with 0.5 seconds left — and the Gophers were in the bonus.


“I told her, ‘You make these and I won’t be on any highlight reel,’ ” Braun said. “But she’s clutch, I knew she was going to make those.”
Click to expand...