A legend of the game.

"The Carril family is sad to report that Coach Peter J. Carril passed away peacefully this morning," the family said in a statement. "We kindly ask that you please respect our privacy at this time as we process our loss and handle necessary arrangements. More information will be forthcoming in the following days."

Carril was a 1998 inductee in the Naismith Memorial Basketball Hall of Fame following his retirement from Princeton, where he coached from 1967 to 1996. He led the Tigers to 514 wins, 13 Ivy League titles and 11 NCAA Tournament appearances.

While the Princeton Offense dates back to the early portion of last century, its impact on the modern game can largely be traced to Carril, who installed it at Princeton. He amassed a 514-261 record with the Tigers and only once -- in 1984-1985 -- finished with a losing record. Designed to space the floor and stress defenses, the Princeton offense thrived off ball movement, shooting and selfless play in a position-less style system that prioritized -- same as the NBA now -- motion and assignments that can lead to open shots and easy layups.

The system Carril espoused made Princeton, often times outmanned, a troubling matchup even for the most talented teams it faced. In 1989, it gave No. 1-seeded Georgetown a big scare before falling 50-49 in a game that would have made Carril's team the first No. 16 seed in NCAA Tournament history to defeat a No. 1 seed. In 1996 against UCLA, in what was Carril's last win as a college head coach, No. 13 seed Princeton stunned reigning national champion UCLA, a No. 4 seed, in the first round of the NCAA Tournament 43-41. More than half its shots that day -- 26 of its 46 -- were 3-pointers.

"If you charted our shooting and looked at how many shots were layups or 3-point shots, it had to have been 90%," Princeton alumnus Matt Lapin told the Wall Street Journal in 2017. "And maybe even higher."

"Sometimes we had centers and forwards smaller than our guards, so who were you going to post up?" Carril told ESPN in 2011 of Princeton and its plan to win on the numbers. "So what we had, we had 3-point shooters and we made a lot of 3s. They add up.''

Carril, who played at Lafayette College before his long and illustrious coaching career, made stops as a head coach at Lehigh and Princeton before eventually becoming an assistant with the Sacramento Kings, where of course he helped install the offense he made famous. 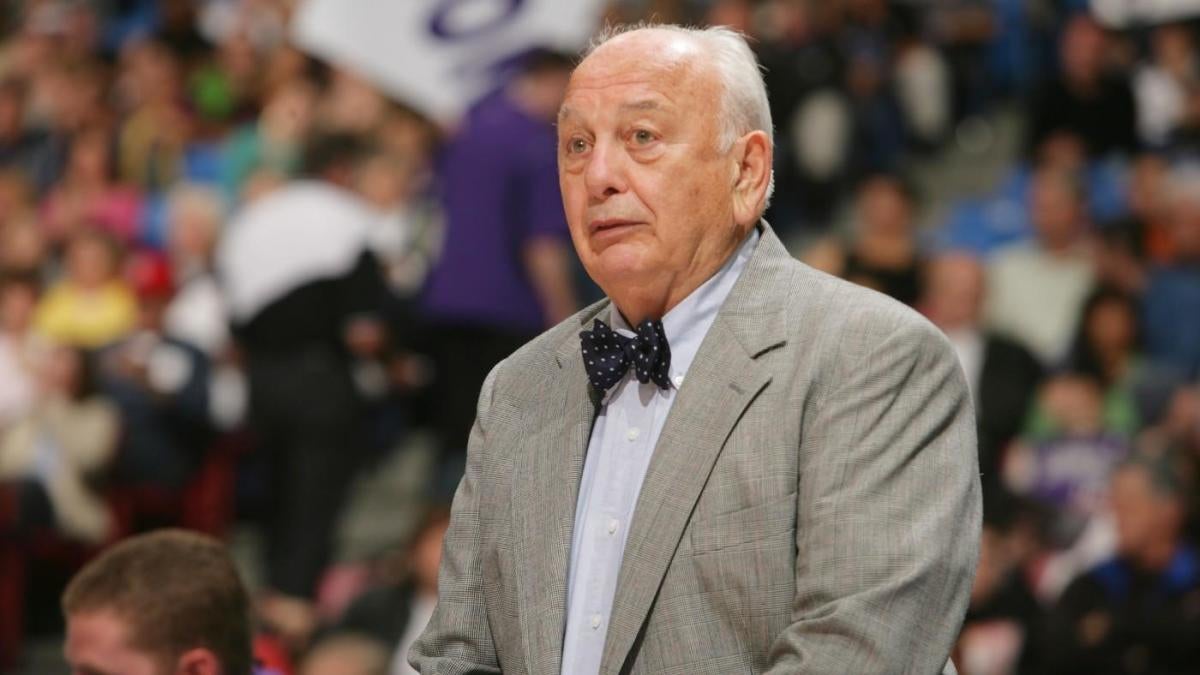 RIP, Coach Carril. One of the games all-time great coaches. I still remember, and thanks to YouTube, the game against the Hoyas, when Princeton (#16 seed) shocked the world. They gave Georgetown (#1 seed) a run for their money. Princeton lost the game, but they made it tough for the Hoyas. RIP, Coach.