Noah Burton, son of Gopher legend Willie Burton, to be grad transfer on U track team

Noah Willie Burton will resume his academic and athletic pursuits at the University of Minnesota in January. His father, Willie Burton, did the same back in the 1980s on Clem Haskins’ first four Gopher basketball teams, putting them once again on the national map.

The elder Burton saw his Minnesota jersey hoisted to the Williams Arena rafters in January. During that same weekend, the younger Burton toured the Minnesota campus.

“He started to explore the University of Minnesota,” recalled Willie last weekend during an MSR phone interview. Noah later decided to enroll at the “U” and follow in his dad’s footsteps forged decades earlier.

The proud papa talked to us last Saturday, the same day his son Noah virtually marched down the graduation stage as he received his bachelor degree in communication at Michigan State University. “I’m happy that my son finished his degree at Michigan State,” beamed the father of Noah, who wore rival Spartan green and white colors.

Noah also competed in track at State, and because the coronavirus cancelled spring sports this year, he has two years of athletic eligibility remaining. He hopes to complete them in Minnesota, beginning this upcoming spring track season in 2021.

“As a kid,” continued Willie, “I brought him to Minnesota. He’s used to being around Gopher Athletics.”

Asked if his son is worried about Minnesota’s recent elimination of three men’s athletic programs—gymnastics, tennis and indoor track and field—slated for 2022, Willie said, “He wasn’t turned off.”

He said he believed that Noah was destined for Maroon and Gold: “When he was all-county as an eighth grader, the University of Minnesota track coach told me he was really fast,” recalled Willie. “I didn’t know he could run like that. I was being a supportive parent.”

At MSU Noah competed in the 100, 4×4 relay, 400 hurdles and medley, and looks to do the same for the Gophers while pursuing a graduate degree.

This year has been memorable for Willie Burton, beginning with his jersey being retired in January, then later getting his master’s in sport management from Wayne State University in his native Detroit. Burton also was named by Michigan Gov. Gretchen Whitmer to the Governor’s Council on Physical Fitness, Health and Sports in May.

Then, from afar because of the virus, he watched Noah’s graduation last weekend to cap this year of COVID-19.

Burton also hopes sometime in the new year to unveil a new curriculum through his Excel U initiative that he started in 2011. The new program, intended for students, student-athletes and adults who work with them, will help empower them for life after sports, he predicted. 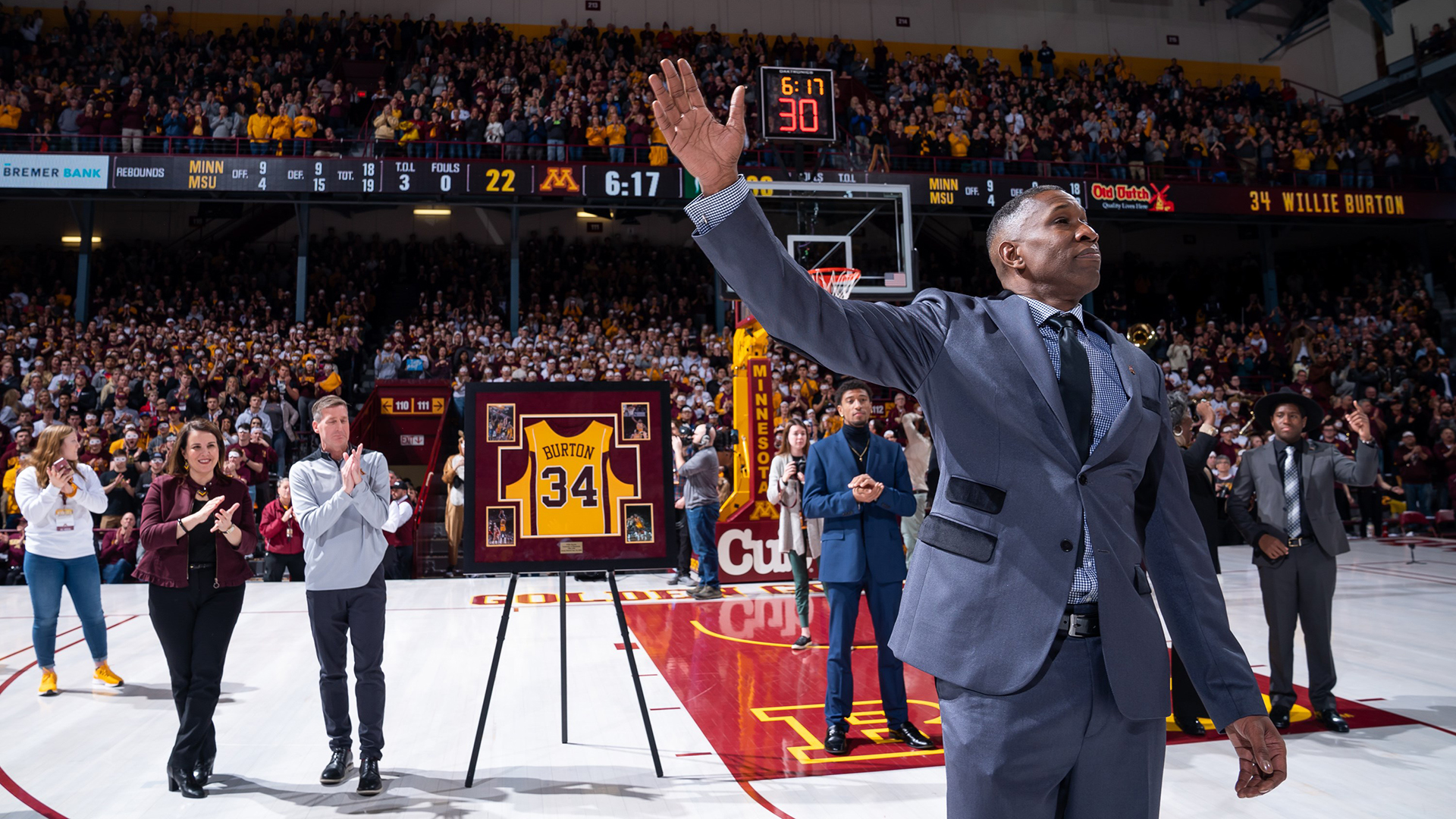 Son follows father’s footsteps as U of M athlete

Noah Willie Burton will resume his academic and athletic pursuits at the University of Minnesota in January. His father, Willie Burton, did the same back in the 1980s.