NCAA.COM: Is Big Ten Women's Basketball on the Verge of Greatness? 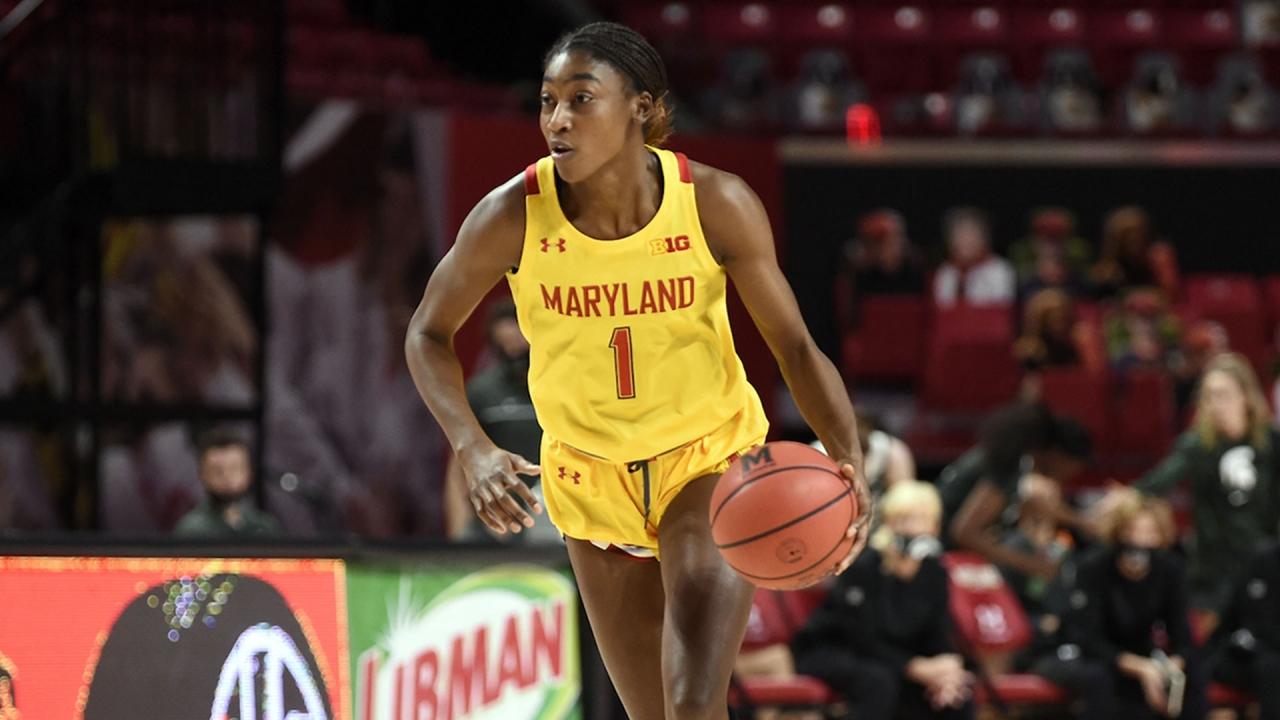 Women's Big Ten basketball — is it on the verge of greatness?

The Big Ten looks poised to make a lot of noise in this year's women's college basketball season.

First, Big Ten voices can explain what women’s basketball has become in that conference.

Returning Player of the Year Naz Hillmon from Michigan: “If you’re a competitor, this is exactly the league you want to be in.”

Iowa coach Lisa Bluder: “I’m tired of Big Ten women’s basketball being a secret. We’re a great league. This is what we want, but it is also scary because I do think it’s easier to get to the Sweet 16 than it is to win the Big Ten.”

Ohio State coach Kevin McGuff: “It’ll be the most difficult season in the Big Ten we’ve ever seen.”

Why? Let us count the ways.

Check the Associated Press pre-season rankings, which are almost a Big Ten family gathering: Maryland No. 4, Indiana No. 8, Iowa No. 9, Michigan No. 11. Ohio State is No. 17 in the nation but only fifth highest in its own conference.

Or last spring’s NCAA tournament bracket. Four Big Ten teams in the Sweet-16, including Indiana in its first-ever Elite Eight.

Or the stat sheets. The Big Ten produces big numbers like McDonald’s produces cheeseburgers. Clark led the nation in scoring last season with a 26.6 average as a freshman, was second in assists, and she wasn’t even player of the year. That was Hillmon, who averaged 23.9. Maryland’s Katie Benzan led the nation in 3-point shooting percentage, Indiana’s Grace Berger’s three triple doubles were the most in the land, as were Burton’s 3.84 steals a game. Nobody shot better than the 66.8 percentage by Iowa’s Monika Czinano, but Hillmon almost did, second in the nation at 62.3. Indiana’s Mackenzie Holmes was fifth at 60.66. Seven players in the country shot better than 60 percent last season, and three were Big Tenners. Penn State’s Niya Beverley had the second finest assist-turnover in the country at 3.88. Benzan was fourth, Burton ninth.

Iowa’s 86.1 points a game represented the second most prolific offense in the nation. Also No. 2 in the conference, since Maryland led the nation at 90.6. Seven of the top 35 scoring teams in Division I were Big Ten schools.

“We’ve always had great coaches. I think the talent level is what’s kind of gotten to a higher level in recent years,” McGuff said. “For whatever reason, I think recruiting has been on the uptick. We had some years where it just didn’t feel like we were getting the best players in the country. But in recent years we have.”

The sophistication in coaching and preparation is such, even the players have noticed it. Indiana veteran Ali Patberg mentioned how “it’s been cool from a basketball IQ standpoint, just to see how each team plays chess.”

Ah, but in blowing the Big Ten horn, there’s just one catch. Consider the league’s gender equity, when it comes to tournament frustration.

The Big Ten men have a much-discussed streak of not producing a national champion since 2000.

Among current league members, the last men’s program to actually win the title was Maryland in 2002, before the Terrapins joined the conference. The last women’s program to win was, well, Maryland, in 2006.

Fairly or not, there is one fact of life in how conferences are viewed: They need members to show up the last weekend and cut down nets to get full credit. As deep and as explosive and as accomplished as Big Ten women’s basketball has become, the spotlight falls on the Stanfords and Connecticuts and South Carolinas of the world. That won’t change until the Big Ten cracks the Final Four. Maryland — advancing that far its first season as a league member in 2015 — is the only conference team to reach a Final Four in the past 15 tournaments. All those Sweet 16 teams were nice last March, but now there’s more of the ladder to climb.

“No question, it’s one more step,” said Michigan State coach Suzy Merchant. “That was good last year and now we’ve all got to take another step forward to maybe get that national prominence and people talking about us on a bigger scale.”

Added Barnes Arico, “I also think it starts on the front end. We need to get the respect we deserve and get the seeds that we deserve. Because a lot of times how far you move along in the tournament is dependent upon the seed that you received, and I think we got shunned in some of those areas. But I hope the rest of the country took note (in 2021). I think our league did its part to do its job and win those basketball games. And now the people who are SEC, SEC or ACC, ACC or Pac-12, Pac-12 have to say, `Holy cow, the Big Ten is really good.’”

The team with the best chance on paper to break the barrier? Step forward, Maryland, with 96.1 percent of that 90-point offense returning. The Terrapins have put a chokehold on Big Ten dominance in the seven years as a member, winning or sharing six regular season league titles and five conference tournaments. As a No. 2 seed in the NCAA tournament, they were knocked off in the Sweet 16 last March by No. 6 Texas.

“Our motto this season is, complete the mission,” coach Brenda Frese said. “March is about getting hot at the right time, getting some breaks, getting the ball bounce in the last minute where you need it to be. That’s why they call it March Madness.”

And here’s another Big Ten plus. Being the front-runner in a brutal league has to put steel in a team.
“We love that the target is on our back,” said Maryland forward Chloe Bibby. “I would rather it that way and I want them chasing us down. I want everyone’s best shot every night because that’s going to prepare us for March.”
And the Big Ten could use a big March. The months before look pretty fun, too.

Mike Lopresti is a member of the US Basketball Writers Hall of Fame, Ball State journalism Hall of Fame and Indiana Sportswriters and Sportscasters Hall of Fame. He has covered college basketball for 43 years, including 39 Final Fours. He is so old he covered Bob Knight when he had dark hair and basketball shorts were actually short.

The views on this page do not necessarily reflect the views of the NCAA or its member institutions
Click to expand...