the Big Ten announced that Minnesota Gophers wrestler Gable Steveson was named the 2021-22 Big Ten Jesse Owens Male Athlete of the Year. He becomes just the fifth Gopher men’s athlete to win the honor in the 41 year history of the award.

Steveson was automatic in the 2022 season. He captured his third-straight undefeated season with an 18-0 record and won his second NCAA title. Steveson also became a three-time Big Ten champion this past season and was named the Dan Hodge Trophy winner for the second time in his career, becoming the first heavyweight in the history of collegiate wrestling to earn the prestigious honor multiple times.

Steveson now joins John Roethlisberger (gymnastics, 1993), Jordan Leopold (hockey, 2002), Damion Hahn (wrestling, 2004), and Cole Konrad (wrestling, 2007) as the other Gopher men to win the award. He is also the 13th wrestler to ever win the award, as Minnesota joins Iowa for the most Big Ten Male Athlete of the Year award recipients among conference wrestling programs with three (3).


Gable’s collegiate career was presumed over after his NCAA title, but rumors have abounded that he may try and come back and wrestle a shortened season concentrating on high profile matchups and tournaments for Minnesota in 2023 and taking advantage of the NIL deal he signed with the WWE last year. Nothing official has been announced as of yet, but if he did decide to come back for his final year of eligibility and a change to win a 3rd NCAA title, Minnesota fans would love it." 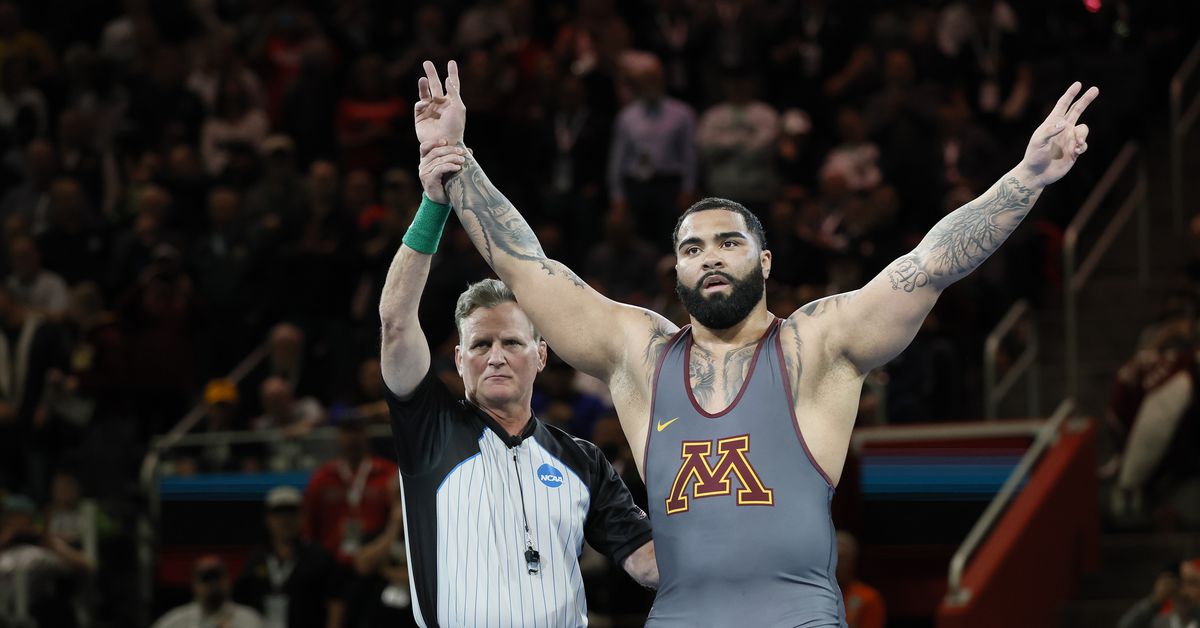 He is just the 5th male Gopher to win the award