MSR: Volleyballers Transfer to U of M to be Coached by the Best 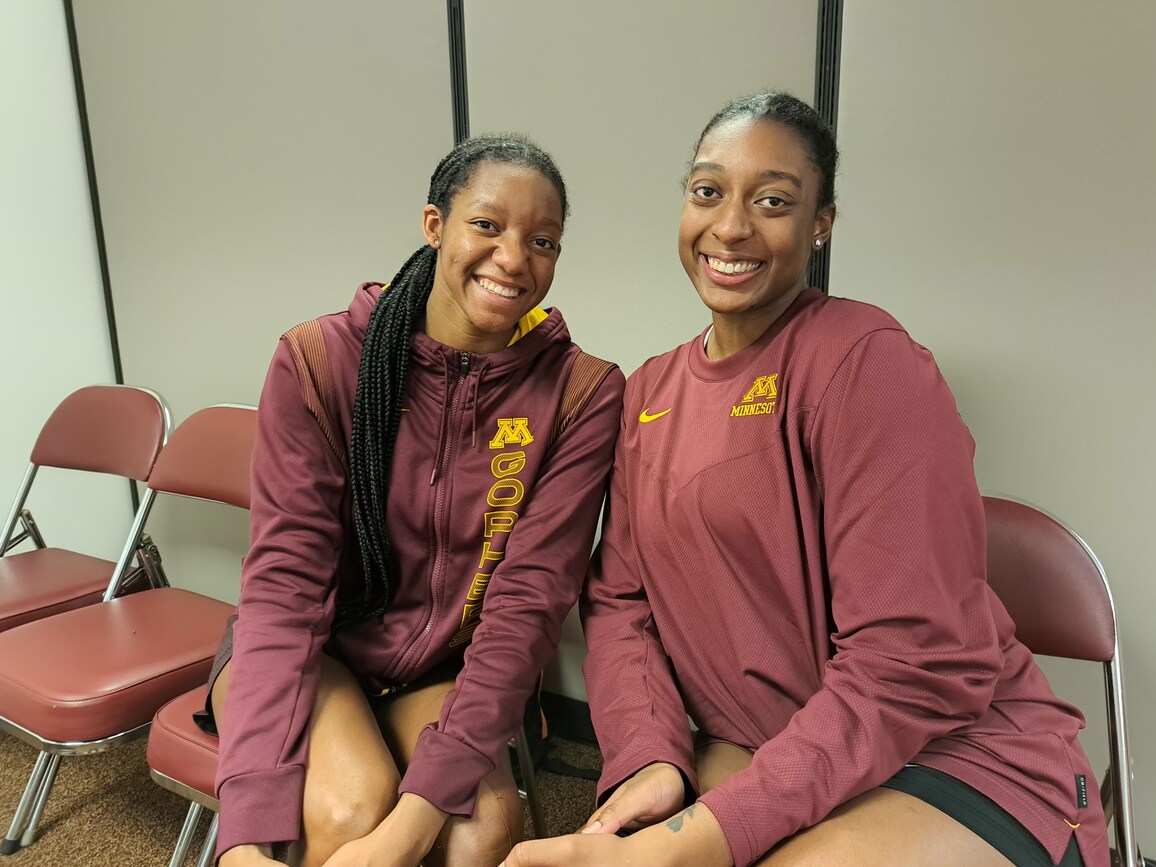 Both Davis and Gros are Southern natives as well as Big Ten veterans.


Gros (New Orleans) played four seasons at State, where she led the Spartans in blocks per set for each of the past four seasons. She had her best season in 2021 when she finished fifth in the conference and 18th nationally in total blocks and blocks per set. A journalism major, the 6-3 Gros is studying sports management for her advanced degree at Minnesota.


The 5-11 Davis (Hillsborough, North Carolina) in her freshman year at Ohio State played in 33 matches as the Buckeyes reached the Sweet 16. Both told the MSR after a recent match that Minnesota is the best place for them to continue their volleyball careers.

“The Big Ten is the best conference,” said Gros, “and that just so happens to be in the Midwest where it snows a lot. But if you want to be the best, you’ve got to compete against the best, and so that’s why I decided to come here despite the cold.” The NCAA gave all athletes an extra year of eligibility because the pandemic shut down a season, and Gros said she wanted to take advantage of it and play a fifth year of college ball.

Added Davis, who plans to major in biology, society and environment, “They’re [the Minnesota coaches] building me up to be a better player, and that’s what I’m looking for. She called the team culture “unbelievable. ”

Said Gros, “I wanted to grow as a player and as an individual. I want to be coached by the best. I wanted to come to Minnesota [and] compete for a national championship. I felt that Minnesota was very high on that caliber list as far as going to the [NCAA] tournament and going far in the tournament.”


The night we talked to Gros and Davis, Minnesota hosted Pepperdine, who had only one Black player. Minnesota has four—redshirt sophomore Taylor Landfair, freshman Carter Booth, and the two transfers. Other than Indiana, who has zero Blacks, every Big Ten team has at least one Black player and some have as many as four.

Still, volleyball still lags in diversity: “I have seen the sport growing in diversity,” observed Gros. “I feel like accessibility is a big part of why you might not see a lot of African Americans playing volleyball.” But the lack of diversity isn’t because of not enough talented Black players, she added.

“It’s not about women of color not being able [to play],” argued Davis. “It’s about the opportunities that are given. I also think it’s about a shift in mindset, a shift in perspective.”

We asked what unique qualities these two sistahs bring to the Gophers.

“I’m a big energy person,” responded Davis. “I’m very vocal and I try to be as active as I can.”


Gros said, “I feel like being in the game for four years that I have the experience and I know what’s coming ahead. Just giving that knowledge out so maybe some of the younger players or some of the other girls [can benefit]. Just being a listening ear for them if they have questions. I want to be able to answer that for them.”
Click to expand...

I don't know what the team chemistry was like at OSU, but it still makes very little sense to me why Davis came here after playing so much last year for the Bucks.

Obviously both were thinking they could waltz in and beat out Husemann and a true freshman. Interesting that it has largely been these two on the bench, rather than the other way around.

Oop! Did not watch Iowa game at all and now I'm seeing Gros had a nice game.

Maybe she -- finally, for good and all -- has overtaken Husemann?

Gophers_4life said:
Oop! Did not watch Iowa game at all and now I'm seeing Gros had a nice game.

Maybe she -- finally, for good and all -- has overtaken Husemann?
Click to expand...

Maybe she is finally healthy