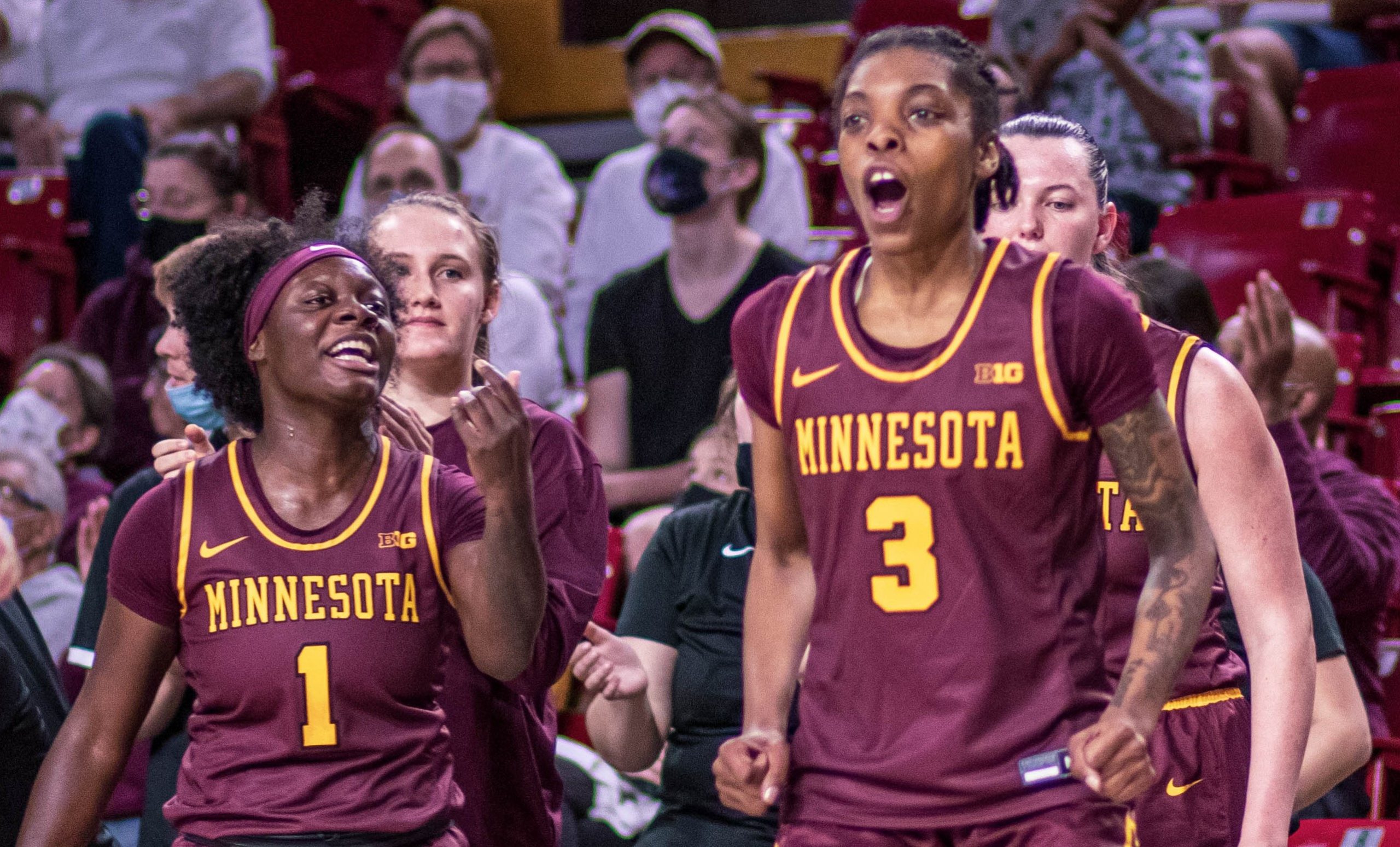 There are approximately 100 African American and other student-athletes of color this school year at the University of Minnesota. In an occasional series throughout the 2021-22 school and sports year, the MSR will highlight many of these players.

Ohio natives Deja Winters (Cleveland) and Alexia Smith (Columbus) grew up and starred in basketball and other sports while living about 150 miles from each other. The two former multi-time all-staters are first-time Gopher teammates this year.

“It’s really a great chemistry between me and her,” said the 5’-8” Smith, a sophomore studying business management, of Winters, a 5’-11” graduate student studying youth development leadership.

Smith came to Minnesota as a top 50-rated player and led her high school, Columbus Africentric Early College, to two state titles. Winters joined the Gophers this past spring as a graduate transfer with one year of playing eligibility after the last two seasons at North Carolina A&T, where she earned her liberal arts degree. She also played at Seton Hall as a freshman and sophomore.

“I just wanted to experience something different,” said Winters. “I just thought this would be a great fit to end my last year, and being able to go to grad school was good, too.”

Minnesota Coach Lindsay Whalen agreed that the grad student, one of four newcomers this season, is a great fit in the program. “As soon as I got here,” recalled Winters, her new teammates “made me comfortable.” The seasoned guard has proven a valuable addition: Winters’ 17 points, a Minnesota career-high, helped the Gophers get past George Washington Nov. 14.

“My offense stems off my defense,” added Winters, a former three-star high school prospect. Over the course of her college career, she has averaged nearly nine points, almost three rebounds and a steal per game. Last season Winters led the MEAC in three-pointers made and attempted, and her 3.06 three pointers made per game was ranked 12th nationally.

“She’s really good at getting to the basket,” said Smith of Winters.

Now in her second year, Smith is usually the first guard off the bench for Minnesota. She admitted that college ball “is really faster, more fast-paced” than high school. “It’s really been a big transition for me, but I’ve been adjusting well.”

Both young women, soft spoken off the court, reported that they have grand plans for their post-playing careers. Smith wants to go into business for herself, perhaps in real estate. Winters said, “I like working with kids in the future. I want to eventually open up a group home back home, something that my grandmother did in Cleveland, Ohio.” But she quickly added that she is going to pursue a pro ball playing career once her college days are over.
Click to expand...