This thread is for the great women who played basketball for Minnesota and their accomplishments at Minnesota.

Lindsay Whalen scored 41 points in an electric performance showcasing amazing moves and inspiring determination. Whalen was on her way to a career of basketball immortality.

She led her team that season to a win in the NCAA tournament before falling to #4 North Carolina.

The next year Whalen would lead the team to the Sweet 16.

The year after that, the Final Four.

She would eventually earn a legendary career in the WNBA leading to the Hall of Fame on the first ballot. She is the winningest player in WNBA history.

She won the 1994 Wade Trophy for the best player in college basketball. She won 1994 Big Ten Player of the Year.

She was named by the NCAA one of the greatest players to ever play college basketball.

She was the leading scorer in Minnesota history at the time.

In high school at Apple Valley she won Miss Minnesota Basketball before wowing fans at University of Minnesota.

She was an unstoppable center.

She is now a parent volunteer in her community, including coaching kids basketball.

Roberts twice was a Wade Trophy finalist for the best player in women's college basketball.

She is the school all-time leading rebounder with 1,413. Set numerous school records, including most free throws in a game, and among statistic leaders in many categories.

She devoted an impressive career to mentoring African American student-athletes.

"If the Big Ten Conference had recognized women's basketball during Roberts' career, she would still hold the conference record for most career rebounds by a margin of 250 over Denise Jackson of Indiana (1981-84)." 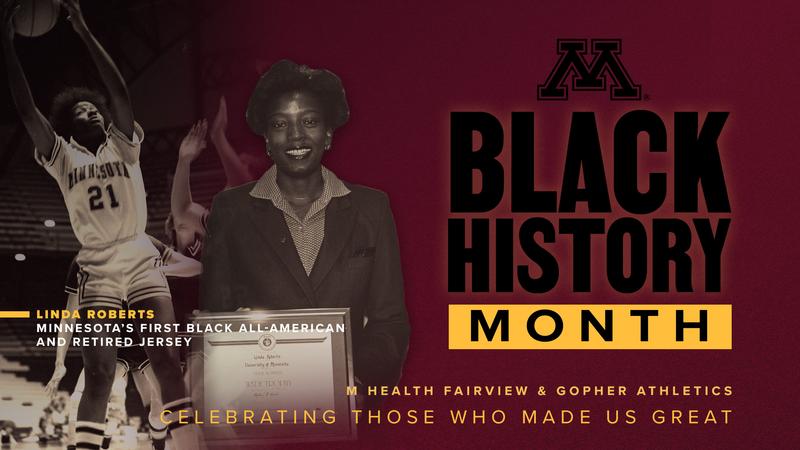 She scored an astounding 3,093 career points at University of Minnesota, at the time a rare statistical feat.

Banham scored 60 points in a game against Northwestern, including 40 in the second half to pull her team from behind. Wow!

As a center she helped power the Gophers to NCAA Tournament appearances with Lindsay Whalen.

Along the way, she made many "wow" plays at Minnesota as though they were routine, such as a stout defense of her basket followed by a long pass across the court perfectly on target to a sprinting Whalen to the basket.

McCarville holds the record for most rebounds in an NCAA tournament with 75 over five games.

McCarville was drafted #1 overall in the WNBA draft. 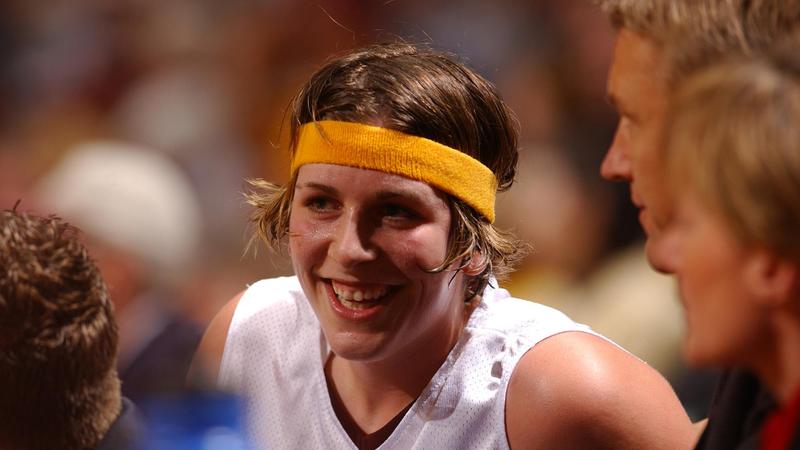 Chronicling the Career of Janel McCarville - University of Minnesota Athletics

Before Janel McCarville's banner gets raised on Sunday, let's take a look back through the career of one of the best to ever wear the Maroon and Gold.

Thanks for compiling these in one spot for folks to reminisce. Let's hope we see some future Gophers on this list soon!