After a busy first week of the women's college basketball season, these five players stood out. Here is this week's starting five:

Big Ten Freshman of the Week Mara Braun of Minnesota introduced herself to the collegiate game by averaging 27.5 points per game in her first two contests, including 34 points and a buzzer-beating shot to take down Lehigh 101-99 on Sunday night. Her 27.5 points per game ranks first in the Big Ten and No. 7 nationally.

Braun's buzzer-beater with 1.7 seconds left was the first last-second winning shot for Minnesota since Feb. 26, 2016, when Carlie Wagner downed No. 5 Ohio State in overtime. Her 34 points are the second most points by a freshman in school history and are the most since Laura Coenen at Wisconsin back on Feb. 18, 1983.


Braun's week started with a 21-point performance in her collegiate debut against Western Illinois in a 74-45 win. That's tied for the third-most by a Minnesota freshman in a debut. Braun is one of two Big Ten players to score 30 or more points in a game this season and are the second most in a game only behind Monika Czinano's 36 against Drake.

Minnesota, 2-0, will next travel to North Dakota State for a Nov. 17 road contest. 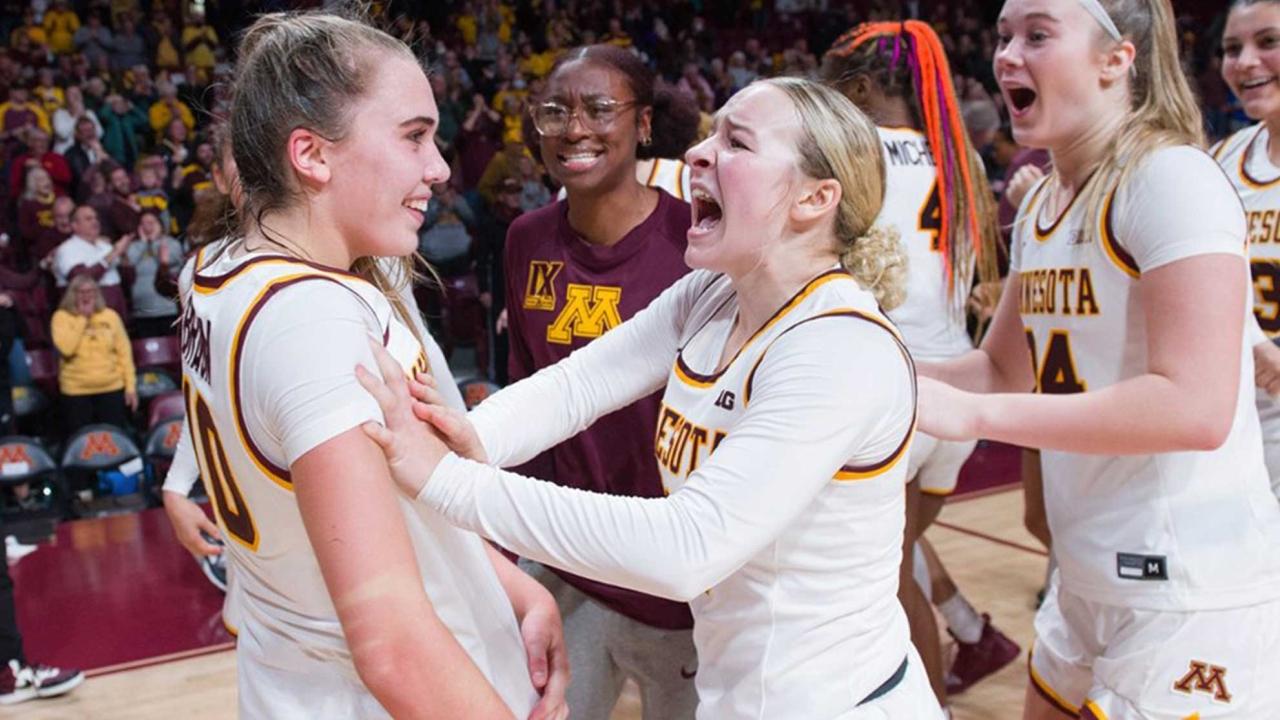 Minnesota freshman Mara Braun had quite the week which included averaging 27.5 points per game and scoring a buzzer-beating three-pointer to sink Lehigh 101-99.

And Callie Cavanaugh from Fairfield!