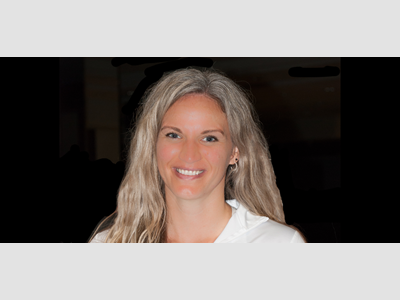 Liz Podominick was announced today as the USA Basketball Women’s National Team program assistant director. She will begin her duties on January 18.
As the assistant director for the USA Basketball Women’s National Team program, Podominick will be responsible for assisting in all facets of the women’s program, including developmental, junior and national team operations and administration.
“I never expected my athletic and professional journey would take me back to the sport I have loved since fourth grade,” said Podominick. “I am thrilled to be part of USA Basketball, and I plan to bring my experiences from the NGB level, and most importantly, as an athlete, to this role, to help keep the USA National Team No. 1 in the world. The expectations are deservedly high, and I am humbled that I will get to learn and grow from the best.”
Podominick joins USA Basketball after more than a decade in the Olympic movement, most recently as the high performance manager at USA Boxing.
“USA Basketball is excited to have Liz join our team,” said Jim Tooley, USA Basketball CEO. "She has great experience within the Olympic family and will be an incredible asset to our women’s national team program.”
Podominick in 2017 was hired at USA Boxing as the national programs and events coordinator before being elevated to high performance manager in 2018. From 2010 through 2012, Podominick worked for U.S. Figure Skating, where she started as an administrator and logistics coordinator before being promoted to U.S. teams manager and finally to project manager, where she aided in the planning and logistics for various U.S. Figure Skating teams, including the 2012 U.S. Youth Olympic Winter Games Team.
Podominick left U.S. Figure Skating to pursue a track and field career and was a two-time U.S. Olympic Team Trials participant for discus. Podominick finished among the top five nationally four times from 2012-16, and was a 2016 U.S. Olympic Team alternate.
A member of the University of Minnesota basketball and track and field teams, Podominick helped the Gophers to the 2004 NCAA Final Four in basketball and was an eight-time NCAA Championship participant in track and field.
At Minnesota, she earned a bachelor’s degree in sociology in 2008 and a master’s degree in kinesiology in 2013

Nice to hear about her career and gad she is back assisting a basketball program.